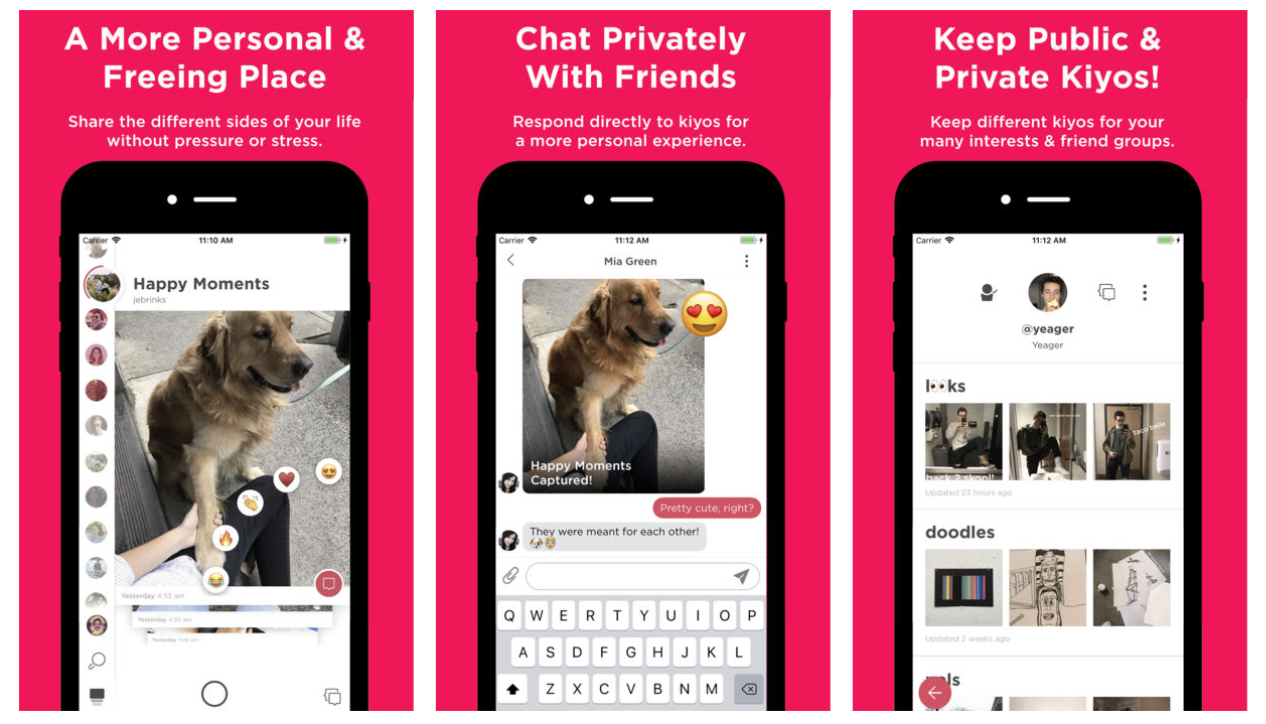 Kiyo’s makers hope to encourage more personal, meaningful online interactions and reduce trolling. It has been tried before, but perhaps this will be the winning shot.

It’s been a struggle for any social media platform to recapture audiences from Facebook, but that won’t stop developers from trying. Especially developers who know that some users have grown weary of “the performative nature of social media.”

Kiyo is a new app presenting itself as a “personal media,” rather than “social media” platform. It was developed by a team led by actor B.J. Novak of The Office fame. Novak and his pals launched The List App, which allowed users to generate and share lists, back in 2015.

The List App never really took off and the company closed it down last fall. However, they were able to raise about $3.2 million and are now repurposing those funds for Kiyo.

Kiyo, pronounced KEY-oh, means memoirs in Japanese, and it’s kind of like Pinterest. Users can create kiyos, or themed albums, to express different aspects of their lives.

Each Kiyo can have a custom audience. And unlike Facebook or other social media platforms, Kiyo doesn’t keep track of the number of views your post gets, and users can’t like, heart, or make public comments. If users have something to say about a post, they have to send you a private message directly.

Kiyo’s makers hope these features will encourage more personal, meaningful online interactions and reduce trolling. Theoretically, people will be less likely to make a nasty comment if they have to message a user directly. Or at least, if they have something mean to say, it stays private, sparing you the public humiliation.

Kiyo is a response to other social media apps that pressure users to “curate the perfect image of your life” and to “stay ‘on brand.’” Nicholas Kraft, Kiyo’s head of marketing and audience development, points out that “people aren’t brands,” and believes that Kiyo is a platform where people can represent themselves more authentically and freely.

The app has been tested in beta and was just released for iPhone.

In this article:Social Media, Tech, The News