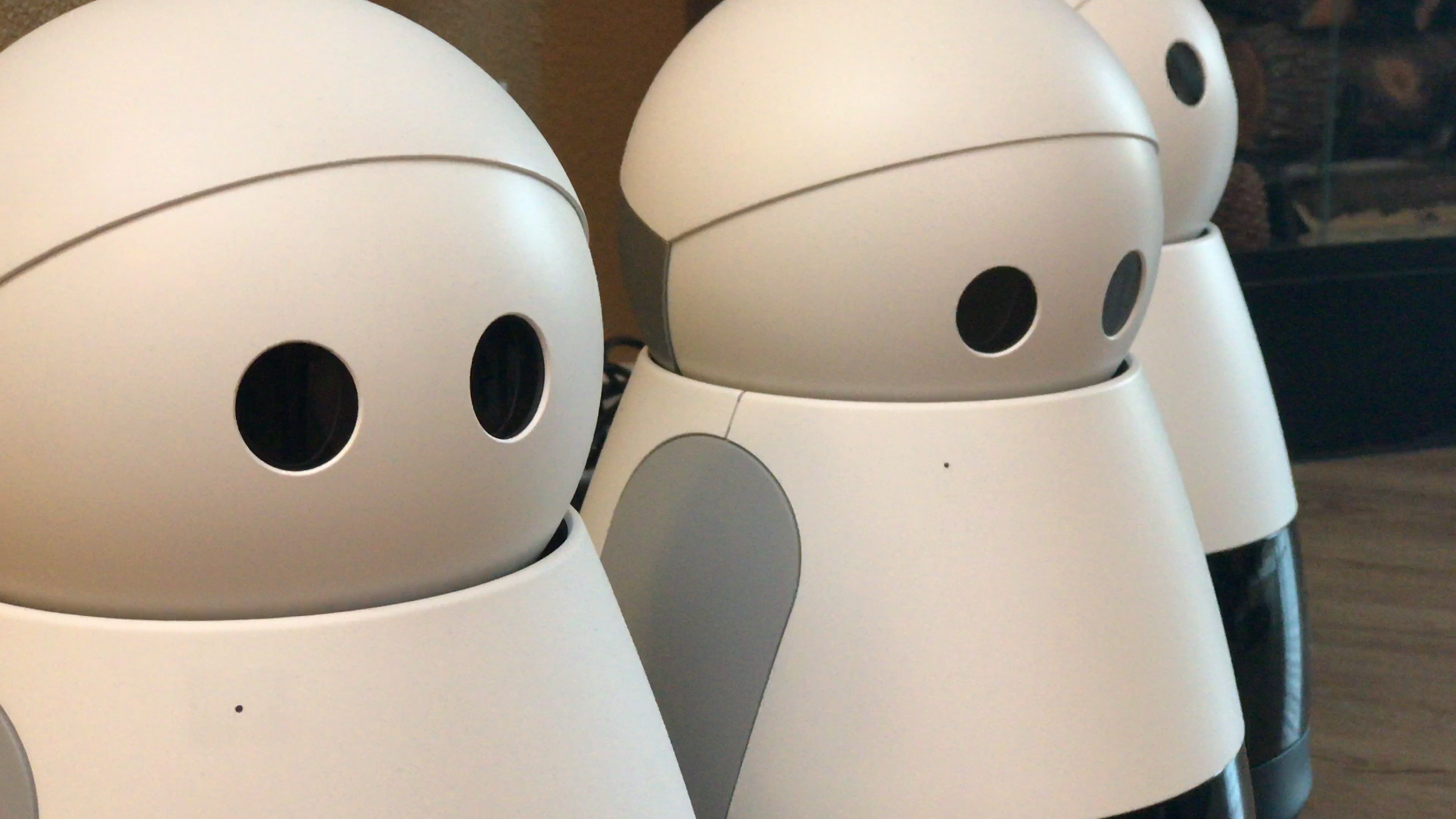 The future is pretty great

Kuri is the household robot we’ve all been waiting for. Chances are by now you’ve already been at someone’s house when they, with a special little twinkle in their eye, said something like “Alexa, change the volume to three” and then looked around, beaming like a new parent, as if to say: isn’t this great? We are in the future.

Read also: Push is a microbot that turns any device into a smart device

And it’s true. Finally some of the sci-fi dreams of our childhoods seem possible. But never has there been quite an *~*omg kawaii*~* domestic bot moment as the announcement of Kuri from Mayfield Robots. Generations that grew up with R2D2 or Rosie Jetson might finally have a product to drool over.

If Kuri reminds you of Wall-E or other cute robots from animated films, it might be because Mayfield actually hired a Pixar animator to assist with the design.

So what does Kuri do? Kuri rolls around on three wheels, responds to voice commands, and has a camera behind one of his expressive eyes that you can use to check on pets or your house from afar.

Kuri has speakers too, but doesn’t talk. Instead, it responds with little chirps and colored lights on its adorable tum-tum-tummy. This is an interesting choice, franky, I think it’s brilliant. With Siri, Alexa, or Cortana, its easy to get frustrated or even be tempted to abuse the personalities when they give you bad directions or search results. Not that I have ever done so.

But Kuri looks like the love child of a puppy and a vacuum cleaner. Only a monster could get mad at a face like that.

“Each inclination of Kuri’s head, each blink of its eye, its body shape and its pacing and locomotion design were all carefully considered, with the thought in mind of building something that was not necessarily optimally efficient or functional, but that was approachable, calming and inviting.” –Darrell Etherington

Kuri has a four-microphone array in its vaguely conical body that allows it to pick up sounds from anywhere in the room. It has sensors that keep it from bumping into things as it follows you around the house. It’s got a powerful processor and uses tools like IFTTT so you can program it to expand and customize it’s features.

What sort of customizations? Well, it can follow you around and play a podcast, it can read to your kids at night, it can play games and wake you up in the morning. Mayfield’s focus was on design and personality more than third party integrations, but you can bet they will follow quickly after the release day. Which, by the way, is pretty soon.

Mayfeild Robotics says Kuri will be ready for purchase at $699 before next Christmas and you can preorder it now with a $100 deposit. Start saving your pocket money now, fellow nerds. It’s time to have a robot in the family.