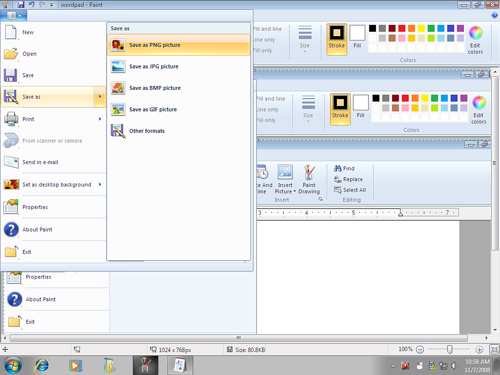 If you’re a Millennial or older, your very first experiences creating or editing digital images were probably on Microsoft Paint. Compared to most image editors nowadays, Paint seems incredibly basic.

Nonetheless, it was a mainstay of Windows, and deserves a nod for being one of the first of its kind.

After a 32-year run, Paint is finally on the chopping block. In anticipation of the release of the Windows 10 Fall Creators Update, Microsoft has officially designated the application as a “deprecated feature.”

While Paint hasn’t been removed from the update, the program will “not be in active development and might be removed in future releases,” according to Microsoft’s blog.

The Microsoft program was born in November 1985 and released with Windows 1.0. It was originally only available in 1-bit monochrome.

The program was always short on features, rarely updated, and the source of a lot of laughable digital “art.” For much of its early life, Paint could only save in BMP and PCX formats. It wasn’t until Windows ’98 that you could finally save your images as JPEG.

Children of the future will never know the joy of spending hours doing this on Microsoft Paint #MSpaint pic.twitter.com/IY6kDxPdc4

There was a major update when Windows 7 was released, but the update still didn’t add a ton of features.

As improved image editors like Photoshop became available, it became a conscious choice to use Paint, and the word has become synonymous for the particular aesthetic of the program. The program always felt a little bit like giving a toddler a bottle of puffy paint. The lines, drawn with a mouse, are inevitably wiggly, and the color selection is limited.

Nonetheless, even modern users seem to harbor a nostalgia for Paint.

The latest Windows update introduced Paint 3D alongside the regular application, which includes features for creating both 2D and 3D images.

RT if you're one of those people who's going to do this just to save MS Paint pic.twitter.com/JSFD2sb4f4

Paint 3D was never meant to be an update and is likely to replace it as Microsoft will continue improving it.

Other on their way

Along with Paint, Outlook Express, the Reader app, and Reading list have all been marked as deprecated.

There’s no telling exactly when these programs will officially get the chop, but it’s safe to say that they’re on their way out.

In this article:microsoft, paint, RIP, The News