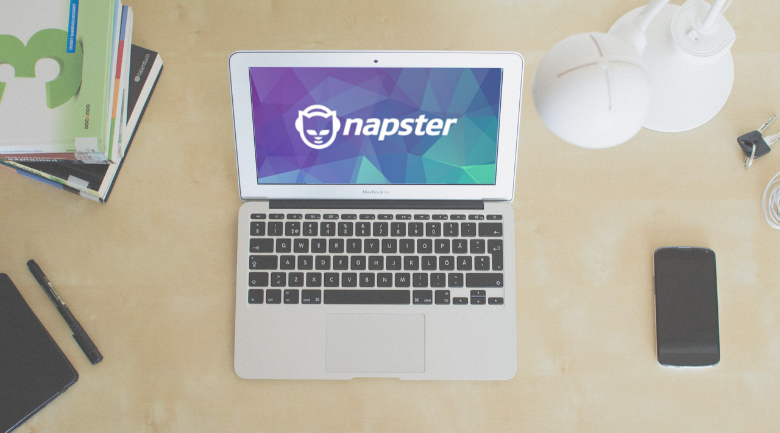 Never too late to go in a new (old) direction

Rhapsody has been struggling against competitors like Google, Apple, Spotify, and Pandora, but they have a plan for a comeback: re-branding. Rather than designing a new logo, or a revamping their platform, they’ve decided to re-brand themselves as an old, familiar face: Napster. Yes, you read that right. Rhapsody plans to re-brand themselves as their recently acquired Napster, in an effort to make a comeback.

Read also: A fun, brief overview of the History of the Internet

Chances are if you grew up, as I did, streaming music (illegally) on the music giant, you remember all the controversy the word “Napster” created. It seems a bit odd, then, that Rhapsody would choose to align their brand with the controversial brand that was Napster.

However, Napster was well-loved and well-adopted before the controversy, so it does make sense that Rhapsody would want to tap into this market.

Napster wasn’t always illegal though, if you remember. Sure, it started out as a gloriously free, magical service that delivered seemingly endless amounts of music and videos if you only had the patience to sit and wait while they were downloaded.

The rise and fall

For anyone who doesn’t remember, Napster was one of the first peer-to-peer music sharing platforms to launch (and it was glorious). Napster gained approximately 70 million users. To say it was successful, is an understatement.

However, Napster also came under fire from musicians and recording companies as Napster was actually changing the way people enjoying music. No more rushing out to the store to buy an album; hop on Napster and download it from a stranger instead. Once Napster was sued and lost in court, they sold out to Roxio.

While Roxio was a successful CD burning software, when it tried to re-launch as a legal Napster-wannabe it failed.

It wasn’t able to offer the same, seemingly endless library that the illegal Napster had done. The brand tried various partnerships, but none seemed to work the way the original had, so in 2011 Napster was sold by Best Buy to Rhapsody.

There really isn’t an answer to the “why” question. With a variety of platforms all offering subscription music services, it seems unlikely that a rebranding will change the way in which people currently view Rhapsody. There is a tremendous amount of heavy competition in this field.

However, Napster was the pioneer of streaming and Rhapsody was one of the first platforms to offer a monthly music subscription service; so, in a way the rebranding makes sense as both have endured many transitions already.

Who’s to say that this won’t be the start of good things for this new Rhapsody/Napster hybrid. Here’s to hoping Napster takes off again. I wonder if anyone has told Metallica.

In this article:Acquisition, Marketing, Napster, Rhapsody