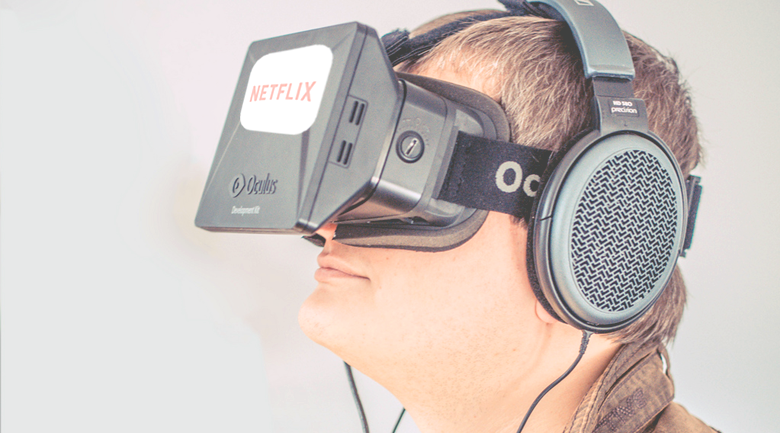 Virtual reality headsets have hit the market, with newer, improved, and more affordable versions coming down the assembly line. On this year’s Black Friday, Samsung will begin selling its Gear VR headset for $99, half the price of its current model. While the old headset was only compatible with two Samsung smartphones, the Galaxy S6 and the Note 4, the new model will work will all Samsung smartphones manufactured during or after 2015. Oculus, the VR darling, also plans to release its Rift headset sometime next year.

Despite the advancements in virtual reality devices, the content hasn’t kept up. Until very recently, there have been limited options for VR compatible videos, leaving consumers wondering it’s really worthwhile to invest in a headset just yet. After all, what’s the point if there’s nothing to watch?

Fortunately Peter Koo, a Samsung executive, announced this week that Samsung will be partnering with Netflix to offer Netflix’s entire video library for the Gear VR headset. Netflix has made a similar deal with Oculus for their Rift headset.

Other entertainment companies will soon follow suit. Hulu, Twitch, Vimeo, and TiVo are all working towards providing virtual reality content, while film production companies Twentieth Century Fox and Lionsgate will soon be selling and renting films for VR headsets.

It’s clear that tech and entertainment companies are investing in VR technology, ensuring that virtual reality headsets will be more than just a passing fad. Keep in mind, however, that until Hollywood starts filming specifically for the virtual reality experience, wearing a VR headset will simulate the experience of the virtual home theatre, but will not allow the viewer to watch the film from different angles or explore the world of the film.

To get a better idea of where VR technology is headed, check out Facebook’s spherical videos app.

In this article:netflix, Tech, vr