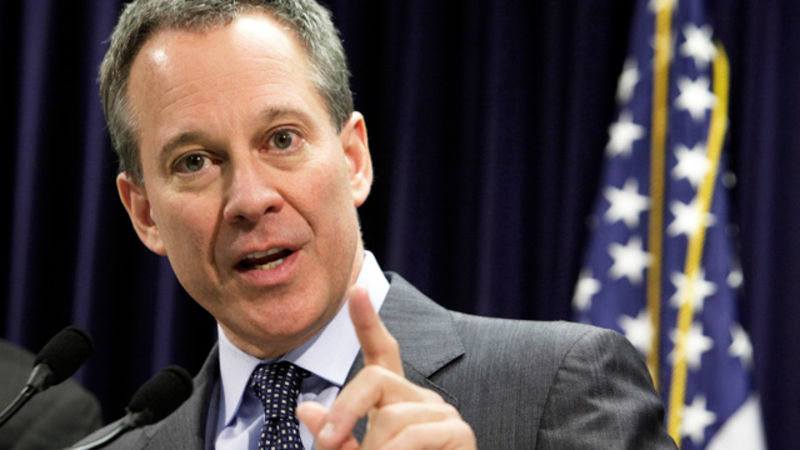 New York Attorney General Eric Schneiderman has joined the growing ranks of individuals infuriated by the recent net neutrality vote with one of the first legal challenges brought against the commission: He’s going to sue.

Building on his investigation into a vast amount of bot-generated, anti-net neutrality comments posted on FCC pages earlier this year, Schneiderman is determined to stop the FCC’s rollback of net neutrality in its tracks.

“The FCC’s vote to rip apart net neutrality is a blow to New York consumers, and to everyone who cares about a free and open internet,” he said in a statement. “The FCC just gave Big Telecom an early Christmas present, by giving internet service providers yet another way to put corporate profits over consumers. Today’s rollback will give ISPs new ways to control what we see, what we do, and what we say online. That’s a threat to the free exchange of ideas that’s made the Internet a valuable asset in our democratic process.”

The list of states joining in Schneiderman’s fight is to-be-determined, but the 18 state attorney’s who signed a letter urging the FCC to delay their vote will likely participate: Virginia, Delaware, Hawaii, California, Kentucky, Massachusetts, Iowa, Illinois, Maryland, Maine, Mississippi, Oregon, Pennsylvania, North Carolina, Rhode Island, Washington, Vermont, and the District of Columbia. The multi-state lawsuit is expected to come out in the next few days.

Meanwhile, since Schneiderman’s announcement on Thursday, Dec. 14, attorney generals in Illinois, Oregon, Massachusetts and Washington have also announced suits against the commission.

Our office will consult with other state attorneys general in the wake of the FCC’s decision to repeal #NetNeutrality. It’s likely there will be a multistate legal challenge.

Pennsylvania isn’t backing down either, according to Attorney General Josh Shapiro:

UPDATE: The FCC may have voted to end #NetNeutrality but the fight is not over. I plan to take legal action to protect consumers and block this move by the FCC.

A lawsuit isn’t enough for Washington Governor Jay Inslee, who has outlined how his state plans on bypassing the FCC’s ruling that bans states from introducing their own net neutrality rules.

Right alongside Inslee, California state Senator Scott Wiener has promised to draft similar legislation for California within the next 60 days.

We will continue to follow these announcements and legal actions as they develop.

In this article:net neutrality, The News