The future of Google Now

Android smartphones and tablets come with “Google Now” which allows users to set meetings, manage their calendar, check out the weather, get local restaurant or event suggestions, and more, all from within one spot and controlled via type or voice.

If sports scores, searches, and driving directions aren’t enough for you, there are rumors that Google Now will now remind you to do certain tasks in the presence of certain people and will remind you of where you parked.

The Android Police uncovered some lines of code in the Google Now app that indicate parking location reminders may soon be on the way. It makes perfect sense, given the improved capabilities of location sensors in our phones. The image above is a mock up of how they believe the new feature could appear.

“Google Now will allegedly detect when you get out of your car,” reports the Android Police, “and attempt to remember that location for later, serving you a card with Google’s best guess as to where you left your vehicle — including a location and what time you parked. Presumably, users will be able to hit the map on the card and navigate back to their car, though there’s a button below the map that would seem to offer the chance to correct Google.”

In light of Siri’s popularity, and Microsoft announcing Cortana, a Siri competitor, Google appears to be stepping up their game.

Other rumors about Google Now

Google Now is rumored to be a bill payment reminder system soon, and events will automatically be generated from your communications and alerts based on people who are near you. The Android Police report that Google Now will be adding “who” to the existing “when” and “where” options for smart reminders, so you can get reminders when they are “with” or near a specified contact. 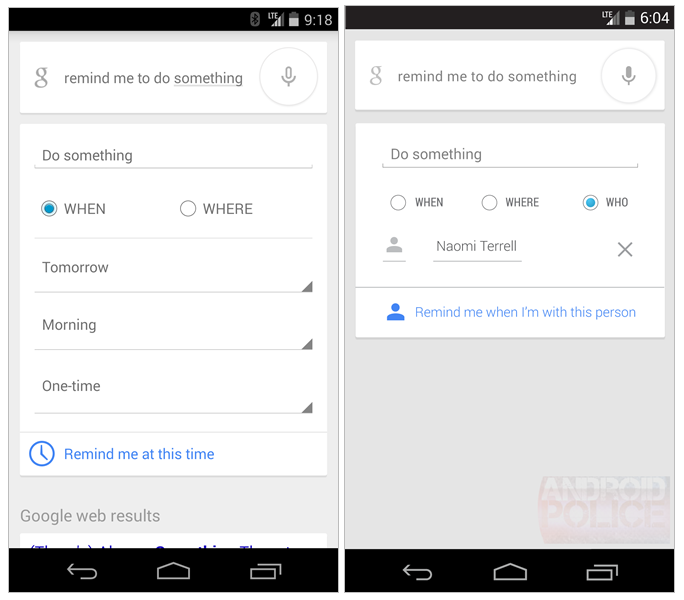 “How this will be executed is unclear for the moment,” they note. “Presumably, it would rely on Google’s optional Location Sharing feature (part of Google+), meaning that in order to be served a reminder based on your proximity to another person, you that person would need to be sharing precise location with you.”

It’s time to keep your eye on changes coming to your Google Now app, because if these rumors are true, Google’s serious about winning and they’re producing some meaningful updates for you.

In this article:google, google now, Technology