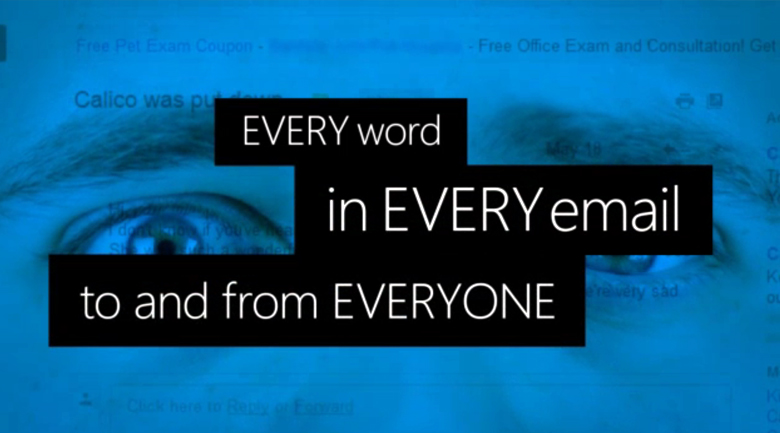 Microsoft’s Scroogled campaign is back

Microsoft launched a web and television ad campaign and accompanying Scroogled website, criticizing updates made last fall to Google Shopping which began features paid results, and heated up the politics behind the pay-to-play versus organic search results.

The most recent campaign videos tell consumers, “email between a husband and wife or two best friends should be completely personal,” but attacks Gmail for inserting ads on top of and on the side of emails based on the words used in emails. “Gmail crosses the line and goes through every word in every email to and from everyone.”

Microsoft states that there is no opt-out for these ads, and while mainstream users may not be aware, Google Apps users (which is $50 per year) can disable ads. Comparing the two, Outlook is a paid product and Gmail is free, which Google has said repeatedly over time is how the service remains free.

Regardless, Gmail does technically read all messages, and in some cases, as Microsoft points out, they get it wrong. The new Scroogled ad highlights an example of an email about having to put a family’s beloved pet down, but the surrounding ad offers a free pet coupon. Oops. Microsoft is using the campaign to tell mainstream users that they respect privacy.

Fully 70 percent of Americans didn’t believe or didn’t know whether any major email service provider scanned the content of personal emails in order to target ads, and 83 percent say it is an invasion of privacy.

The practice is disapproved of by 88 percent of respondents, 52 percent saying they disapprove strongly, and 88 percent of email users say that email service providers should allow users to “opt-out” if they prefer that the content of their emails not be scanned in order to target ad.

Furthering Microsoft’s point, 89 percent of respondents say that email service providers should not be allowed to scan the content of personal emails in order to target ads.

Although Gmail has been around for nearly a decade, Microsoft is getting aggressive with their marketing, taking on Google directly as understanding of technology is no longer a foreign language as the average person can understand the basic concepts being attacked in “Scroogled” ads.