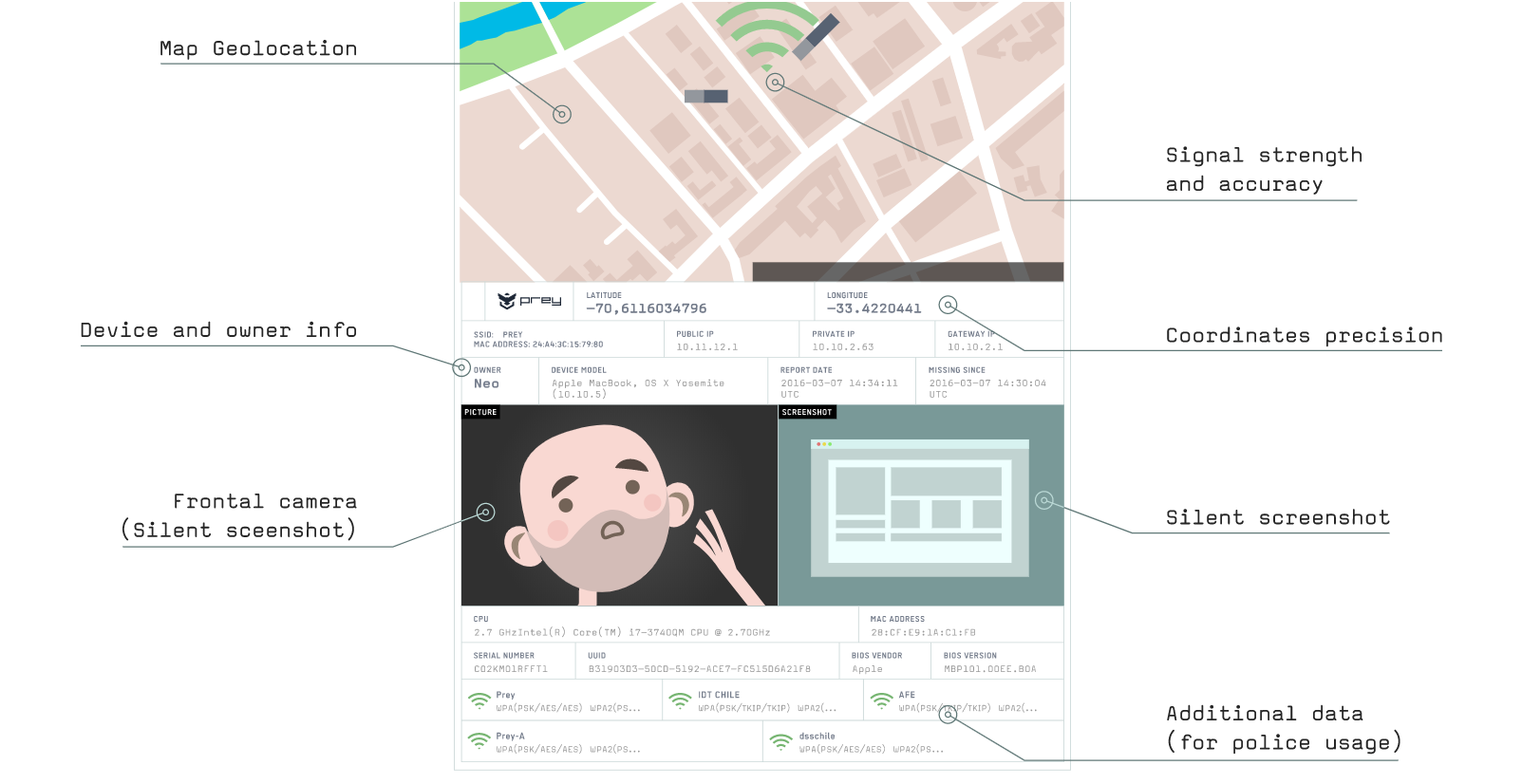 In an ideal world, you wouldn’t have to worry about your phone or computer being stolen – and, in the event that it was stolen, your device’s “Find My Device” app would be enough.

Unfortunately, prophylaxis is the best (and often only) defense against smartphone thieves, which is why an app called Prey is a head above the pack.

Prey takes the process one step further: it takes a picture of the person who stole your phone and uploads it to a server for your viewing “convenience” (we’re assuming that not much about your current situation is convenient if your smartphone’s gone). This both alerts you to the identity of the person if you know them, or at least gives you a face to show to law enforcement.

Prey’s packed with other features as well, including the ability to entirely wipe your device or pull up coordinates on a world map.

Perhaps the coolest side effect of Prey is its ability to generate far more data for a police report than related apps.

While Find My iPhone and similar services can generate a location and allow you to wipe your device, Prey can use the front and rear cameras for thief identification, retrieve files, take screenshots, and pull up local IP addresses and Wi-Fi networks.

Unlike proprietary device GPS apps, Prey works on all four of the major operating systems (and even Linux, if that’s the kind of person you are), making it much easier for you to streamline your recovery efforts should you lose more than one device at a time.

We wouldn’t wish losing a bag full of your precious electronics on many, but it’s not impossible.

As with any technology, there’s a downside to Prey, and in this case, it’s the sheer potential for damage, should Prey’s data access be compromised. The ability to find one’s location and details such as IP addresses and networks is extremely concerning, especially in the wake of the Cambridge Analytica incident – and while Prey asserts that your device’s data won’t even be examined unless you request the service, it’s still a troubling potentiality.

If you’re worried about losing your device(s) and you’re looking for that extra nail in the coffin should you need it, you can check out Prey’s pricing on their website.