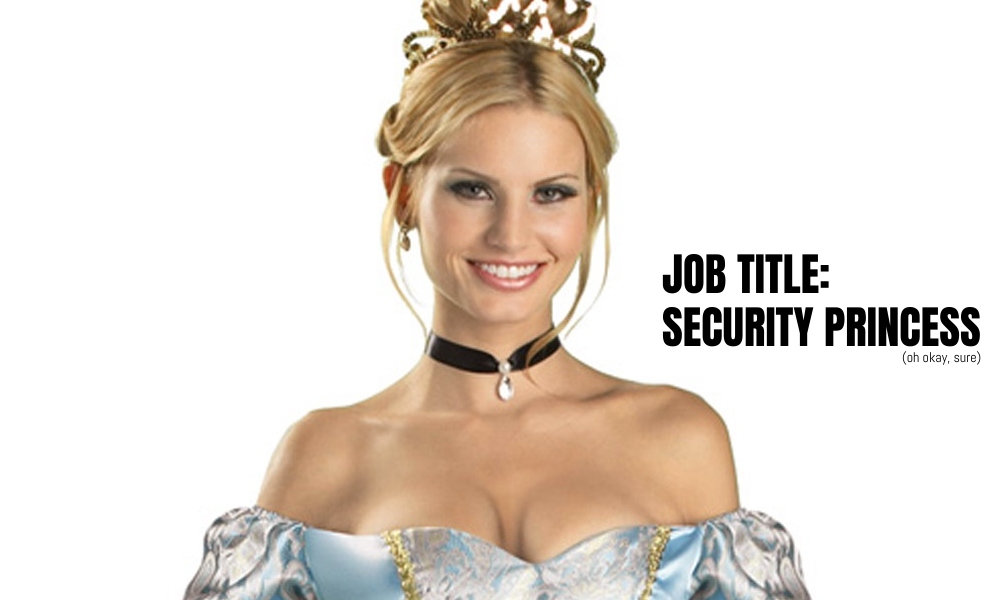 When it comes down to it, the Internet is all about memes and people constantly getting mad about one thing or another. I’m usually playing on the side of memes, but I joined the other group when I stumbled upon a CB list of the 25 Most Absurd Titles in Tech.

Absurd doesn’t even begin to cut it.

This list is a perpetual head-shaker and there’s clearly some stuff going on in the world of tech that needs to get a reality check.

All 25 of these titles are terrible, but I challenged myself to narrow it down to the 10 worst. Let’s work our way backwards.

10. Full Stack Magician – First of all, a small typo in the second word could really change your profession. Second of all, my concept of a Full Stack Magician is the guy walking around Denny’s playing card tricks for a few extra bucks on a Saturday night. How in the world am I supposed to know that “magician” is shorthand for “engineer”? Two very different things, friends.

9. Humbly Confident Product Designer – I don’t know about you, but humble and confident are often times two traits that don’t sit at the same table, let alone work together to describe a job title. As you might guess, it’s someone in product design who is self-assured. And humble about it. To me, this is something that should be determined in an interview personality test and a reason behind why one gets the job of product designer. It should just be included without having to be part of your LinkedIn title.

8. Chief Heart Officer – What comes to mind here is Dr. Webber on Grey’s Anatomy. This title was developed for Claude Silver of VaynerMedia in 2014. “Being Chief Heart Officer means being in touch with the heartbeat of every single person at this agency,” she later wrote. A nice concept, but, come on.

7. Galactic Viceroy of Research Excellence – This one, developed by Microsoft (really, y’all?), has Star Trek written all over it. Apparently it was developed for Microsoft’s researcher, James Mickens, due to his personality. Should your personality really influence your job title? This Staff Writer votes “nope.”

6. Meme Librarian – I put this on here because I’m both jealous and confused. Getting paid to archive memes? Sign me up! But, also, what the hell? According to CB, this title was invented at Tumblr to describe the role occupied by Amanda Brennan, who researches fandoms and trends. The Tumblr team uses the data collected by Brennan’s team to better understand the unique communities, languages, and relationships that emerge on the platform.

5. Remote Funnel Marketing Ninja – Am I supposed to be going to work with this title or mastering a game on Super Nintendo? Responsibilities apparently include “architect[ing] funnels based on customer goals” and “creat[ing] & connect[ing] ActiveCampaign lists to Gravity Forms in landing pages.” Neat job description, but the job title is trying too hard.

4. Tax Wrangler – This is funny to me because I’m picturing getting audited by John Wayne. What it actually means, according to Automattic is, the in-house tax wrangler is in charge of “researching multi-state sales and use tax regulations” and working on “sales, property, excise and VAT taxes” for a company of 600+ people. Ok, sure.

3. Security Princess – Okay, but do I get to wear a beautiful gown and crown? Why the gendering of a role!? This title was designated to Parisa Tabriz at Google where she was formerly a security engineer. Her job was to find holes in the Chrome browser. I’m confused where Cinderella comes into play, but, whatever.

2. Weekend Happiness Concierge – In my travels, this title belongs to whoever owns the couch I’m crashing on any given weekend (I kid). This is simply a customer support agent, with concierge derived from the powerful role in 18th century European courts. To me, it just sounds like someone who brings you an extra pillow at a hotel.

1. SVG Badass – It was hard to pick number one, but I had to go with this. You mean to tell me that you’re going to walk into a networking event filled with other professionals and hand out business cards that say “badass”? In tech events, that will fly, but not outside of that bubble. Change the ‘bad’ to ‘dumb’ and we’ll be on the same page.