Okay folks, after my continuing battle with labrynthitis (minus hearing loss) that looks to continue for another week, I am at least capable now of sporadic physical activity (walking around) and computer use for abbreviated periods before I get all wonky and have to sit still and focus again.

I am confident now that I can manage about 30 minutes online here and there, so I’ve decided to set a date with all of you on Twitter!  This week, from 9:00pm-9:30pm (central time) I will be on Twitter and I invite all of you to join Benn (@agentgenius) and I (@LaniAR).  Often, Tweet-Ups (what we call a physical meet up of people you know from twitter) are held at restaurants, but that’s not my pace, so let’s try meeting up online this week– whatdya say?Because many of my Twitter friends are not in real estate, these will be the ridiculously lame topics I’ll cover, so invite your friends, open a beer (or pop a promethazene) and hop on the ol’ Twitter:

(SOCIAL MEDIA) This new feature for Instagram opens avenues for viewers who don’t or can’t use audio on IGTV videos, creating more accessibility for all.

In an effort to expand accessibility efforts, IGTV videos on Instagram will now include an auto captions option. While its parent company, Facebook, has included auto captions on uploaded videos since 2017, this new-for-Instagram feature is expected to widen audience viewership and increase potential viewing by those who prefer watching sans-audio.

In a statement by Facebook, the company states: “While there is no shortage of information, not everyone can access it. It needs to be available to the hundreds of millions of people in the world who are deaf or hard of hearing. According to the World Health Organization, over 5% of the world’s population – or 466 million people – have disabling hearing loss, and that is projected to increase to over 900 million by 2050.”

Current events have made the need for auto captions even more critical for inclusion. “The rapid spread of the COVID-19 pandemic caused a spike in both the supply and demand of public health information. Several local and state governments, that were accustomed to holding live press conferences but didn’t have the resources, staff or technology to record, stream, and caption their live events, turned to Facebook Live. Several governments also discovered that video captioning was not just a nice-to-have, but imperative, especially in the absence of available sign language interpreters,” states the company.

Currently, Facebook provides auto captions for videos in 16 languages and has announced that Instagram’s IGTV will have access to the same features. The caption accuracy is determined by the video’s audio quality, although AI technology is constantly improving in both precision and speed.

Additionally, branded content ads are likely to see an increase in consumer interaction. Recently published data by Facebook shows ads visually designed for watching with the sound off have 48% more relevance to viewers and a 42% higher purchase intent. As auto captions normalize across social media, users can expect ad content to utilize this feature to the fullest.

The actual reasons people choose to work at startups

(EDITORIAL) Startups have a lot going for them, environment, communication, visible growth. But why else would you work for one? 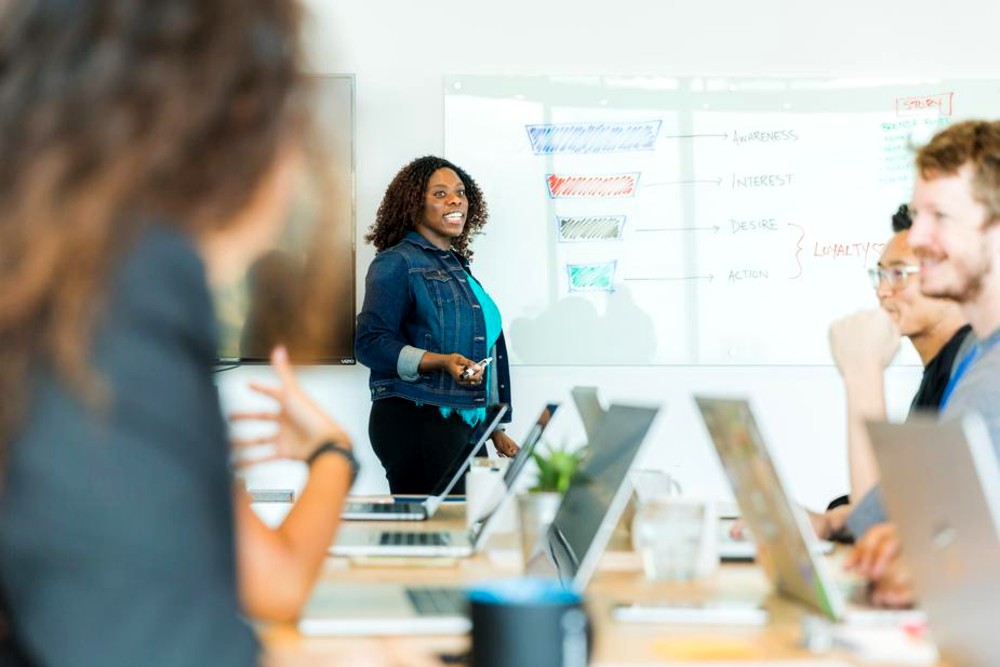 Startups are perpetually viewed as the quintessential millennial paradise with all of the accompanying perks: Flexible hours, in-house table tennis, and long holidays. With this reputation so massively ingrained in the popular perception of startups, is it foolish to think that their employees actually care about the work that startup companies accomplish?

Well, yes and no.

The average startup has a few benefits that traditional business models can’t touch. These benefits often include things like open communication, a relaxed social hierarchy, and proximity to the startup’s mission. That last one is especially important: While larger businesses keep several degrees of separation between their employees and their end goals, startups put the stakes out in the open, allowing employees to find personal motivation to succeed.

When employees find themselves personally fulfilled by their work, that work reaps many of the benefits in the employee’s dedication, which in turn helps the startup propagate. Many aspiring startup employees know this and are eager to “find themselves” through their work.

Nevertheless, the allure of your average startup doesn’t always come from the opportunity to work on “something that matters.”

Tiffany Philippou touches on this concept by pointing out that “People come to work for you because they need money to live… [s]tartups actually offer pretty decent salaries these days.”

It’s true that many employees in their early to late twenties will likely take any available job, so assuming that your startup’s 25-and-under employee base is as committed to finding new uses for plastic as you are may be a bit naïve—indeed, this is a notion that holds true for any business, regardless of size or persuasion.

However, startup experience can color a young employee’s perception of their own self-worth. This allows them to pursue more personally tailored employment opportunities down the road—and that’s not a bad legacy to have.

Additionally, startups often offer—and even encourage—a level of personal connection and interactivity that employees simply won’t find in larger, more established workplaces. That isn’t symptomatic of startups being too laid-back or operating under loosely defined parameters. Instead, it’s a clue that work environments that facilitate personalities rather than rote productivity may stand to get more out of their employees.

Finally, your average startup has a limited number of spots, each of which has a clearly defined role and a possibility for massive growth. An employee of a startup doesn’t typically have to question their purpose in the company—it’s laid out for them; who are we to question their dedication to fulfilling it?

How Peloton has developed a cult-following

(OPINION EDITORIALS) How has Peloton gotten so popular? Turns out there are some clear takeaways from the bike company’s wildly successful model. 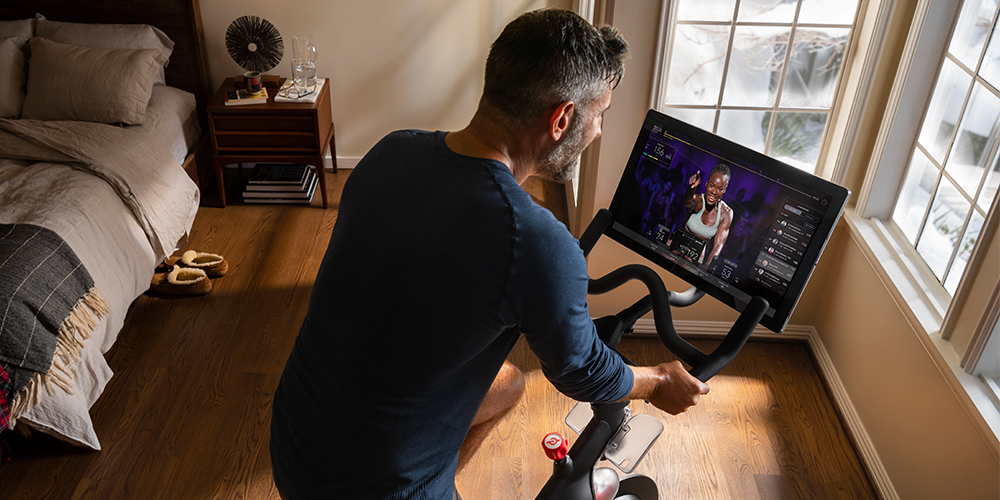 Peloton is certainly not the first company to gain a cult-like following–in the past we’ve talked about other brands with similar levels of devotion, like Crossfit and Yeti. Now, full disclosure: I’m not an exercise buff, so while I’d vaguely heard of Peloton–a company that sells stationary bikes–I had no idea it was such a big deal.

I mean, it’s not really surprising that an at-home bike that offers the option for cycling classes has grown so much during the pandemic era (a sales growth of 172% to be exact). But Peloton has been highly popular within its fanbase for years now. So, what gives? A few factors, actually.

If your company really wants to guarantee the vision and quality you’re aiming for, one of the best ways to enact it is through vertical integration, where a company owns or controls more than one part of its supply chain. Take Netflix, for example, which not only distributes media, but creates original media. Vertical integration lets companies bypass areas that are otherwise left to chance with third-party suppliers.

Peloton uses vertical integration–everything from the bike to its Wi-Fi connected tablet to the classes taught are created by Peloton. Although this may have made the bike more expensive than other at-home exercise bikes, it has also allowed Peloton to create higher quality products. And it’s worked. Many people who start on a Peloton bike comment on how the machine itself is well-built.

Takeaway: Are there any parts of your business process that you can improve in-house, rather than outsourcing?

But with people also shelling out $40 a month for access to the training regimen Peloton provides, there’s more going on than simply high-quality craftsmanship.

Hey, plenty of cults have charismatic leaders, and Peloton is no exception. Okay, joking about the cult leader part, but really, people love their trainers. Just listen to this blogger chat about some of her favorites; people are connecting with this very human element of training. So much so that many people face blowback when suggesting they might like training without the trainers!

The trainers are only part of this puzzle though–attending live classes is a large draw. Well, as live as something can be when streamed into your house. Still, with classmate usernames and stats available while you ride, and teachers able to respond in real time to your “class,” this can simulate an in-person class without the struggle of a commute.

Takeaway: People want to see the human side of a business! Are there any ways your company could go live and provide that connection?

Pandemic aside, you can get a decent bike and workout class at an actual gym. But the folks at Peloton have one other major trick up their sleeve: Competition. Whether you’re attending a live session or catching up on a pre-recorded ride, you’re constantly competing against each other and your own records.

These leaderboards provide a constant stream of goals while you’re working out. Small accomplishments like these can help boost your dopamine, which can be the burst of good feeling you need while your legs are burning mid-workout. With this in mind, it’s no wonder why Peloton fans might be into it.

Takeaway: Is there a way to cater to your audience’s competitive side?

At the end of the day, of course, Peloton also has the advantage of taking a unique idea (live-streamed cycle classes built into your at-home bike) and doing it first. Plus, they just happened to be poised to succeed during a quarantine. But that doesn’t mean you can’t learn from what Peloton is doing right to build your own community of fanatics. There are plenty of people out there just waiting to get excited about a brand like yours!