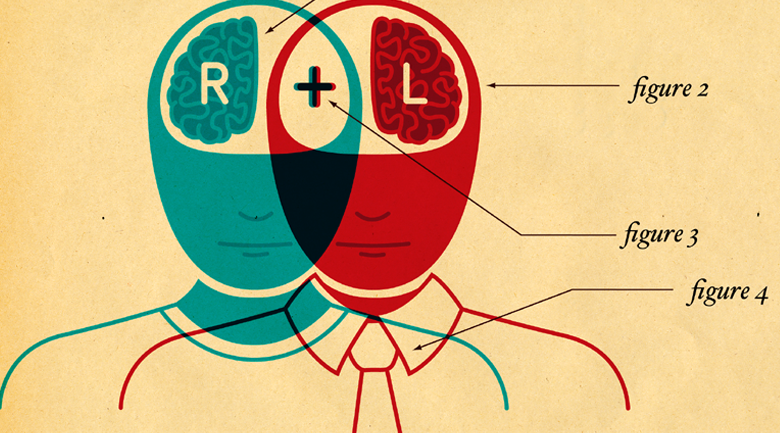 Charlie Claxton is chief creative strategist for UpTop, a full-service, web-based software application design firm that focuses on user experience design, conversion and mobile. He has led successful design efforts for Expedia, Amazon and Microsoft as well as growing early-stage companies and is a frequent speaker on user experience (UX) design and conversion.

Claxton recently shared with us data revealing that every $1 invested in UX yields a $2 to $100 return, a stunning statistic that makes one pause and consider their own brand’s UX. But now that you know that, how do you get your boss (or even yourself) to pull the trigger on that investment? In his own words below, Claxton offers an entire case study:

Looking for ammo to back up that investment in UX design?

Then take a moment with the story of the UX Fund, a year-long experiment in 2006 that inevitably comes up when the UX crowd talks about the value and importance of great user experience design.

The premise behind the UX Fund experiment is simple: companies that deliver a great user experience will see it reflected in their stock price.

Two UX designers, Geoff Teehan and Jon Lax, tracked 10 companies in their UX Fund and invested $50,000 in the fund. The companies, which included Apple, Target, Electronic Arts, Research in Motion (RIM), Progressive Insurance and JetBlue Airways, among others, shared some of the following attributes:

After a year, Teehan and Lax found that the fund grew 39.3 percent growth, beating out all of the major indices. Of course, it’s not a straightforward numbers game, and Teehan and Lax acknowledged that a number of underlying factors – some in their favor, some not – affected the final outcome.

“It’s clear that the fund did well from a performance perspective, beating out all of the major indices,” they wrote the experiment’s summary. “However, that wasn’t the case during the entire hold. Up until September there was usually one index that was outperforming it. On two occasions the fund was actually in the red. It wasn’t [outperforming] until financial news or new product announcements from holdings like Apple, Google and RIM boosted its overall value nearly 30 percent in less than two months.

“Even though the impact that UX has on a company’s stock price is but one of many factors, we feel confident that (UX) was a major contributor to the fund’s success.” (Click here to read the entire post and see the UX fund graphs.) https://www.teehanlax.com/blog/ux-fund-matures-up-393/

So nearly a decade later, why does that matter?

In today’s world, UX firms talk a lot about delivering measurable payoffs that come with providing a seamless and attractive user experience. In other words, people who come to your site or use your app will find it attractive and easy/ pleasant to use. That’s good touchy-feely stuff, but what better payoff could a company ask for than increased revenues and improved bottom line?

(TECH NEWS) AI is only as powerful and intelligent as the teams building it, but we just don’t have the data yet. So perhaps, we just aren’t there quite yet.

Even in the best of times, the human race can hardly be defined by our patience in the face of uncertainty. COVID-19 has rocked our feelings of safety and security. Hospitals have struggled to keep up with demand for care, and researchers are working tirelessly to create a vaccine. Early on in the fight against this virus, some looked to artificial intelligence technology to lead the pack in finding a solution to the global health crisis, but science takes time and AI is no different.

Over two months ago, when COVID-19 was still most prevalent in China, researchers were already attempting to use AI to fight the virus’ spread. As Wired reports, researchers in Wuhan, China attempted to screen for COVID-19 by programming an AI to analyze chest CTs of patients with pneumonia.

The AI would then decipher if the patient’s pneumonia stemmed from COVID-19 or something less insidious. This plan failed for the same reason many pursuits do – a lack of time and data to pull it off.

The United Nations and the World Health Organization examined the lung CT tool, but it was deemed unfit for widespread use. The lung CT tool, and all other AI driven projects, are limited by the humans designing and operating them.

We have struggled to collect and synthesize data in relation to COVID-19, and as a result tools, like the lung CT scans, cannot hope to succeed. AI is only as powerful and intelligent as the teams building it, so perhaps, we just aren’t there quite yet. Our tenacity and optimism continue to drive AI forward, but progress can only be sped up so much.

Like all science, AI has its limitations, and we cannot expect it to be a miracle cure for all our problems. It requires data, experimentation, and testing just like any other scientific pursuit. There are many problems to unlock before AI can be a leader in the driving force for positive change, but its shortcomings do not outweigh its potential. AI couldn’t save us from COVID-19, but as researchers continue to learn from this global event, AI may still save us in the future.

Chrome can now group and color code your open tabs

(TECH NEWS) Do you have too many tabs, and can’t tell what’s what? Google has tab groups that make it easier to find what you’re looking for.

Are you a tab collector? That’s Google’s name for people who have tabs upon tabs upon tabs open on their Google Chrome browser. And while third party apps are already available to help collectors manage tabs, Google is now stepping in with Tab Groups.

Tab Groups, try it here, allows users to color-code, group and add text or emoji labels to separate clusters of tabs in their browser.

Right-click on any tab and choose Add to New Group. A gray dot will appear to the left of the tab and outline it in the same color. Clicking on the dot lets users update the color, label and name the group. Once grouped together, the tab groups can be moved and reordered. They’re also saved when Chrome is closed and reopened.

Google said after testing Tab Groups for months, they noticed people usually arranged their tabs by topic and that appeared most common when people shopped or were working on a project.
“Others have been grouping their tabs by how urgent they are, “ASAP,” “this week” and “later.” Similarly, tab groups can help keep track of your progress on certain tasks: “haven’t started,” “in progress,” “need to follow up” and “completed.”

Of course, this new feature does nothing to dissuade users from opening too many tabs, despite research that says multitasking may change the structure of your brain and Chrome is notorious for using too much RAM. So now you can’t concentrate, and your computer is running hot and slowing down.

A solution? Use Chrome extensions such as The Great Suspender, which suspends tabs that have been inactive for a specific amount of time. Don’t worry, you can whitelist specific websites so if you always need a tab for Twitter open, it won’t be suspended.

Another tip is to focus on one task at a time using the Pomodoro Technique, breaking tasks and your workday into 25-minute bursts of productivity with five-minute breaks in between. FocusMe uses a timer and website blocker to reduce the risk of getting distracted. You’re on the internet, after all.

Quarantine bod got you down? AI trainer Artifit lifts you up

(TECH NEWS) If staying home has caused some unfortunate weight gain, Artifit can help you keep your home body fit during and way after quarantine is over.

Mandatory lockdown’s have changed people’s routine’s in every conceivable way. From the way we work and cook to how we exercise. Home workout routines have been a hot topic in the last couple of months. People are trying to find a way to retain some sense of normalcy and maintain their healthy lifestyles We’ve all heard jokes about the so called “Quarantine 15” online and maybe you’ve even made a disparaging comment or two about your weight since gyms closed.

To be clear, there is nothing wrong with a little weight gain the face of a global pandemic. The world is changing, your life is changing, and times are scary. Be gentle with yourself and those around you.

If you are looking for a way to get regular workouts back into your life and YouTube videos just aren’t cutting it, there is a high-tech solution. Artifit is an AI personal trainer designed to make your solo workouts safer and more effective. The app acts as your personal trainer by creating your workout plans, tracking progress, and providing posture corrections.

The app uses your phone’s camera to track your reps and spot errors in form while providing real time audio feedback. According to the app creators, [Artifit] recognizes 20 major joints movements via mobile camera, and we are constantly working on adding new joints and improving the algorithm.”

Beyond the workouts, Artifit taps into your competitive side by providing you with a score at the end of each work out that you can then share with friends. The app measures and analyze your progress over time and uses this data to create a workout plan that is best suited for you.

There are a ton of reasons you might be looking for a tech-driven approach to your workout routine. Most of us already rely on technology to track out movement in one way or another – think about the Health app on your phone or your Fitbit. Working out from home isn’t for everyone, but some are thriving under a more flexible schedule and want to keep it that way.

If you are not sure when you’re going to feel comfortable going to the gym again or you no longer want to fuss over scheduling appointments with a personal trainer, this could be the app for you. Artifit can help you keep your homebody tendencies intact way after quarantine is over.

Reopening the nation: Best done by sector or calendar?