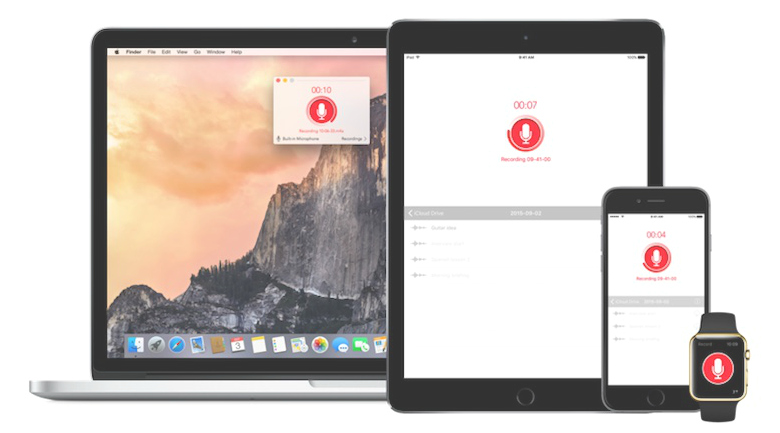 Many exasperated Apple users know that the Voice Memos app available for Apple products is extremely useful for the iPhone and iPad, but isn’t accessible to the Apple Watch. That’s where Just Press Record comes in.

While Just Press Record works on the iPhone, iPad and on Macs themselves, its best application is for the Apple Watch itself. Though the watch alone can record audio and play the audio back, it can’t sync up with a computer.

Just Press Record, however, has direct access to the Apple Watch’s microphone and can play audio directly back from the watch’s built in speaker.

It also syncs everything you record with iCloud Drive, in neatly organized .m4a files in folders filed by date. As your recordings are now saved neatly in the iCloud, they are available to peruse on your computer, phone, or your watch.

Super easy to use

The app itself is a breeze to use. Once it’s open, tap the red microphone button on the screen to record, then tap it again when you’re done. It’s extremely user friendly and the audio recordings actually send themselves to the iPhone once they’ve been saved.

Just Press Record can even be used in Airplane Mode – if you’re brave enough to make voice recordings on a crowded airplane.

So if you often find yourself making notes on your Apple Watch and then attempting to transcribe it all onto your computer later on in the day, save yourself a step. Download the Just Press Record app and send your voice notes directly to your computer.