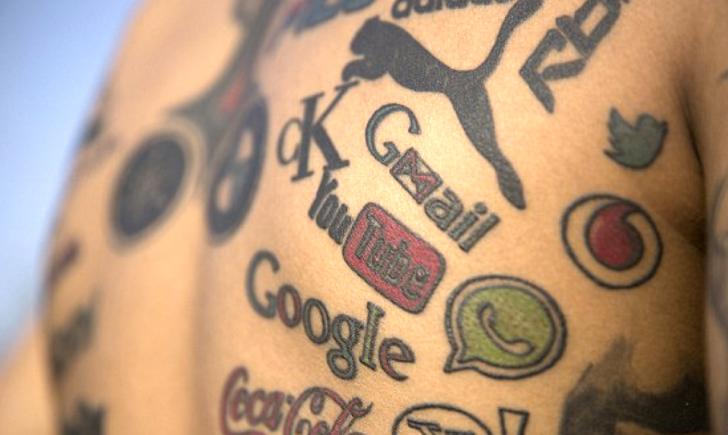 In 1954, famed Chicago advertiser Leo Burnett had a client with a problem. Marlboro cigarettes were a staple of the market for decades, but they were losing ground with men. Their previous advertising campaigns focused on the notion that Marlboro cigarettes were safer because they were filtered. In the mindset of the times, a safer cigarette was considered to be a woman’s cigarette. Market research indicated men would consider a filtered cigarette, but were ashamed to be seen smoking what they considered to be a “woman’s cigarette.”

Read also: Where are the most tattoo-friendly places to work?

Burnett’s group decided to give the brand a masculine image. They avoided all claims about health, instead focusing the public’s attention on what they perceived to be the bastions of masculinity. A variety of masculine images were paraded in front of the public: construction workers, businessmen, sailors, and soldiers, among others. All were featured with a very visible tattoo on the backs of their hands, thus sublimating the image of the tattoo with masculinity.

The tattoo was the center of subsequent campaigns until marketers noticed an overwhelming positive response to the images containing a cowboy. The tattoo was dropped from sight, the cowboy moved front and center, and the “Marlboro Man” was born.

If it hadn’t been for the cowboy, though, we’d continue the association of the tattoo with its perception in the 1950’s: masculine, rough and tumble, and not for the faint of heart.

And now: the work tat

Times have indeed changed, though. Flash forward 60 years and the tattoo is not considered the image of the outlaw, but a mainstream accessory for both men and women alike. Having a visible tattoo in many professions is no longer considered taboo or an automatic bar to employment in many professional fields.

In fact, some young professionals are now getting work-related tattoos.

As Anna Davies notes, the pieces are significant to the individual. The tattoos are a marker of a surprising success, or of where they spent the formative years of their professional career.

“I know I want to get a tattoo, and I’m absolutely thinking of getting a logo of my company,” says Leanne Weekes, a Miami-based publicist, speaking to Davies.

“It would be a private reminder of all of the times I could have or should have given up. To remember always the community of people who took a chance on a humble graduate with big dreams.”

This isn’t just a solo decision. Many work groups are getting inked together to celebrate or commemorate as a team.

So, a good idea or not? As with any permanent modification to one’s body, it’s something that you should do for you. What you do with your body is your choice, and your choice alone. Reflect on which images and placements are meaningful to you. Once you’ve made certain that you’re totally comfortable with the idea, make sure that your employer and/or your profession are as well, especially if the location of the tattoo is visible when you’re in professional dress.

While many employers and professions have relaxed prohibitive rules against visible tattoos, many are stricter.

Even if the rules might be off the books, there may be lingering unspoken ones that could quietly derail your career.

You don’t want a celebration of your work today to prevent you from continued advancement in days ahead.

If you’re gonna do it…

Don’t be afraid to take your design to several tattoo shops to make certain the artist is comfortable with your ideas and can execute them to your satisfaction in an attractive and sanitary fashion.

You don’t want to turn what’s meant to be an eternal reminder of a crowning professional achievement into an Internet meme due to poor artisanship, or worse, live with an infected mess.

Be proud of yourself and your achievements, and wear your tattoo with pride. In darker moments that may be ahead, it’s always good to have a reminder of the amazing work that you’ve done in the past with or without colleagues, and know that you’re going to do the same again in the future. You’ve worked hard, had fun, and want to remember the wins and the people who earned them with you forever. Inking up is a fantastic way to keep those memories close at hand.

In this article:brand, career, tattoo, The News