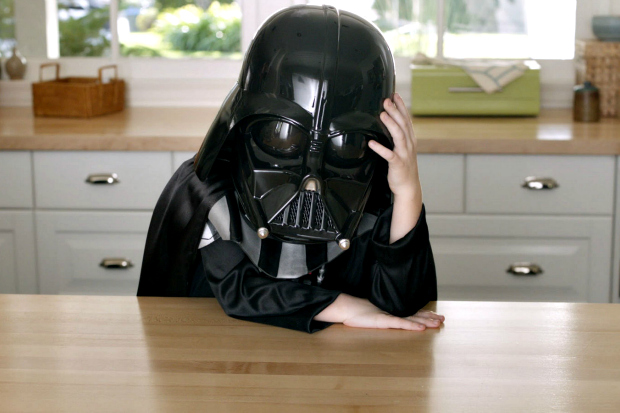 We recently reported that in October alone, there were over 200 billion web video views by 1.2 billion viewers, revealing a rapid acceleration of use of web video by consumers. YouTube now delivers 2 in every 5 videos watched in the world and remains the top destination for video viewers, and while Facebook has nowhere near the volume of video views as YouTube, the social network is quickly catching up.

Below is an amazing interactive infographic outlining the most shared video ads from the past five years, built by Unruly Media whose focus is not on the viewing of web video but the sharing of video. AdWeek notes, “look at the Dove “Evolution” spot from 2006 or the Cadbury “Gorilla” spot from 2007. Those were considered viral juggernauts at the time, but had just a tiny fraction of the shares of any of 2011’s top five.”

The interactive infographic is updated three times every day so the view count is accurate, and hovering over any circle plays the actual video without sound, while clicking it launches a full screen version of the web video.

If you were to have guessed without seeing this infographic, which video would you have thought to be the most shared? Old Spice? The weird Evian babies? Tell us in the comments if your guess was right. 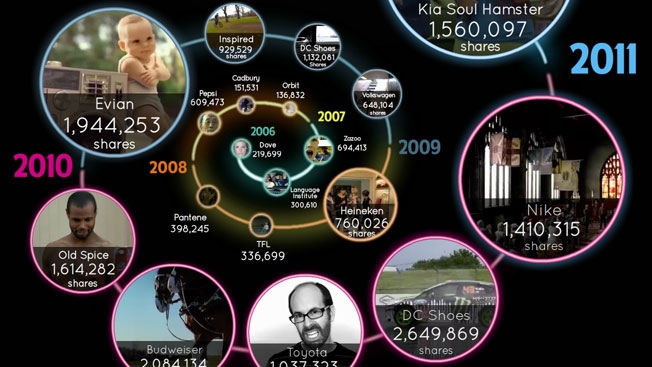 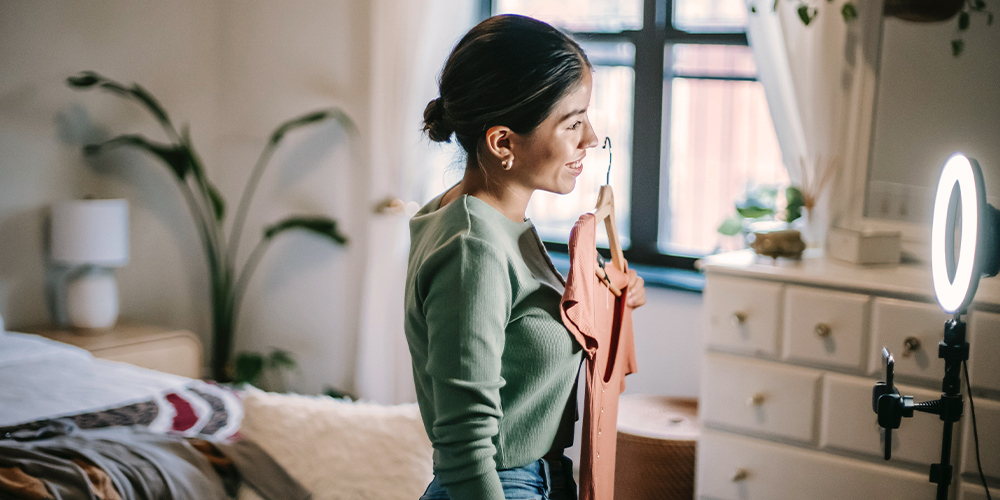 Put a Pin in it: Pinterest Premiere invests in video advertising

(BUSINESS MARKETING) Pinterest has announced its new marketing tools and is strongly focusing on video advertising with Pinterest Premiere.