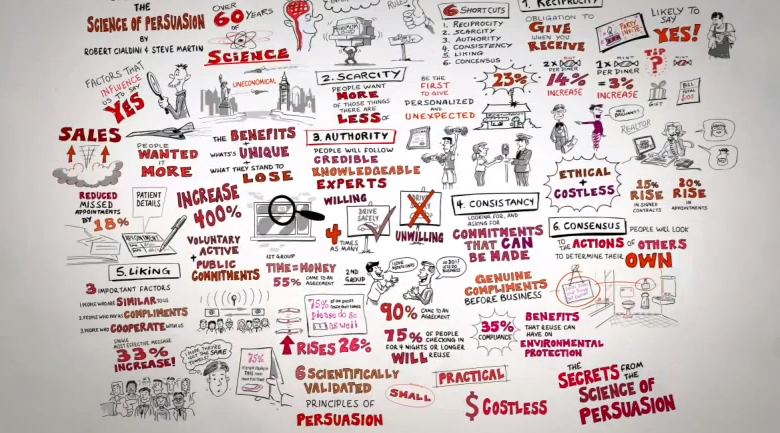 Persuasion and your company’s bottom line

Who doesn’t want to get their way more often? Without having to perform any magic feats, hypnotism, or psychological tricks, scientists have hypothesized, tested, and proved many theories regarding persuasion, helping people understand how to persuade others to say “yes” more often.

In the following animated video, the Universal Principles of Persuasion are outlined, as based on the research of Dr. Robert Cialdini, Professor Emeritus of Psychology and Marketing, Arizona State University. Dr. Robert Cialdini & Steve Martin are co-authors (together with Dr. Noah Goldstein) of the New York Times, Wall Street Journal and Business Week International Bestseller Yes! 50 Scientifically Proven Ways to be Persuasive.

“Researchers have been studying factors the influence us to say ‘yes’ to the requests of others for over 60 years, and there can be no doubt that there is a science to how we are persuaded,” the following video begins. It is over ten minutes long, but can be the difference between your next lead becoming a passing entry in your CRM, and an actual closed deal.

It is said that the world’s geniuses have 24 traits in common ranging from drive, versatility, patience, and yes, persuasion skills. “Geniuses know how to motivate people to help them get ahead. You’ll find it easy to be persuasive if you believe in what you’re doing.”

We’ve talked about increasing your success rate by using tie-down phrases, and Dr. Cialdini ties that into dozens of other methods, using what he calls “shortcuts” which make up an easy formula for improving your persuasion skills.

Dr. Cialdini says the six shortcuts are reciprocity, scarcity, authority, consistency, liking, and consensus as a means of implementing what he calls “small, practical, and often costless changes that can lead to big differences in your ability to influence and persuade others in an entirely ethical way.” 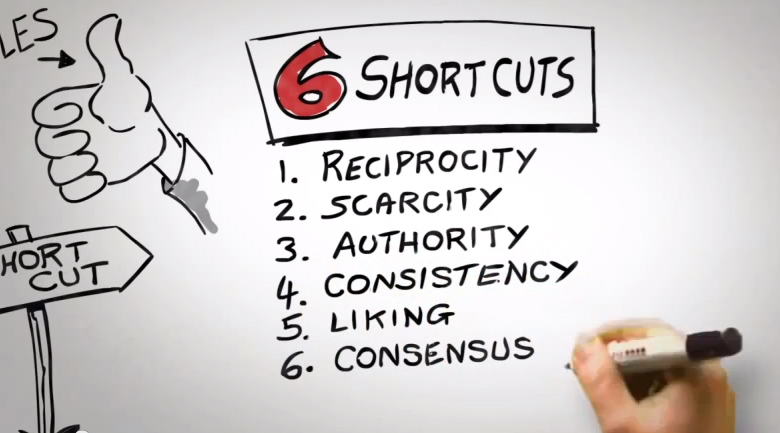 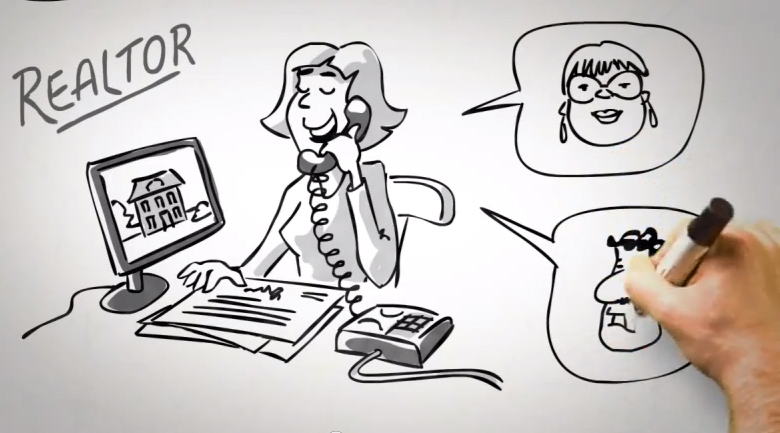 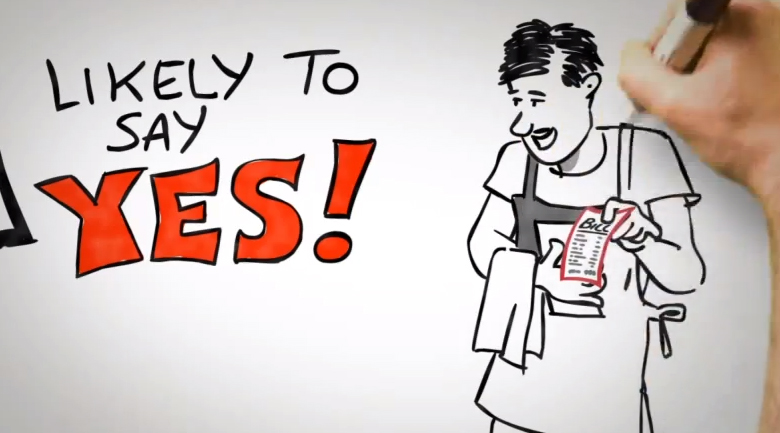 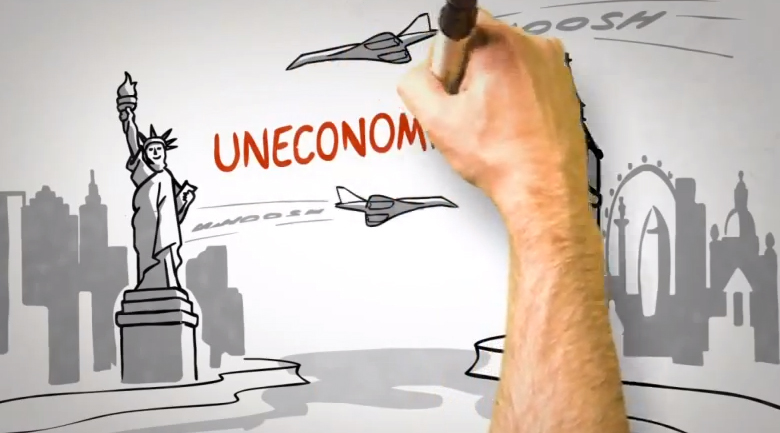 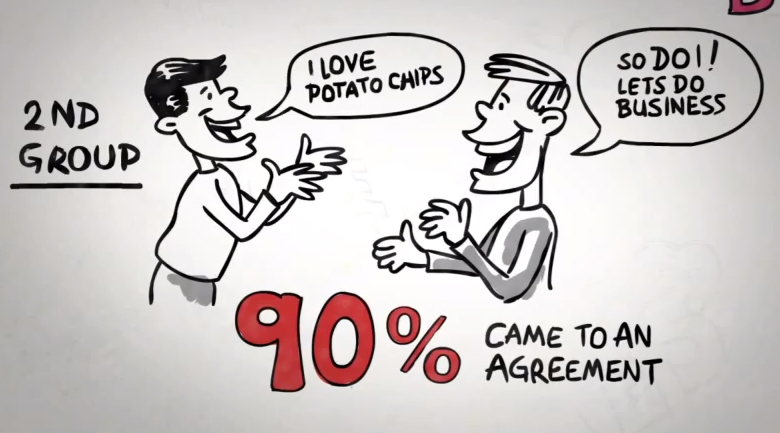 In this article:business tips, Marketing, power of persuasion