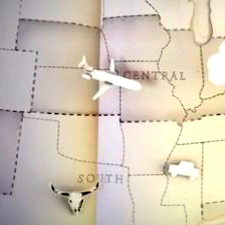 This fall we introduced you to the Vimeo Video School which is a free educational series being released by Vimeo to help everyone from beginner to professional learn how to make higher quality videos. Today, they are laying the groundwork for their next series on teaching people how to create motion design in their videos, but first they have to explain what it is and how it differs from animation.

As expressed in the video above, the line between motion design and animation is thin and blurry, but Vimeo explains, “Traditional animation generally creates characters who tell the story and express themselves. Motion design tends to use graphics to move the plot along instead, and tends to more abstract or symbol based than animation with a central protagonist.”

Below is a video (that contains cussing and pop culture references, you’ve been warned) that without motion design would be the most boring and possibly nonsensical video in history:

Penner advises that motion graphic production is akin to a car – it has momentum and gradually starts and stops, noting that when creating motion graphics for video, “you have to keep several things in mind. Timing and duration is critical for the motion designer to always keep an eye on. Just as in video production, flashing an image on screen too quickly can be jarring and may not get the message across. Conversely, leaving a graphic up for too long can cause the audience to lose interest.”

We’ve been writing for years about kinetic typography videos wherein fonts are manipulated to move with words or music. Below is Vimeo’s example:

Penner writes, “Notice how everything moves “organically”, treating each graphic as if it were a physical object in the real world? As mentioned previously, the quality of the motion will have a big impact on the feel motion graphics can elicit from a viewer. Additionally, tempo also plays a critical role in emphasizing certain points and punctuating transitions. There’s a lot going on in that video so I’d recommend watching it over a few times to note the various techniques and decisions made to convey the video’s message.”