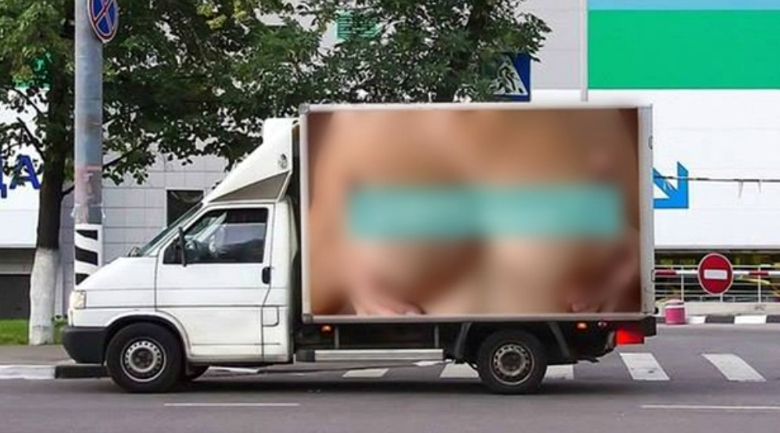 Advertising is designed to grab your attention and be memorable, and in one Russian campaign, it appears that one attention grabbing has gone to a whole new level.

Motorists in Moscow recently got an eyeful of gigantic breasts, shocking 517 drivers into traffic accidents in a single day, according to the Daily Mail.

A Russian mobile ad agency created the ads that showcased a pair of hands holding giant boobs, donning the words, “They attract,” meant to promote the use of the fleet of trucks as ad spaces.

The grand rack was plastered on 30 trucks sent throughout the nation’s capital, proving too hot to handle for hundreds of drivers.

“I was on my way to a business meeting when I saw this truck with a huge photo of breasts on its side go by. Then I was hit by the car behind who said he had been distracted by the truck. It made me late and left my car in the garage, and although I am insured I am still out of pocket,” said motorist Ildar Yuriev.

The police shut it down

Before the end of the day, police rounded up the trucks, ending the campaign. Many drivers have demanded to be compensated for the distraction.

The company that ran the ads has apologized via statement. “We wanted to draw attention to this new format with this campaign. In all cases of accidents, the car owners will receive compensation costs from us that aren’t covered by their insurance.”

Is this a case of being too provocative? There’s nothing wrong with the female body – just ask the multi-billion dollar modeling industry we’re already accustomed to, but there is something to be said for crossing a line.

What if this took place in the U.S.?

But we are left wondering – would this same reaction be had if this were a print ad in a magazine? If it were a late night tv ad? Probably not, because the lesson to learn here is that context matters in marketing. 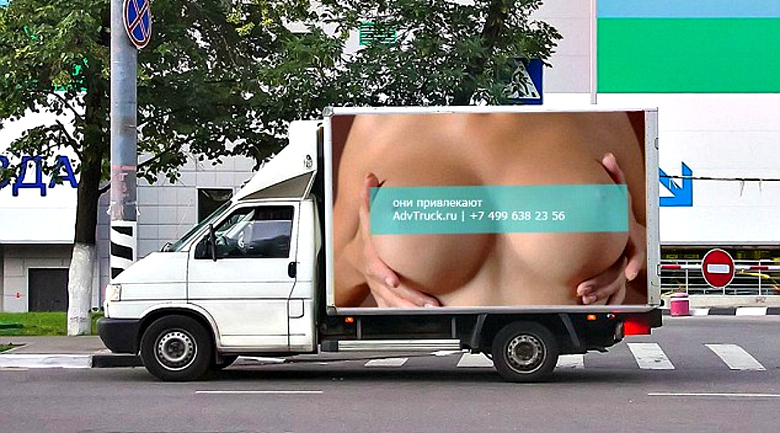