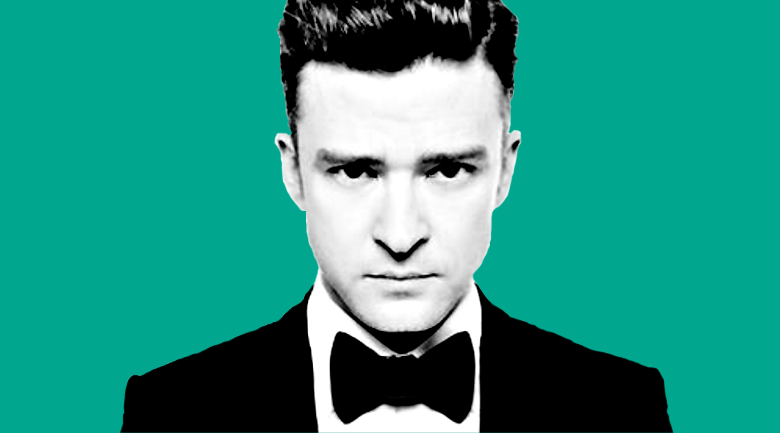 Justin Timberlake sweeps the Grammys (with his marketing)

The Grammys last night was undeniably swept by musician Justin Timberlake, not because he won more awards than anyone else, but because his performance alongside his commercial appearances and social networking campaigns eclipsed all other artists, regardless of wins and losses.

Brand one: Justin Timberlake himself

Most people that watched the Grammys will tell you that the best performance of the night was Justin Timberlake’s big band Suit and Tie performance alongside Jay-Z, when the screen went from color to sepia. It was fun, classy, and enveloped the room and viewers at home with a feeling of glamor. Jay-Z has been tapping into the big band era for a while now (Roc Boys for example), and has been dressing in classy suits, as has Barney Stinson (suit up!). Below is Timberlake’s Grammy performance:

In addition to nailing it with his live performance, he and his social media team were tweeting pictures from behind the scenes as they arrived, giving fans a behind the scenes peek at what was happening in real time, as seen below, even giving fans a sneak peek of the upcoming album cover to capture their attention for more than just the minutes Timberlake was singing on tv: 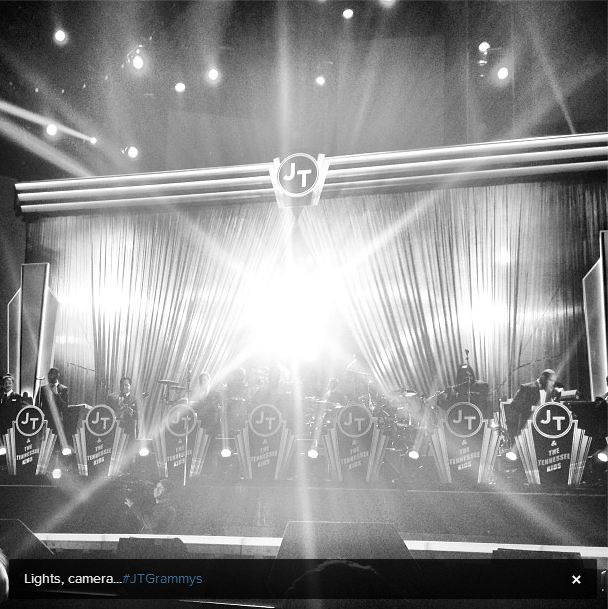 I wanted you guys to see this first!!! #albumcover #tracklist stipple.com/photos/30556744

To top it all off, just hours after the Grammy, Timberlake took to Twitter to announce his newest song from his new album out March 19th, rounding out the efforts being made by Timberlake and his team to dominate the airwaves with the Timberlake brand and making him easily the biggest marketing winner at the Grammys.

Timberlake starred in a very polished, classy commercial featuring Timberlake as it teased the upcoming release of his album at Target, but Target didn’t just air a commercial, they simultaneously sponsored Twitter posts, and were feverishly updating their Facebook page, creating a holistic approach to cobranding their brand with Timberlake’s.

Plus, what’s not to love about the final seconds of this video? It’s very Timberlake-on-SNL-esque:

What brands need to learn from Timberlake

In this era, cobranding is king – whether it’s with a celebrity or otherwise, brands of all size are looking at expanding their reach through voices outside of their company, even Timberlake with MySpace.

Of course the high-dollar campaigns are inspirational for other brands, but point out the trend that sexy glamour is coming back in a very big way – think big band, Clark Gable, and Greta Garbo. You’ll see more vintage ads this year that invoke feelings of glitz and glamour, but in this recession era, the focus won’t be on Aston Martins, but simple details like the silk bow tie Timberlake adjusts in the Target commercial as he makes suits cool, even for clubbing.

Holistic marketing is finally taking root, with brands figuring out that when they launch, efforts must be multi-prong, but not necessarily repetitive. Target tweeted about the Timberlake commercial, but on Facebook focused on the release of two extra tracks just for Target. But Bud Lite Platinum tweeted pictures of Timberlake on stage just before his commercial aired, tying social to traditional media. More brands will attempt this but will fail to mix it up, rather will copy and paste the same status update from Twitter and slap it on Facebook and the like – in 2013, tailoring will finally be the name of the game.

Lastly, brands should take note of the enthusiasm surrounding Timberlake, but moreover how fun his brand is. After getting kicked in the face by a dragging recession, America is ready to smile, so marketing campaigns, holistic or not, will increasingly reflect this mood.

In this article:grammys, justin timberlake, Marketing