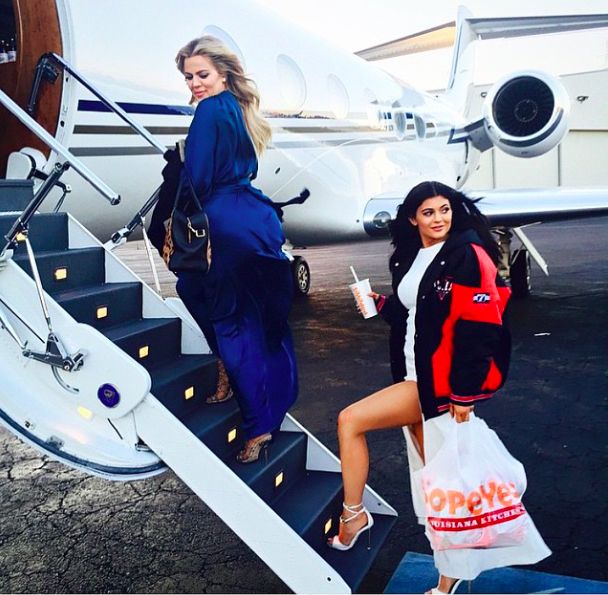 A brand could find no better influencers than the Kardashians – the family who proved that you can get famous just for, well, being famous. Each Kardashian sister has an astronomical number of followers, making them obvious trendsetters.

That’s why brands pay the Kardashian sisters – Kourtney, Kim, Khloé, Kendall, and Kylie — tens of thousands of dollars a pop to post pictures of themselves on social media using their products.

The Kardashians have been attempting to make their endorsements seem more “authentic” by totally disregarding Federal Trade Commission (FTC) rules that require influencers to disclose when their posts are paid endorsements.

In August of 2016, Truth in Advertising (TINA.org) filed a complaint about the Kardashians to the FTC, saying that the (in)famous sisters had “failed to clearly and conspicuously disclose material connections to brands or the fact that the posts were paid ads, as required by federal law.”

After receiving a finger-wagging from the FTC, the Kardashian sisters corrected less than half of the posts, generally by adding #ad to the post. The remaining posts, according to a recent TINA.org follow-up investigation, either have not been edited at all, or contain “insufficient disclosures.”

For example, some posts now read #sp to indicated “sponsored” – as if anyone knows that reference. In another tactic that also got Warner Brothers and YouTube influencer PewDiePie in trouble with the FTC, the Kardashians are posting their disclosure information at the bottom of a long post so that users will only see it if they click “see more.”

The Kardashians have also been posting disclosures, but only days after the original post. Considering that the vast majority of viewers comment on or like posts within the first ten hours after it’s published, most of them will never see the disclosure when it’s tacked on days later.

Some of the “repeat offender” brands, who came up both in last year’s complaint and in the recent review, include Puma, Manuka Doctor, Jet Lux, Fit Tea, and Sugar Bear Hair. This time around, the Kardashians have also failed to disclose sponsorship on posts promoting Adidas, Lyft, Diff Eyewear, and Alexander Wang.

TINA.org found over 200 posts on Instagram, Facebook, and Snapchat where products are promoted without the Kardashians letting on that their raking in big bucks in exchange. The organization has notified the Kardashians, the brands they represent, and the FTC.

The FTC has recently been cracking down on deceptive influencer marketing, targeting not only the brands, but the influencers themselves.

In April, the FTC sent letters to 46 social media stars reminding them of their legal obligations to disclose, and followed up with 21 letters in September warning the influencers that they had until the end of the month to disclose sponsorships, or face legal consequences.

“The Kardashian/Jenner sisters are masterful marketers who are making millions of dollars from companies willing to turn a blind eye to the women’s misleading and deceptive social media marketing practices,” says TINA.org’s Executive Director Bonnie Patten. “It’s time the Kardashians were held accountable for their misdeeds.”

In this article:influencers, Marketing, The News