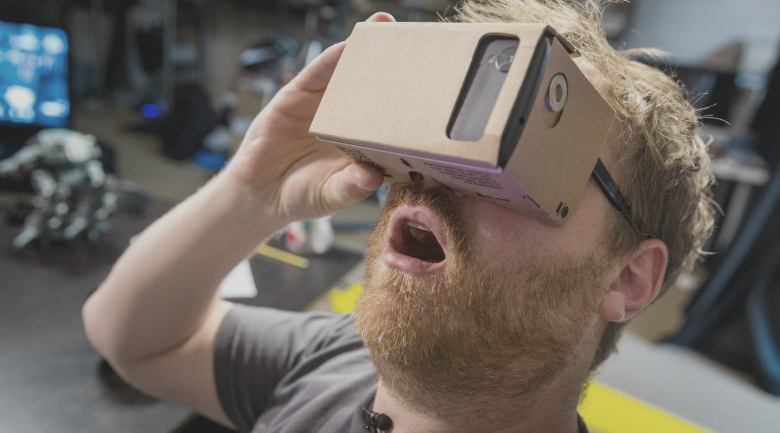 I have seen the future and it is made of cardboard

Google Cardboard Glasses. While I mull that over, let me say that anyone with even a passing interest in entrepreneurship or the start-up phenomenon knows the importance of the “wow-factor” when it comes presenting a new idea or hooking someone onto your dream.

A lot of bells and whistles are fine, but what good is “Hey, neat!” if the excitement doesn’t build your numbers or add to the bottom line or is relevant to what you’re trying to accomplish?

Your brand in 360 degrees

Which brings me to Google Cardboard Glasses and virtual reality (also known as VR). You can learn a lot about this here and even here. But what I’m trying to wrap myself around is what do GCG’s offer me as a business person? How can my brand benefit? I’m not going to even fake like I know, because I don’t.

Read also: Netflix deal means a VR headset might actually be worth the cost

What I AM aware of is that YouTube offers a virtual untapped landscape in terms of presenting a product on my personal YouTube channel and developing a following.

The jury is still out (for me at least) on how that ties into Google 360 Channel or watching VR videos on YouTube and what I’m selling. But you better believe that when I figure it out, I’ll be writing about it.

Cardboard 101 and getting set up

In the meantime, a simple Primer is in order. According to an article in the Internal business Times, in order to enjoy all this VR wizardry you’ll need a Cardboard headset. That’s probably a no-brainer. They are pretty inexpensive. As cheap as $3.00 on Amazon and easy to assemble.

Next you’ll need a reasonably new Smartphone or at least an Android handset purchased in the last year or so. And forget it if you’ve got an iPhone, you’ll have to wait for yet another update from Apple.

Now ensure that your YouTube app is up to date. You’ll need version 10.21. If you see a little Cardboard icon next to the full-screen button you’ll know you have the correct version.

You press the Cardboard button to adapt the video for the headset and video magically splits into two smaller screens. Slip the phone into your headset. Most people will probably want to use headphones, although sound can be piped out of your handset’s speakers. It’s that easy.

The unknown is now known

Google Cardboard IS neat. Actually NEATO is the word that comes quickly to mind. And anyone with a brand worth promoting should be curious on how to cross-promote Cardboard for their own means.

In fact, it maybe the easiest way to take advantage is just tried-and-true PR: order a bunch of Google Cardboard Glasses, add your company’s logo via a sticker and send them to all your clients with a link to your personal YouTube channel! Talk about an attention getter!

In this article:google cardboard, Marketing