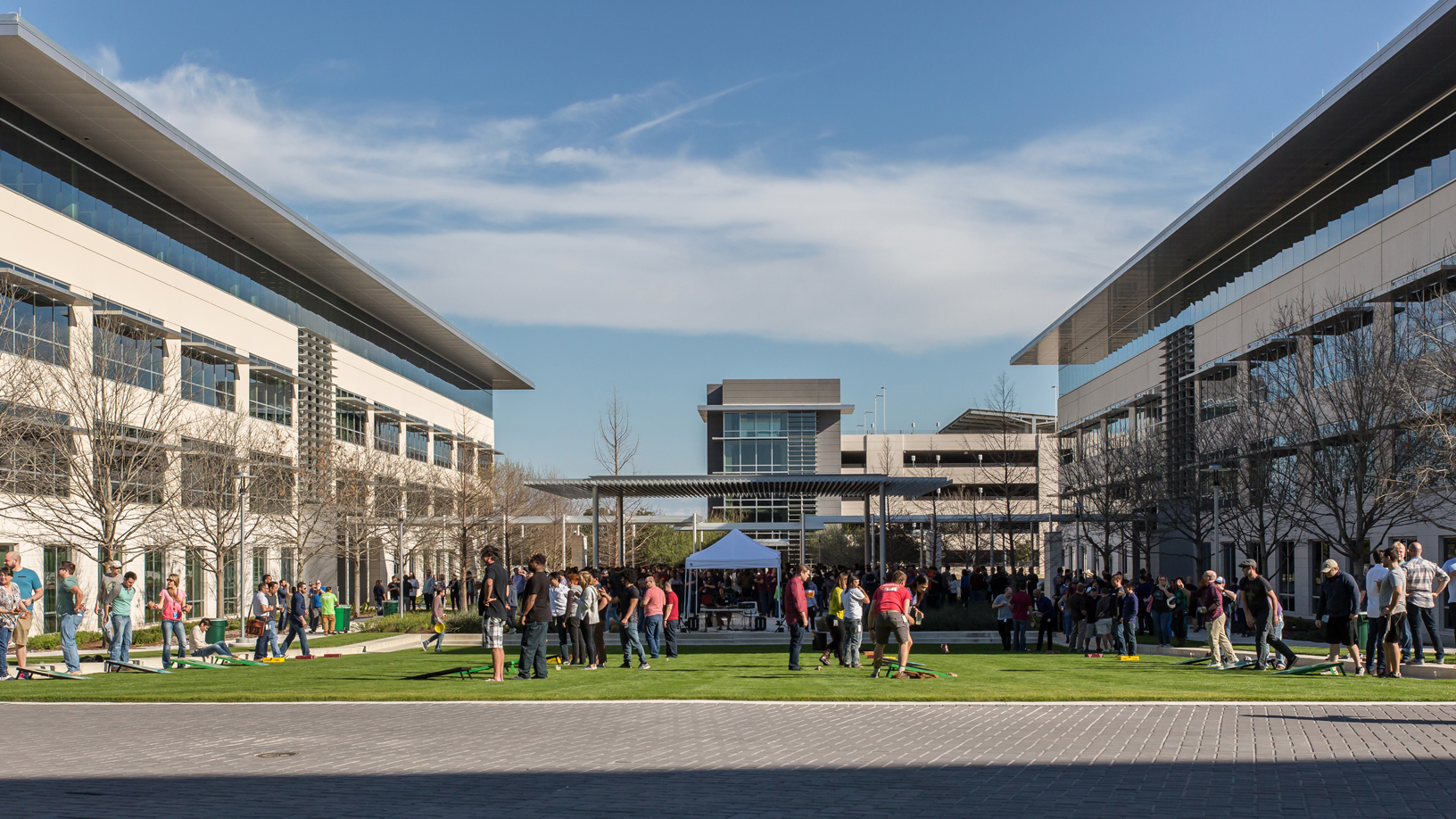 Apple recently announced that it will be expanding its Austin operations, building a new campus and adding thousands of jobs for its HQ2 expansion.

According to the company, “The 133-acre campus will initially accommodate 5,000 additional employees, with the capacity to grow to 15,000, and is expected to make Apple the largest private employer in Austin.”

Jobs created will expand their current Austin presence of customer service and sales, by adding engineering, research and development, operations, and finance roles.

It’s pretty significant news for the Capital City and for the tech world as well. Apple’s footprint will mean millions of dollars in tax revenue, its employees’ high salaries will support thousands of local businesses, and generally be a boon to Central Texas.

The announcement is also noteworthy because of its to-the-point delivery.

Apple CEO Tim Cook hasn’t been shy about his distaste for Amazon’s appetite for self-important PR (see below) and this latest move sets the companies up as increasingly different representations of Big Tech.

"We didn't want to create this contest, you wind up putting people through a ton of work to select one, that is a case where you have a winner and a lot of losers I don't like that" #revolutionchi

We’ll see which method other tech companies emulate in the future – the PR-rich contest fit for television, or the suave slide into a burgeoning city. There are advantages and disadvantages to both, but how these choices are made certainly reveals each company’s ethos for the world to see.

In this article:amazon, apple, The News