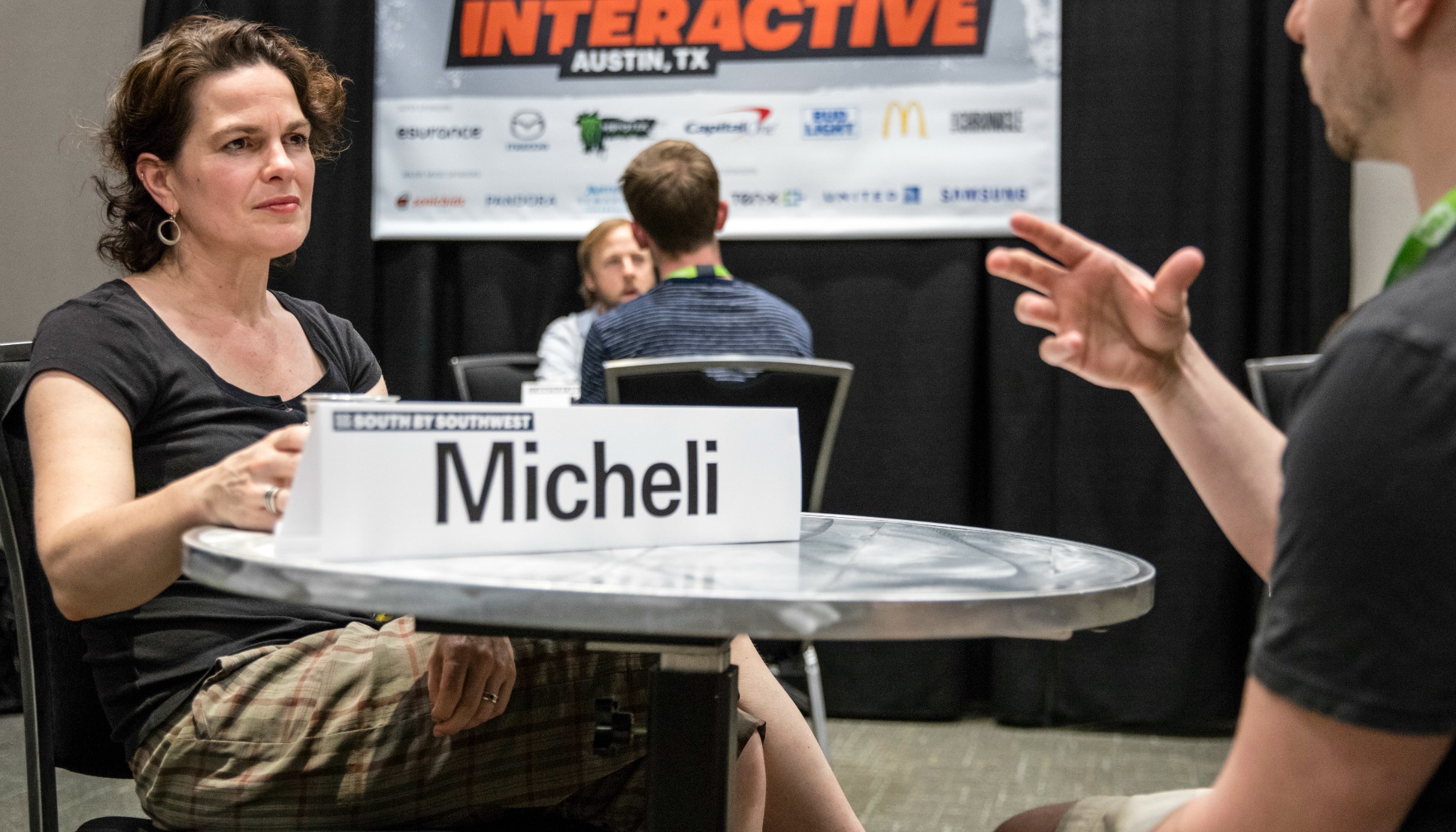 SXSW mentor program gets you unprecedented access to the brightest minds. If you’re attending SXSW Interactive this year, make sure to take advantage of one of the newer features of SXSWi you may be unaware of. Mentor sessions can actually make a tremendous impact on your career and is one of our favorite parts of the week! Do you want to ask the most successful people in technology, marketing, media, and business about your career, your path, your goals, your methods? Do you need guidance? Sure you do.

Getting in front of the right people is traditionally very costly and time consuming, but at the conference, you can reserve a free mentor session with top experts.

SXSW describes the mentor sessions as “Offering valuable one-on-one interaction with a range of experts, gain essential insight on burning questions to help you advance your career.” We would add that it’s not just your career, but your business, your direction, heck, your competitors – these experts will have the knowledge to answer your burning questions.

Here’s how to reserve your spot:

The greatest part is that you can choose your own mentor and reserve a predetermined block of time with them. SXSW badge holders simply need to log in to their SXsocial account, and start searching the Mentor Sessions.

Pro Tip: There are dozens of types of sessions, from Branding to Career, so look carefully at which type you’re selecting.

After you are logged in, find the mentor you are most interested in, click their name, and you’ll see what time slots are available. Select one and complete the process – it’s really easy. The conference can be quite distracting and most of the time, you fly by the seat of your pants, but set a calendar reminder for your mentor session – you don’t want to stand up someone so highly regarded in their industry!

While all of the mentors are upper echelon and very well connected and regarded, here are just a few of our recommendations (including the CEO and COO of The American Genius): 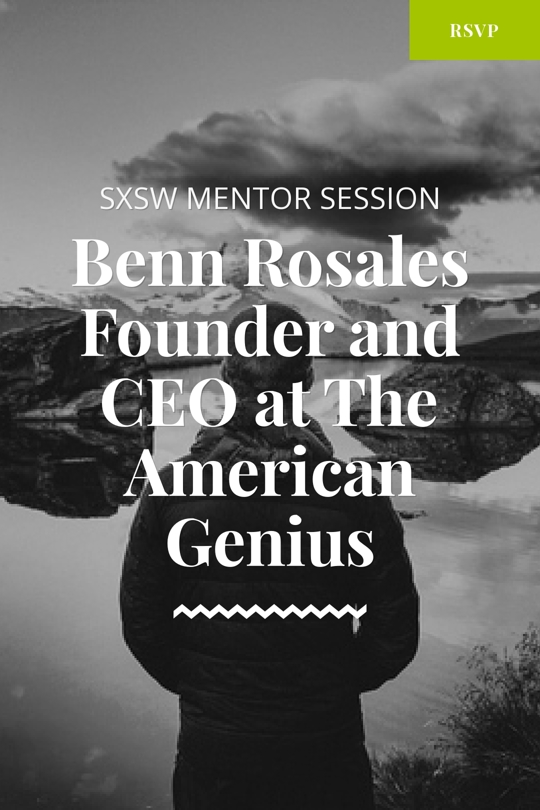 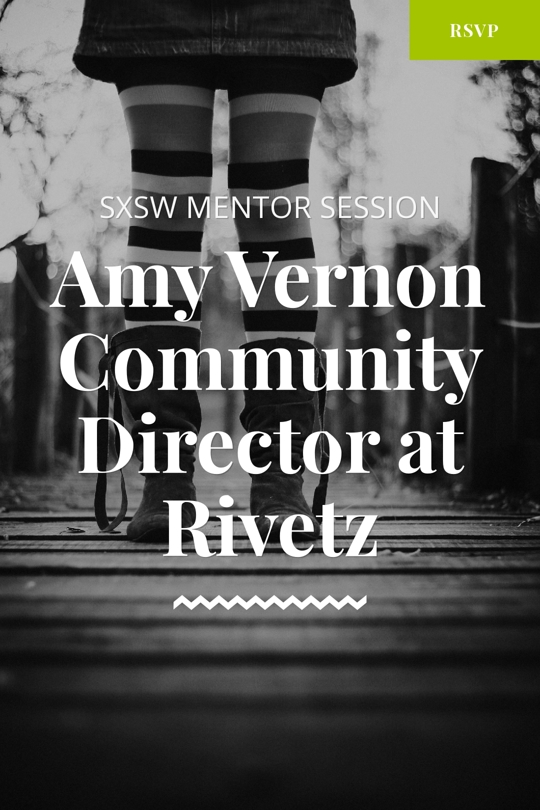 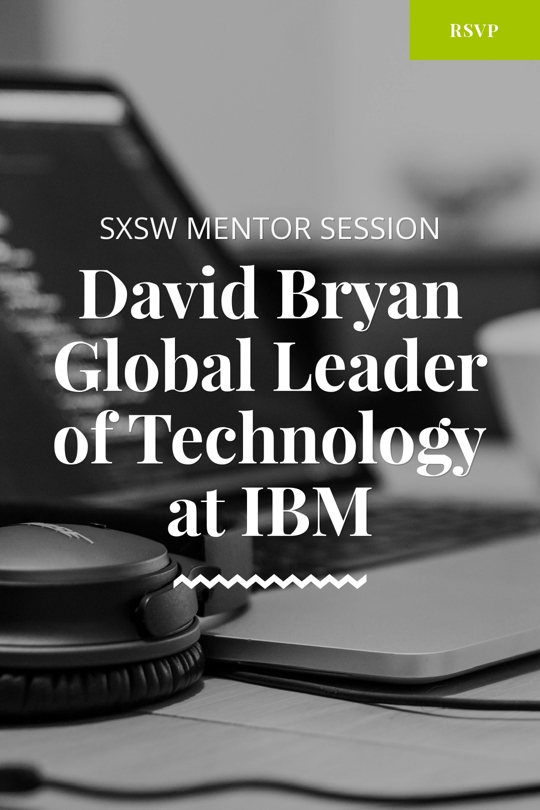 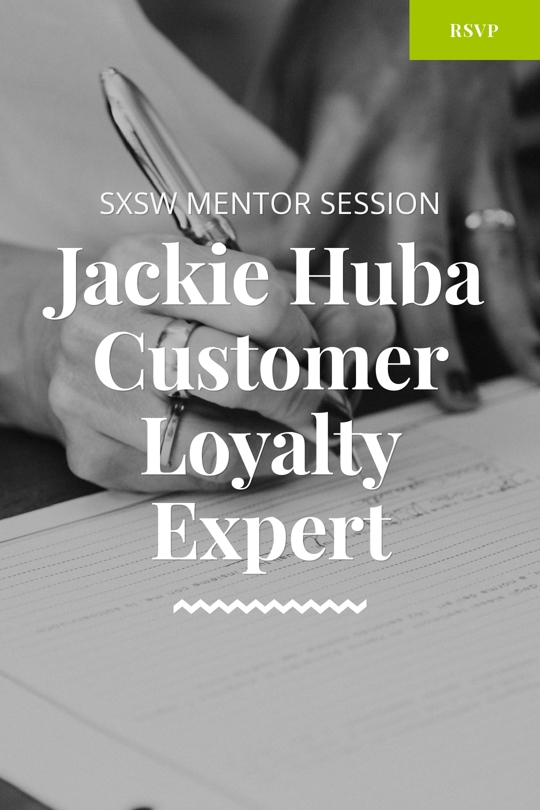 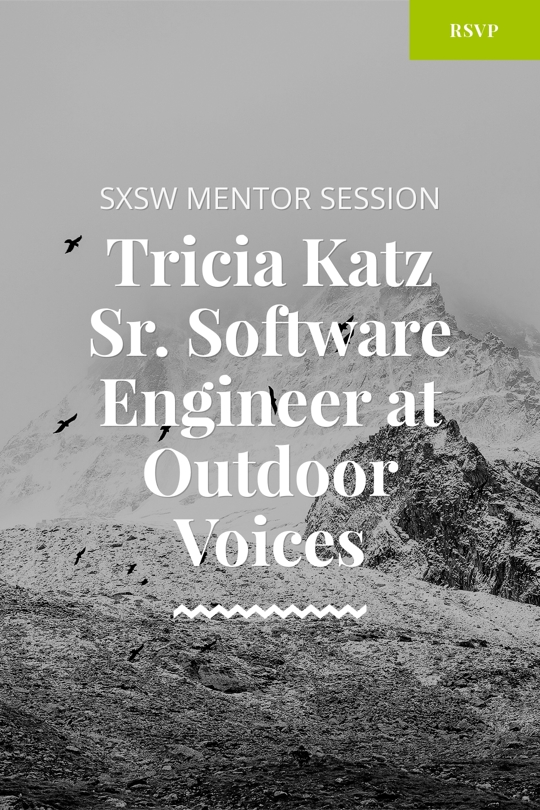 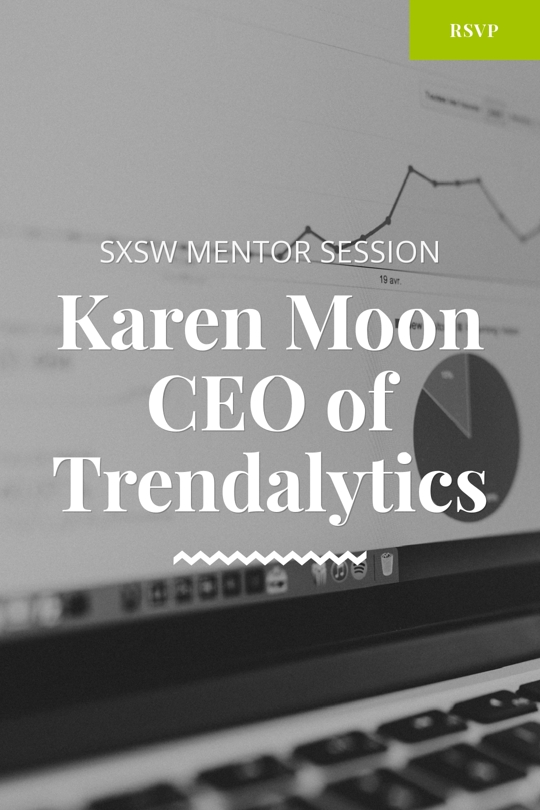 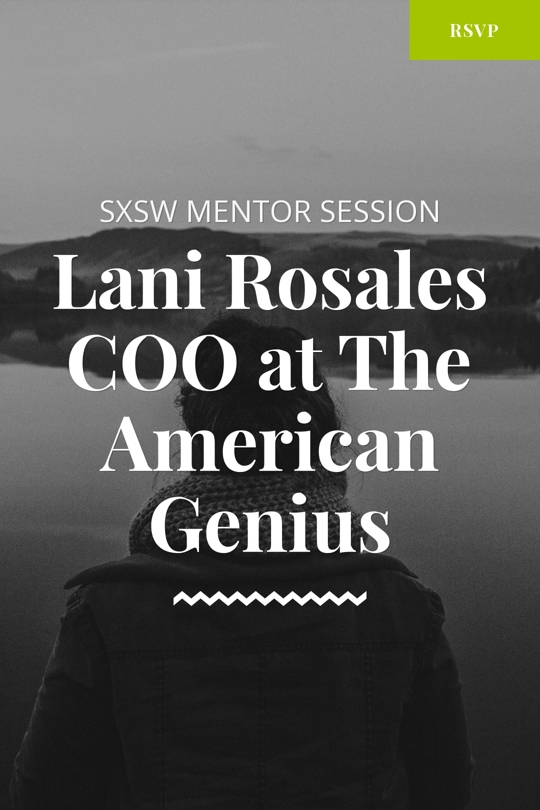 Sneak peek at what Gen Z wants from employers

(BUSINESS NEWS) Due to increased shipping costs, big companies like Amazon and Walmart are opting to give out a refund rather than accepting small items returned.

The holidays are over, and now some people are ready to return an item that didn’t quite work out or wasn’t on their Christmas list. Whatever the reason, some retailers are giving customers a refund and letting them keep the product, too.

When Vancouver, Washington resident, Lorie Anderson, tried returning makeup from Target and batteries from Walmart she had purchased online, the retailers told her she could keep or donate the products. “They were inexpensive, and it wouldn’t make much financial sense to return them by mail,” said Ms. Anderson, 38. “It’s a hassle to pack up the box and drop it at the post office or UPS. This was one less thing I had to worry about.”

Amazon.com Inc., Walmart Inc., and other companies are changing the way they handle returns this year, according to a report by The Wall Street Journal (WSJ). The companies are using artificial intelligence (AI) to weigh the costs of processing physical returns versus just issuing a refund and having customers keep the item.

For instance, if it costs more to ship an inexpensive or larger item than it is to refund the purchase price, companies are giving customers a refund and telling them to keep the products also. Due to an increase in online shopping, it makes sense for companies to change how they manage returns.

Locus Robotics chief executive Rick Faulk told the Journal that the biggest expense when it comes to processing returns is shipping costs. “Returning to a store is significantly cheaper because the retailer can save the freight, which can run 15% to 20% of the cost,” Faulk said.

But, returning products to physical stores isn’t something a lot of people are wanting to do. According to the return processing firm Narvar, online returns increased by 70% in 2020. With people still hunkered down because of the pandemic, changing how to handle returns is a good thing for companies to consider to reduce shipping expenses.

While it might be nice to keep the makeup or batteries for free, don’t expect to return that new PS5 and get to keep it for free, too. According to WSJ, a Walmart spokesperson said the company lets someone keep a refunded item only if the company doesn’t plan on reselling it. And, besides taking the economic costs into consideration, the companies look at the customer’s purchase history as well.

(BUSINESS NEWS) A number of Google employees have agreed to commit 1% of their salary to labor union dues to support employee activism and fight workplace discrimination.

On Monday morning, Google workers announced that they have formed a union with the support of the Communications Workers of America (CWA), the largest communications and media labor union in the U.S.

The new union, Alphabet Workers Union (AWU) was organized in secret for about a year and formed to support employee activism, and fight discrimination and unfairness in the workplace.

“From fighting the ‘real names’ policy, to opposing Project Maven, to protesting the egregious, multi-million dollar payouts that have been given to executives who’ve committed sexual harassment, we’ve seen first-hand that Alphabet responds when we act collectively. Our new union provides a sustainable structure to ensure that our shared values as Alphabet employees are respected even after the headlines fade,” stated Program Manager Nicki Anselmo in a press release.

AWU is the first union in the company’s history, and it is open to all employees and contractors at any Alphabet company in the United States and Canada. The cost of membership is 1% of an employee’s total compensation, and the money collected will be used to fund the union organization.

In a response to the announcement, Google’s Director of People Operations, Kara Silverstein, said, “We’ve always worked hard to create a supportive and rewarding workplace for our workforce. Of course, our employees have protected labor rights that we support. But as we’ve always done, we’ll continue engaging directly with all our employees.”

Unlike other labor unions, the AWU is considered a “Minority Union”. This means it doesn’t need formal recognition from the National Labor Relations Board. However, it also means Alphabet can’t be forced to meet the union’s demands until a majority of employees support it.

So far, the number of members in the union represents a very small portion of Google’s workforce, but it’s growing every day. When the news of the union was first announced on Monday, roughly 230 employees made up the union. Less than 24 hours later, there were 400 employees in the union, and now that number jumped to over 500 employees.

Unions among Silicon Valley’s tech giants are rare, but labor activism is slowly picking up speed, especially with more workers speaking out and organizing.

“The Alphabet Workers Union will be the structure that ensures Google workers can actively push for real changes at the company, from the kinds of contracts Google accepts to employee classification to wage and compensation issues. All issues relevant to Google as a workplace will be the purview of the union and its members,” stated the AWU in a press release.

Live Nation’s Ticketmaster agreed to pay $10 million to resolve criminal charges after admitting to hacking into a competitor’s network and scheming to “choke off” the ticket seller company and “cut [victim company] off at the knees”.

Ticketmaster admitted hiring former employee, Stephen Mead, from startup rival CrowdSurge (which merged with Songkick) in 2013. In 2012, Mead signed a separation agreement to keep his previous company’s information confidential. When he joined Live Nation, Mead provided that confidential information to the former head of the Artist Services division, Zeeshan Zaidi, and other Ticketmaster employees. The hacking information shared with the company included usernames, passwords, data analytics, and other insider secrets.

“When employees walk out of one company and into another, it’s illegal for them to take proprietary information with them. Ticketmaster used stolen information to gain an advantage over its competition, and then promoted the employees who broke the law. This investigation is a perfect example of why these laws exist – to protect consumers from being cheated in what should be a fair market place,” said FBI Assistant Director-in-Charge Sweeney.

In January 2014, Mead gave a Ticketmaster executive multiple sets of login information to Toolboxes, the competitor’s password-protected app that provides real-time data about tickets sold through the company. Later, at an Artists Services Summit, Mead logged into a Toolbox and demonstrated the product to Live Nation and Ticketmaster employees. Information collected from the Toolboxes were used to “benchmark” Ticketmaster’s offerings against the competitor.

“Ticketmaster employees repeatedly – and illegally – accessed a competitor’s computers without authorization using stolen passwords to unlawfully collect business intelligence,” said Acting U.S. Attorney DuCharme in a statement. “Further, Ticketmaster’s employees brazenly held a division-wide ‘summit’ at which the stolen passwords were used to access the victim company’s computers, as if that were an appropriate business tactic.”

The hacking violations were first reported in 2017 when CrowdSurge sued Live Nation for antitrust violations. A spokesperson told The Verge, “Ticketmaster terminated both Zaidi and Mead in 2017, after their conduct came to light. Their actions violated our corporate policies and were inconsistent with our values. We are pleased that this matter is now resolved.”