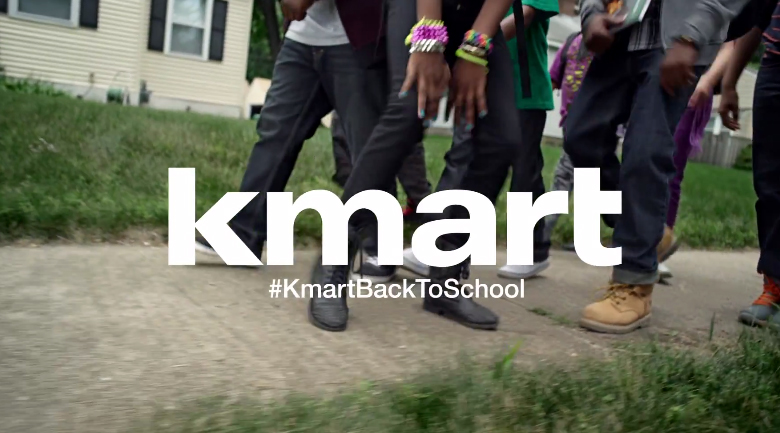 Last year, Minnesota-based child stars, Y.N.RichKids lit up the web with their viral hit, “Hot Cheetos and Takis,” and have now rebranded as Da Rich Kidzz and are getting mainstream visibility through Kmart’s new commercial, “My Limo.” The video has been divided into 30 second bits for television, but has already made the rounds online. The production was developed by DraftFCB Chicago, the same team behind the controversial (and perfectly hilarious) Kmart commercials “Big Gas Savings” and “Ship My Pants,” which had people in a giant tizzy over their offensiveness.

Did you notice that the focus is on going back to school? Did you also notice that grammar was murdered in cold blood through the lyrics? You see the irony, don’t you? Go back to school, kids, but please worry more about what color your shirt is than grammar – books are for nerds.

The nearest Kmart is nearly an hour and a half away from where I live, I wasn’t going to shop there in the first place, and I thought the formerly controversial commercials were hilarious. Additionally, I am a lifelong rap fan – the more bass and cuss words, the better – I failed a paper in middle school for asserting in detail that Tupac was a poet. I think these kids have amazing skills and I think they are destined for a few years of limelight and I’m betting at least one of them will be big time in a few years.

So why the fuss? Why say grammar is lying dead on the floor? Who cares, right? I care. Kmart is using children to sell to children and the focus is on going back to school, which happens to be the home of education, of self improvement, of rising above, and this video’s insistence on remaining authentic to the genre and using phrases like “the first day be kind of whack” and “right quick” along with multiple painful instances of “ain’t no” reiterate to children that these phrases they have learned socially are correct – why else would it be on tv on a commercial produced by non-rap adults? “Chauffeur, you know fo sho” is perfectly acceptable because it is slang, it still has the bones of proper grammar, but why so many double negatives, Kmart?!

When one of our kids was in middle school, they insisted “I seen” was correct and “I had seen” was incorrect – our child is extremely smart, but it just hadn’t come up in school before and she seen it on the news with us (coming out of the mouth of a cable news guest), so assumed she wasn’t making a mistake.

This isn’t a call to boycott Kmart, and certainly not a commentary on the hard work of these kids, but more of an eye roll that a commercial aimed at kids going to school would utilize improper grammar. With a few tweaks, this could have been an amazing way to promote a kiddie rap group to other kids, but instead it reinforced bad grammar habits. Kmart, you can do better. Please don’t reinforce bad grammar behavior in my children when marketing to them, please.

In this article:advertising, commercial, kmart, Marketing