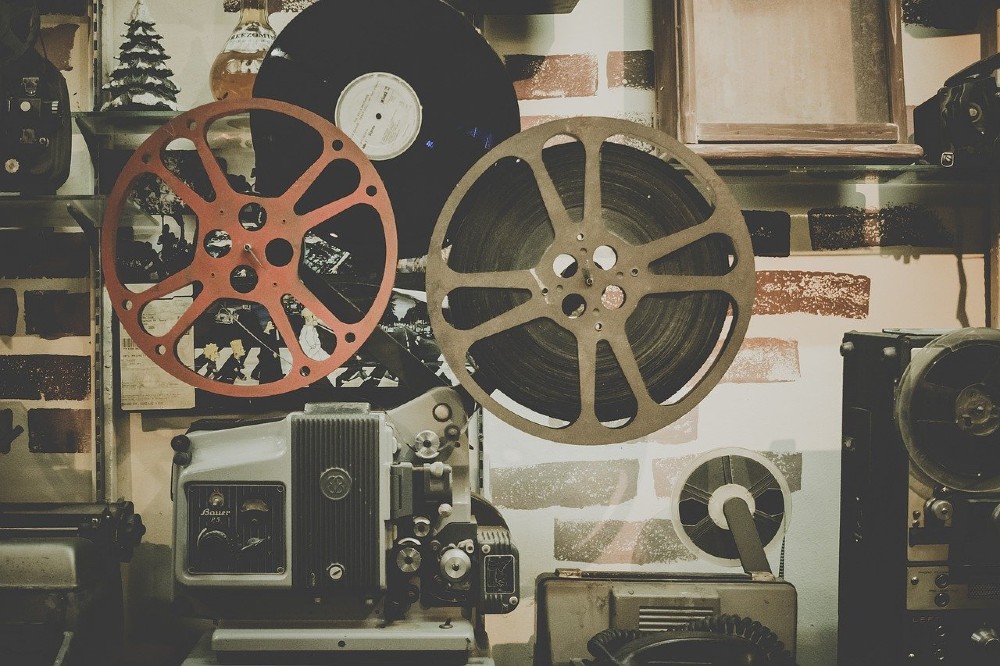 It’s a new year! Woot! Maybe you’re feeling in a work funk and are rethinking your goals and future trajectory. Whether you need something to push you in a new direction, motivate you, make you think about where your career is going, or just to entertain, here are 10 movies about work, work ethic, and how we can change our career path by just changing our mind.

1. Glengarry Glen Ross: This take on David Mamet’s play is at the top of the list. If you haven’t seen it, where have you been? If you have, it’s a good one to revisit. This one’s got it all raw reality, ego, desperation, and some surprising plot twists all with an outstanding cast. If you are in sales, don’t miss this. And, Millennials, take note. You will one day be in the same place as those old fogies – aka Boomers. Oh, and, remember, “Coffee is for closers.”

2. His Gal Friday: An oldie and a goodie with Cary Grant and Rosalind Russell as an editor and reporter who worked together, married and then divorced. This slapstick movie is great for a peek inside media, especially journalism because it shows the lengths that reporters and editors will go to in order to get the scoop. The movie has great dialog and is timeless. It also shows how fast things can move, which is still relevant today especially with social media and the life of a news story moves even faster.

3. Up In The Air: A hatchet man learns his job is being tweaked. He will no longer need to fly, and now the tables are turned and he is unhappy with his fate. This movie can be a challenge to watch if you recently lost a job. But, one lesson learned is that work isn’t everything, so live your life.

4. Office Space: A funny take on work and life and the balance between the two. Regardless of where you are employed, there are rules, regulations, and office BS that can be on the one hand completely pathetic and on the other so laughable. It’s always better to laugh, rather than cry. Oh, and do not touch the red stapler.

5. Working Girl: Maybe you missed this one because it dates back to the days when shoulder pads ruled the workplace and women still wore nylons. Melanie Griffith portrays a secretary (remember this is before that changed to assistant) who is great at what she does. She’s got goals and dreams to take her career to the next level. But, she’s not taken seriously at the investment firm where she works. Sigourney Weaver is the boss and she will do whatever she needs to stay on top. Griffith has a twist-of-fate meeting with Harrison Ford, another executive, and she takes a chance on herself and her future. This movie has big hair, humor, and a love story to boot.

6. Good Will Hunting: Ok. This one isn’t necessarily about work. But, I picked it because it’s an example of what can happen when you let your past hold you back and you don’t pursue your dreams. We have Matt Damon (Will) a janitor at a prestigious university and his friend Ben Affleck, a bricklayer. Damon portrays a guy with a rough past who is going through the motions until he has to work with a psychologist played by Robin Williams. He’s forced to consider his past and his future. He has a gift but what will he do? His friend, Affleck, wants him to pursue bigger things, but can Damon let go of his past and embrace his gift?

7. The Devil Wears Prada: Ah, the evil queen and the naïve princess. That may seem like a different story, but it is a similar plotline with a triumphant finish. Anne Hathaway portrays Andrea who is fresh out of school and lands a job at a prestigious fashion magazine. The fact that she had never read the magazine and got the job is beyond surprising, but regardless she lands the job and works for Miranda, played by Meryl Streep. Streep’s character is a Diva and a demanding and horrible boss. She challenges Andrea on multiple levels. Will Andrea become a workaholic like her boss? As they say, “What doesn’t kill you makes you stronger.”

8. 9-to-5: Way before the Me Too movement there was Fonda, Parton, and Tomlin as three office employees who are sick and tired of their chauvinistic boss, played by Dabney Coleman. The women begin to plot for revenge and take their boss hostage in his home. In the meantime, they begin making changes at the office.

9. The Pursuit of Happyness: If you think your life is rough, maybe reconsider for a moment. This is a story about a man who was determined. He was pushing forward and as much as he was pushing, it seemed that he couldn’t get ahead. But he was resolved in the belief that he could and would make his life better for himself and his son. There is a great quote that says: “The harder I work, the luckier I am.” This movie shows that out.

10. Rocky: This movie made Sylvester Stallone. He wrote it and that my friends, is a great story of tenacity too, because before Rocky Stallone was basically a nobody. Rocky is a nobody boxer who gets the chance to take on the reigning champion, Apollo Creed (Carl Weathers). He busts his ass and does whatever it takes to get the job done. This is a story of endurance, dedication, and taking a chance on yourself.

This list is not comprehensive, but we hope you find inspiration, motivation, and some laughs too. And, remember, work is not who you are, it’s what you do. Now, go get some popcorn and candy and take a break.

In this article:Editorial, movies, The News