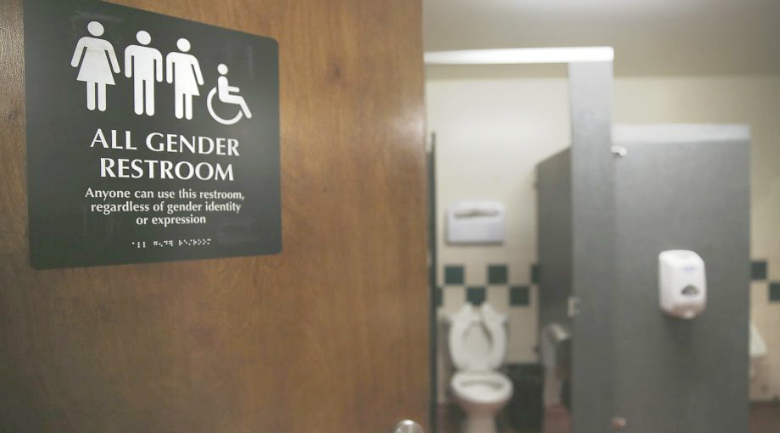 More than 1,000,000 people have signed a petition vowing to boycott Target over their gender neutral bathroom policy expressing concern that for women and children who may be taken advantage of by predators. It’s one of the most popular campaigns on the American Family Association’s website. North Carolina, Mississippi, and some towns in Texas have all made headlines recently as laws have passed to limit bathroom use.

Read also: As cities, states argue about who can pee where, Target opens stall doors to all

According to Fox News, Ken Paxton, Texas Attorney General, has sent a letter to Target’s CEO, asking Target to outline their plans to keep women and children safe from voyeurs and predators. I wonder if similar letters have gone out to other stores and businesses in the area which are more quietly transgender friendly.

The Mueller Starbucks in Austin offers private restrooms that are gender neutral. In fact, the sign has half a man and half a woman on it.

Barnes & Noble and Hudson’s Bay Co. (parent company of Lord & Taylor, Saks Fifth Avenue, and Gilt) also have transgender friendly bathroom policies. People can go into the restroom with which they identify. A Kroger store in Athens, Georgia also has a unisex bathroom.

Who are we really concerned about?

The way I see it, it’s not the transgender community that should concern people in a bathroom, it’s predators who are going to disregard privacy. For example, the University of Toronto attempted to implement gender neutral bathrooms on campus, but had to change the policy after two incidents of voyeurism. I agree, there are predators who are going to take advantage of the policy. But I disagree that bathroom laws are the answer.

The Christian community is so worried about women and children in bathrooms with transgender people, but where is the concern for the LGBTQ community?

Transgender people suffer higher rates of discrimination and violence than most.

In one survey released by the National Center for Transgender Equality, over half of the respondents had experienced harassment in a public place. Fifty-seven (57) percent of respondents were not even welcome within their own family. Where’s the outrage for the amount of discrimination, violence, and mistreatment of people who just want to live in peace?

I’m not sure there’s an easy answer for anyone. I don’t think boycotting stores who are trans-friendly is the right choice. Ostracizing the LGBT community and making transgender people outcasts isn’t going to solve this problem. On the surface, this debate may be about privacy. But it’s really about a lack of tolerance and exclusion. If you’re really concerned about the safety of individuals, look at the statistics and see who really needs help.