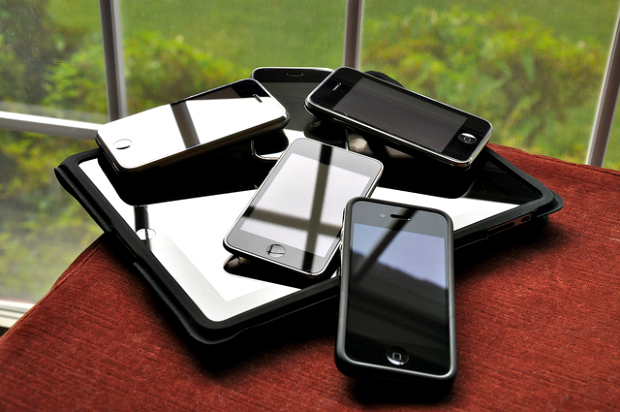 Closing in on half a century in real estate

Earlier this month I quietly acknowledged my 42nd year as a licensee. All but just over six of those years have been spent as a designated broker. Read: where the buck stops. The first nearly six years were spent as an agent listing/selling homes to owner users, not investors. High tech in those days meant your car didn’t sport a carburetor. The MLS was housed in a small phone book, with thrice weekly ‘Hot Sheets’ delivered in the form of stapled pages directly to each office. On my first day as a licensee there were no ‘For Sale’ signs made of anything but a steel stake with a sign screwed to it. No giant wood post type signs.

Today? Many are embarrassed if the computer they use is more than a couple years old. Put in context though, their smart phone has more computing power by far than what NASA used just 100 short days before I became licensed.

The agents in Dad’s firm back in the mid to late 60’s, if they were good, and the vast majority were very good, might close 30 sides in a year. Based on today’s commission splits (A side = 3% of purchase price. Agent gets 80% of that.), those 1960’s agents, in a market with a median sales price of say, $200,000 would make $144,000. Contrast that with what they made back then. The math is simple — just divide by 10. Actually, they made less than 10% of today’s agent with the same number of closed sides due to the far lower commission rates paid back then. Think 20-40% of the 3% and you have the true picture.

The average full time agent in Dad’s firm generated over a couple dozen closed sides a year. Please, anyone, anywhere, show me a real estate brokerage whose full time agents number more than a couple dozen, and average two closed sides monthly. It might exist, but if so it’s definitely the exception proving the rule. For the record, if we use San Diego values now, those agents don’t make $144,00, they make $252,000.

San Diego county’s population is roughly three times what it was back then. The percentage of agents producing excellent results are about the same too — we’ve not seen that change in over 40 years.

Wanna know the only real change in real estate brokerage in all those years? I mean change that matters a hill of beans? Teams. Aside from the advent of teams, nothing I’ve seen in the last 42 years has had any empirically discernible impact on a typical agent’s ability to earn. Measured in terms of transactions per period, and allowing for population/housing growth, things are pretty much the same.

But what about all the high tech help agents have at their fingertips now? What about it? If you’re reading this as an agent or broker, please, tell us about all the agents you know and/or work with who’re closing 24 sides a year or more — and not part of a team. You can’t cuz those you know are but an embarrassingly small slice of the pie out there.

Technology? There’s little or no real evidence demonstrating, again, empirically, that it’s impacted real production a whit. Sure, there are agents here and there who’ve figured out how to leverage technology to generate leads. That part doesn’t make ’em special. It’s those even rarer agents who figure out how to convert those leads at an impressive rate. No, even with the massive onset of high tech that has made itself part of the everyday brokerage existence, real production hasn’t been affected when it comes to the foot soldiers of the industry.

Agents are doing the same business they were a couple generations ago, but with shinier objects. They’re not producing any more than their predecessors when productivity is measured the only way it matters — the bank account.

Ultimately it’s like Grandma said — The more things change, the more they stay the same. What really makes an agent/broker successful today is exactly the same things that made Dad’s crew flourish.

The equation hasn’t changed in the last 1,000 years. Be more knowledgeable and skilled than the next guy, while talkin’ to and gettin’ belly to belly with as many as possible. High tech when I started was a telephone. Then came the first computers. Then cell phones. Then all the magic software guaranteed to triple the business of the agent who bought it. Among all that was the IDX which was and still is, heralded as second only to turning water into wine.

The same level of business is being done by the same kinds of agents/brokers as was the case nearly half a century ago. They might be taking a different route to get belly to belly, but the bottom line results are virtually identical.

Nothing’s changed. We’re mowing the same lawns as our dads did and not a blade of grass more.

The moral of the story?

You have three choices: Either retain your status quo — Create a team — or, stay solo, but with the ‘assistant’ business model.

High tech ain’t the answer — at least not so far.