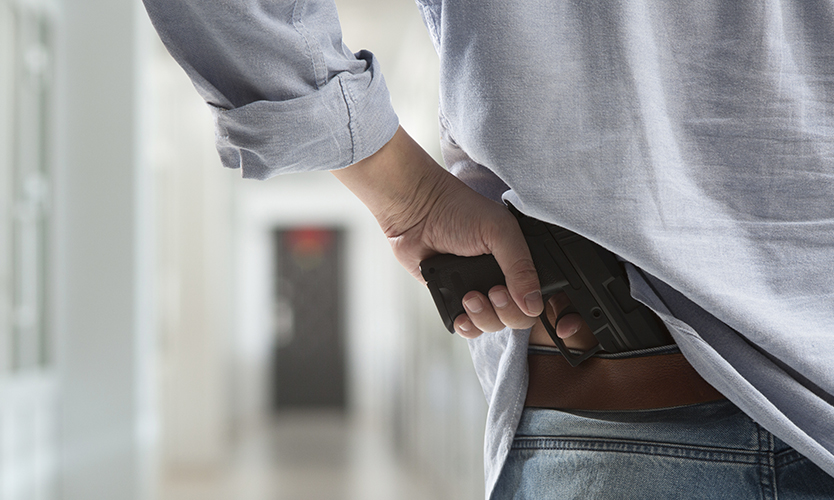 Orlando on our minds

Last June, the Orlando shooting stunned the world. In just a few minutes in the early morning hours, 50 people were shot and killed by a terrorist. In the aftermath, we felt the survivors’ pain and the sorrow of the families who died.

Just a few days ago, the wife of the shooter was charged with aiding and abetting. The Orlando shooter died in the incident, but we’re not done hearing about it. Sadly, it’s just one of many shootings that have occurred, and it’s certainly not going to be the last.

Mass shootings are on the rise

According to GunViolenceArchive.org, mass shooting incidents are up by about 40 percent in 2014. According to an FBI study, between 2000 and 2013, 70 percent of the incidents took place in a business or educational environment. These shootings occurred in 40 of the 50 states.

With this rising trend, it’s not only law enforcement that needs to prepare, but businesses should have risk management plans just in case. Insurance companies have responded by offering active shooter insurance.

In a statement to The American Genius, Parker Rains, Vice President of middle market business insurance at Fisher Brown Bottrell Insurance said of this new insurance product, “No one thinks their business will be the site of the next active shooter incident, but in the last year alone, the U.S. saw 385 mass shootings—more than one per day.”

“What many business owners aren’t aware of is that most general liability insurance policies don’t provide full coverage in the case of an active shooter incident,” Rains added.

“Active shooter insurance allows you to protect your employees and customers while ensuring that your business has access to the resources it will need to handle the situation – like immediate crisis response, crisis management and victim counseling – without breaking your bottom line,” he concluded.

Does your business need it?

The FBI reports that in 2014 and 2015 there were only 20 mass shootings per year. Based on that percentage, it’s unlikely that any one business could be targeted. But no one knows where or when the next mass shooting will occur. These terrorists use guns, knives, bombs, and other weapons to create mass destruction.

Most businesses don’t have the resources to handle the aftermath of a mass shooting incident.

Know your insurance choices. Take a good look at the vulnerability and security of your organization. Have a discussion with your insurance agent to know what’s covered and what isn’t if this type of tragedy occurs on-site. At the Orlando nightclub shooting, it was the LGBT+ community that was targeted, but stalkers and abusers are another risk element. While you can’t be completely prepared for a mass shooting at your business, you can take steps to have the pieces in place to deal with it.

In this article:active shooter insurance, business finance, Insurance, The News