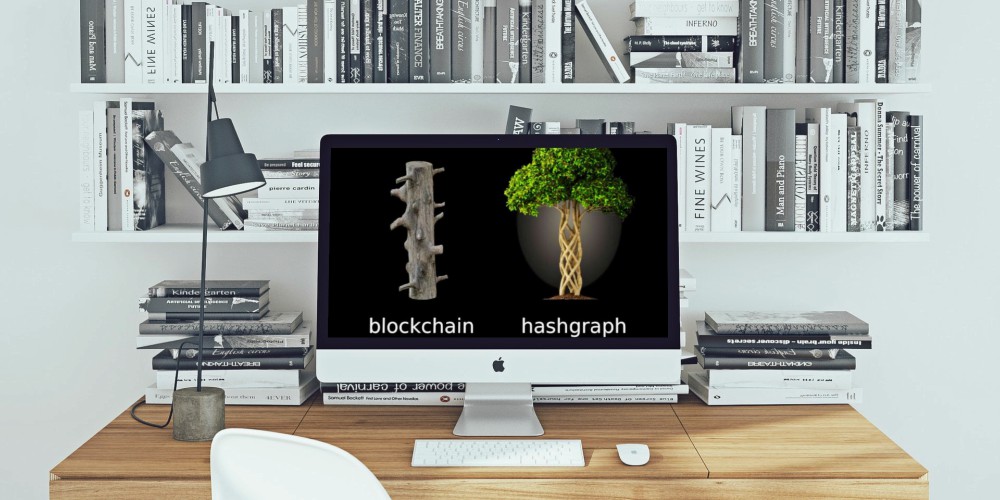 The distributed ledger technology system notes it’s faster, fairer, and more secure than blockchain. However, Hashgraph has very diplomatically stated, “The pitching of Hashgraph against Blockchain is a sensationalist angle that we do not endorse.”

They go on to say, “We consider Blockchain to be like a capable older brother who graciously paved the way by bringing the power of Distributed Ledger Technology to the light of day, for which we are very grateful.”

Very Miss America of them. Unlike Bitcoin, Hashgraph doesn’t need massive amounts of computation or energy consumption. This is in part due to how the system handles transactions, particularly mining.

Bitcoin mining is the process of adding records of transactions to Bitcoin’s public ledger. These records are a blockchain, which serves as a confirmation of past transactions. With standard bitcoin mining, each transaction is put into a container, forming a long single chain.

If two miners happen to make two blocks at the same time, one will be discarded eventually, especially if one arrives too quickly. Instead, Hashgraph uses every container, and any member can create transactions at any point without threat of deletion.

Further, Hashgraph brings fairness into play with consensus time stamping, meaning no one can alter the order in which transactions are processed. Basically, there’s no line cutting or fast passes like in blockchain, where miners can choose what order transactions occur in a block, even delaying or stopping future blocks.

Unlike blockchain, Hashgraph uses asynchronous Byzantine fault tolerance to achieve consensus within the community using virtual voting. Members cannot change the consensus once reached, nor can they prevent any community from reaching a consensus.

Plus, Hashgraph uses bank-grade consensus algorithms for added security, and is resilient to DDoS, Sybil, firewall, and virus attacks, as well as network partitions.

Yes, you can start geeking out now.

At this time, Hashgraph isn’t available on public networks or ledgers, so no associated cryptocurrency is currently available. However, you can apply for an an enterprise or commercial license use on a private network by contacting Swirlds, the company that handles Hashgraphs licensing.

In this article:blockchain, cryptocurrency, hashgraph, Tech, The News