Augmented reality could go mainstream faster than many know, as the pace of innovation advances more and more rapidly. 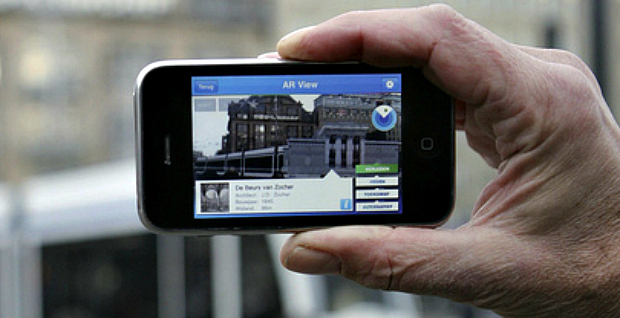 How AR could go mainstream in a short time

Augmented Reality (AR) is a concept we’ve covered for years, asserting that it would eventually replace QR codes and various smartphone apps, but it has recently been announced that the days of AR going mainstream are much closer than many had imagined, as AR pioneers, Metaio has announced a formal partnership with British chip designer ARM and smartphone manufacturer ST-Ericsson.

This spring, one of Metaio’s products was used in the revamping of the dated Val-Pak, adding an augmented reality app for coupons to their arsenal. With projects like this and other larger partnerships, AR is not a fad sweeping the nation, it is a tool that companies will be using in standard marketing in the next decade.

Ericsson and ARM weigh in

“While hardware vendors are building ever more powerful devices, Augmented Reality has its own particular demands and often pushes hardware to the limits of current capabilities,” a Metiao representative said. “Or better said, as available hardware becomes more and more AR friendly, the promises of the AR revolution can be implemented faster and more effectively. With this in mind, metaio has been cultivating for years a network of contact and technical exchange with companies like Intel, NVIDIA, Nokia and Texas Instruments OMAP.”

“ARM’s roadmap for ARM® Mali™ graphics and compute IP not only addresses the challenges in Augmented Reality today but also sets a benchmark for the next generation of mobile AR,” said Kevin Smith, VP Strategic Marketing, ARM Media Processing Division. “The combination of ARM processors and ARM Mali graphics processing units along with the strength of the Mali Ecosystem puts ARM in a unique position to provide enabling technologies to AR industry pioneers like metaio and we are working together to meet the future demands of mobile devices”.

How Metaio could change the marketing game

“We have a common history of collaboration and innovation with ST-Ericsson,” said Thomas Alt, CEO of metaio. “Both companies are well-recognized technology leaders in their domains. We have now agreed to step up our collaboration through a series of joint research projects, but also through concrete short-term measures such as porting our mobile SDK to ST-Ericsson’s platforms.”

Metaio boldly claims on stage and now on their site that Augmented Reality will be on every smartphone by 2014, and their first major partnerships are a major step in that direction, a move that could permanently change digital marketing.