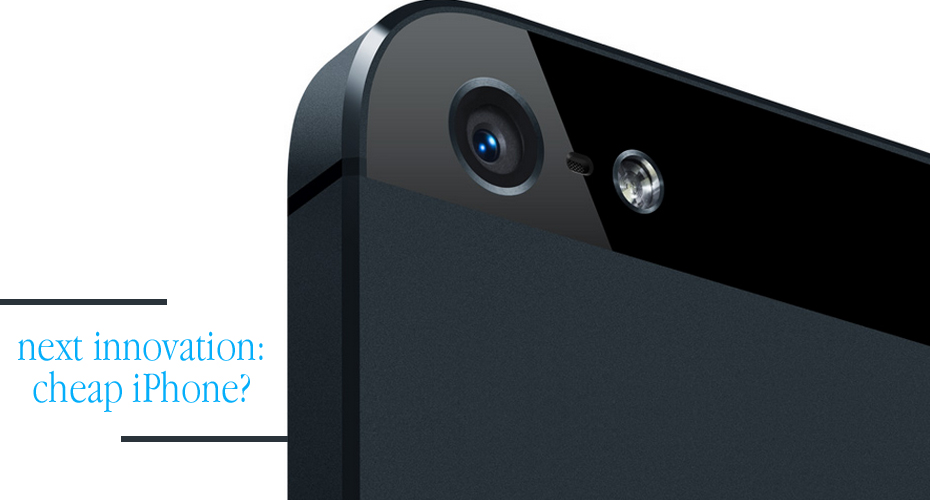 Cheap iPhones up next? Call them “less expensive.”

Under Steve Jobs, Apple made corporate messaging a true art, exciting a base of loyal fans and turning them into evangelists with their message of enthusiasm about what formerly would have been seen as minute alterations to existing products. With the passing of Jobs, Tim Cook has taken over, and the company remains in the limelight.

According to Digitimes, Apple is looking to develop cheap iPhones for the emerging Chinese market, while the Wall Street Journal asserts that the lower end, lower priced smartphone is Apple’s answer to losing market share to Android, putting them in need of a quick boost, making emerging markets like China the ideal target.

The biggest difference cheap iPhones would have is what materials the devices are comprised of, with suggestions floating around that the aluminum housing could be ditched, favoring a polycarbonate instead. Additionally, some of the parts of the cheap iPhones (excuse us, “less expensive iPhones”) could be recycled parts from older iPhone models.

Rumors have flown for a long time about a lower end device, and retailers like Walmart successfully selling iPhones at a low price, combined with deteriorating market share put the company in the ideal position to begin production, and many believe it could salvage their market domination. WSJ sources say production will begin in the second half of 2013.

What took so long?

So why has it taken so long to introduce cheap iPhones? Profit margins. Simple – executives don’t want to make a risky bet on a super low profit margin product, as investors are finicky and not exactly in love with the idea of margin changes.

Gene Munster, an analyst with Piper Jaffray, told WSJ that a less expensive iPhone won’t necessarily hurt Apple’s overall profit margin if it attracts buyers who haven’t bought iPhones before and not those who would have been willing to purchase the higher-end device.