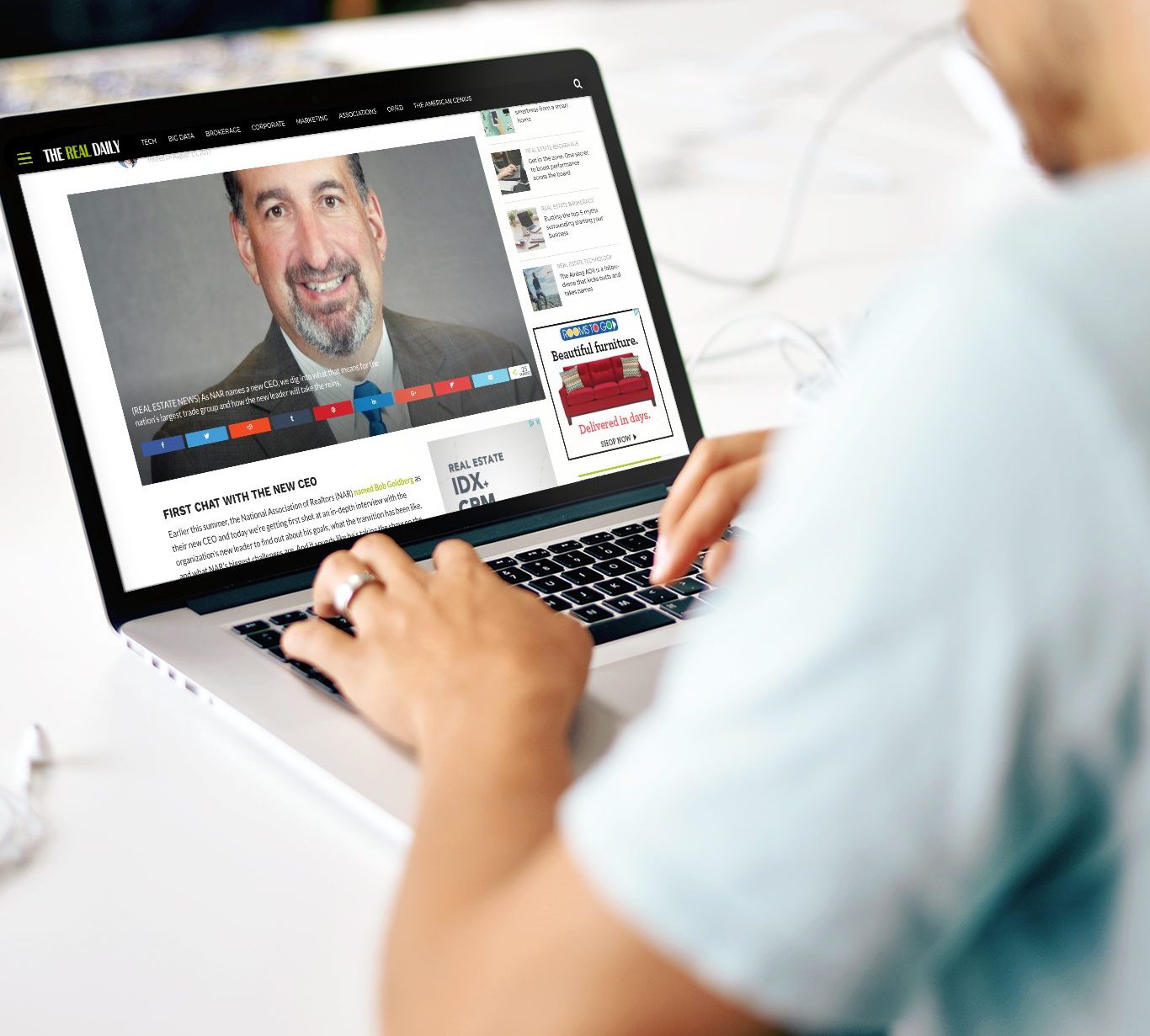 We were able to sit down with Bob Goldberg, NAR’s newly minted CEO to hear his 5 initiative plan for his first one hundred days.

1. Puttin’ the show on the road

Goldberg plans to assign a Senior Vice President and a Vice President to be responsible for, in terms of member engagement and member satisfaction, each of the 13 formal regions in this country.

Goldberg also intends on hitting the road with the goal of putting NAR tangibly in front of as many of the 1.2 million members as possible, with an emphasis on the smaller boards that are more often overlooked.

The study will focus on design efficiency to figure out how NAR can best serve their industry. Goldberg mentioned that thus far, NAR had been a very inside-out focused group and so he’s aiming to shift it to an outside-in perspective.

“It will take us a few months to get through it, but it’s a big change because in 15+ years, NAR has not had an internal design study,” Goldberg said of the process.

Goldberg wants to leverage NAR’s investments with the 40+ companies that they have a strategic investment in to help showcase solutions that can help them with those people that are Realtor friendly.

Goldberg hopes to create the conference and a tech resource center to “help members get ahead of the curve.”

Goldberg wants to take what they know is successful from their Reach and Second Century Ventures programs and apply it to a whole new approach — a division called the Strategic Business Technology Area.

That division will be led by new personnel from the organization with the purpose of dealing with these gigantic macro-corporations and companies that will eventually eye the lucrative real estate sector.

Goldberg also wants to start investigating the power of engaging consumers. The coalition will be a membership organization that will work with consumers on issues that are important to them.

Issues such as property, ownership, taxation, mortgage interest deduction, local issues that deal with eminent domain or fill-in-the-blank-issue so that NAR can go to Congress and formally say that not only is there a million plus members, but that there is a large number of homeowners who are part of the coalition who will vote their beliefs.

Not a free pass

As stated earlier, the first 100 days will set the trajectory for Goldberg and his tenure as CEO of NAR.

These five initiatives are sure to be met with both support and criticism but from where we’re sitting, the only direction Goldberg is going is up.