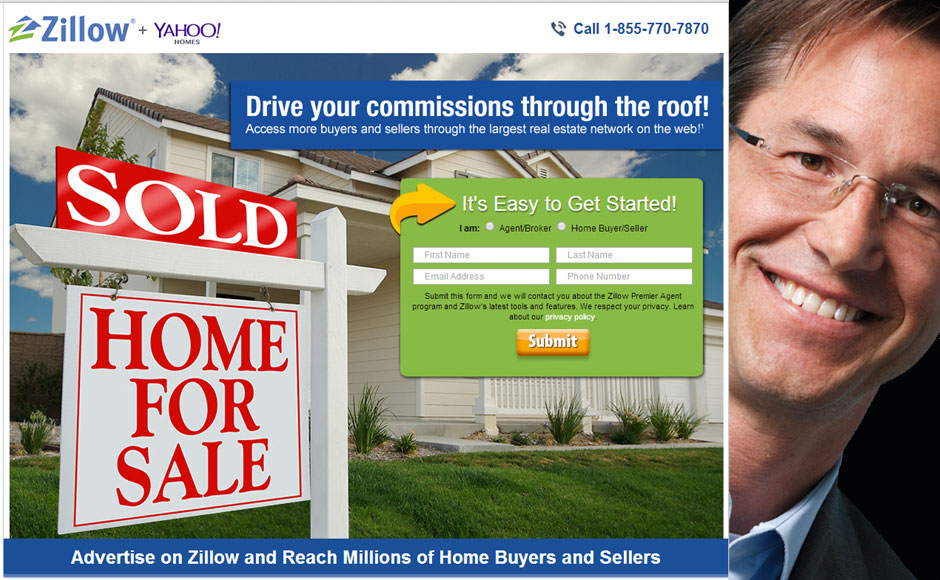 We'll tell you what you want to hear.

In 2006, Zillow Founder Rich Barton told the New York Times, “People want Realtors. But is it rational to pay Realtors what they are paid?” Zillow is independent and never ruled by committee, and at liberty to opine and operate as they wish, but I’m noticing the opposite trend at Realtor.com emerge, and it is disturbing.

Personally, I applaud Realtor.com for taking seriously the current Advisory Board formed to assist in AgentSearch and getting that project right, and useful for both members and consumers. Realtor.com’s willingness to sit down at the drawing board and create something meaningful to the industry should be applauded.

In saying that and looking to the future, one only need look at our current state of affairs in Washington, D.C. to understand what ruling by committee can do to a Republic such as ours. Business cannot operate under those same conditions because the company would freefall, attempting to innovate and more forward. Realtor.com has a percentage interest in your earning power, and although they charge Realtors and must earn a profit, that percentage interest in the membership places a responsibility upon them that no competitor in the marketplace has on them – and that is to create products that draw consumers that ensure your ability to earn whatever the market will bear.

There has been a long time narrative that membership owns Realtor.com, and sure, that’s true to some degree, but that relationship exists as an asset to do exactly what I’ve just described. The new operating agreement between Move, Inc. and The National Association of Realtors is wholly designed to untie the rule by committee hands of Realtor.com and allow them to compete for you, and on your behalf.

The business structure of Realtor.com works best from an R&D (research and development) model, including studies of not only Realtors, but also that of consumers, and that of their competitors, not via committee. The model works every day in the most successful companies in the free market. It does not, however, function properly if a sense of dictatorship seeks to derail the process for it’s own gain. Otherwise, it’s easier for talent to jump ship to work for competitors not beholden to the same expectations by the membership.

No one likes to buy leads, nor pay for feature listings, and sure, competitors in the marketplace have made a very inexpensive bar to entry, but I assure you, as one capitalist to another, that pipe will get narrower and narrower as we hold up Realtor.com’s wheels of progress and innovation to committee, and Brokers continue to embrace Realtor competitors as if to guarantee a self-fulfilling prophecy.

You must refuse to diminish your own assets

The game being played here is politics, and brokers have to understand the larger picture of the Tale of two Zillows (insider story coming soon), and that there is a myth to be debunked regarding consumers’ expectations of where you syndicate your data – the only true pressure is from Zillow’s shareholders and zealots.

Further, political pressure is being placed right in the halls of associations and brokerages across the country that the writing is on the wall for Realtor.com, but that writing only begins when you abandon the one asset you have that actually gives you control of listing data and how it is presented– the one asset you have that has a percentage interest in your success. No one else has that interest, and in real estate, we know a lot about the best interest of our clients and consumers, so why in the world do we not have our own best interest in mind?

Zillow, Trulia, and others offer nothing game changing, yet want your gold. We’re complacent, we’re allowing corrupt data to reach consumers, and we’re self-defeating when we ignore our own assets.

I’m not picking a horse in this race – you are. Maybe you should put more thought into it.