Lack of real estate agent professional competence: it’s a perpetual topic of industry conversation. Marginal agents have been called the #1 threat to the agent sphere in the recently-released D.A.N.G.E.R. Report. “Raising the bar” in real estate is the prime focus of one of the largest agent-led groups online.

Read also: How NAR will prioritize REALTOR safety measures in 2016 and beyond

Missing the mark on raising the bar

While the industry professes to want improvements in agent competency, tangible progress is inconsistent. Franchisers, brokers, associations, MLS’s, and licensing boards control the barriers to entry and sustaining licensure in real estate. These organizations are primarily driven by the inertia of their need to sustain revenue.

Raising the bar for the industry is widely accepted as a necessary goal, but few have the motivation to fund it.

This paradox was particularly evident at NAR Annual this year, with the debate over making ZipLogix a nationwide member benefit. NAR would spend $12 million per year to provide the transaction management platform to all of its members. The funds would come from NAR reserves.

Proponents of the deal spoke of the long-term benefits to Realtors:

These were all important points in guiding the financial and technological strategy for the organization. There was also a significant undercurrent in the discussion, though, about raising the level of membership professionalism. Financial and competitive issues aside, it was implied that this service could improve the competence of the members who currently don’t use transaction management software.

There’s an argument in favor of the deal, simply for this cause. By getting the vast majority of real estate agents on board with a platform that will increase their efficiency, it could improve the professionalism of their interactions with clients. Theoretically, better tools could boost the image of a Realtor in the eyes of consumers, one transaction at a time. Each time a client closed an efficiently-managed transaction with a tech-savvy agent, NAR’s broader image would be enhanced to the buying and selling public.

That’s a lofty goal, but one that shouldn’t be dismissed simply because of its difficulty.

Spending money on the lower rung

The flipside is that most successful agents are already using software that improves their transaction management, document management, and e-signature processing. There are a plethora of tools that competent agents already pay for on a monthly basis and use consistently in their businesses.

This is a clear duplication of costs for this group. The implication for them, and their brokers, is that money is being spent on those members who aren’t willing to step up and commit themselves to better tools and service. They see NAR spending money to raise the level of competence of its lowest-performing members. The top performers will continue to use the tools they currently have, while carrying the water for the rest of membership.

We often hear in these circles that this strategy doesn’t actually improve the image of the organization, but preserves its lowest rungs. It focuses on those who can’t, instead of embracing those who can and do, to the tune of tens of millions of dollars.

There are strong arguments for both sides. Does a rising tide really lift all ships? Can we raise the bar in real estate by bringing up the baseline of all agents?

Taking out the weakest links

Or, should NAR be torpedoing everything that’s a drag on the top line of our industry? Does the industry, and NAR, ultimately only improve when focusing resources on those who can lead a smaller successful core of agents toward a higher level? There is plenty of rhetoric about significantly increasing the costs associated with membership and shrinking the population to put more business in the hands of the purportedly more capable bigger producers.

With the stated goal of recruiting many of the 1 million non-Realtor licensees into the fold with the ZipLogix deal, it seems that the current leadership is leaning toward the rising tide. NAR’s directors voted two-to-one for the proposal. But that is a highly divided board, compared to the nearly unanimous approval that most proposals receive by the time they get to the directors.

This is a discussion that has to be central in the search for NAR’s ideological future. Is it in our best interests to focus our resources on increasing the population of members from its current slate of 1.2 million? Will that increased membership have the resources to improve the level of real estate agency services nationwide, or will it dilute the organization’s focus and lend less resources to its best and brightest?

Getting off the fence

We certainly have the ability to provide different services to distinct groups within our membership. But choosing to bifurcate our mission to both a bottom-up and top-down approach means we’ll be less successful at both.

Float more boats or sink more ships? Let’s decide, let’s say it out loud, and let’s put it on our flag, so everyone on board knows where we’re headed. 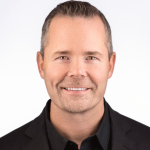 Sam DeBord is managing broker of Seattle Homes Group with Coldwell Banker Danforth, and 2016 president-elect of Seattle King Country REALTORS®. You can find his team at SeattleHome.com and BellevueHomes.com.