With Black Friday and Cyber Monday still cluttering our brains, not everyone is participating in the mass-hysterical shopping frenzy. Instead, protesters in New York are taking to the streets to voice their discontent with Amazon’s decision to move their second headquarters to Queens.

The new headquarters will cost Amazon around $3.6 billion to build, but the project will be heavily subsidized by $2.8 million in city and state tax grants, as well as other governmental incentives.

Those who oppose Amazon’s decision include disgruntled residents who don’t like their tax dollars being used to sweeten the deal for Amazon and it’s trillionaire CEO.

Many contend that the decision was undemocratic, the result of a backdoor deal between Mayor Bill de Blasio and Governor Andrew Cuomo that bypassed public comment and the City Council. Others fear that the influx of workers into Queens will compound the problem of overcrowded subways and overflowing sewers.

While many of the complaints are concerned with the negative impact that the Amazon headquarters might have on the city’s infrastructure and rent prices, some take issue with the company’s practices. A new report shows that Amazon is deeply implicated in the tech infrastructure that provides crucial data and surveillance that ICE uses to deport immigrants. At the same time that Queens residents are protesting the new headquarters, Amazon warehouse workers in the UK walked out on Black Friday to protest poor working conditions. 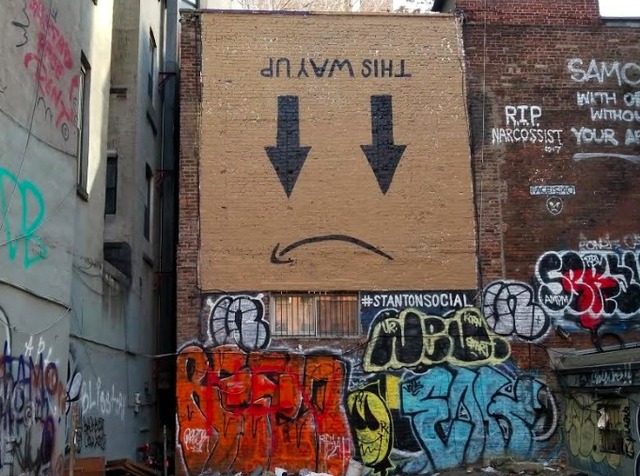 The city’s street artists have also made their sentiments known. Graffiti with anti-Amazon messaging is starting to pop up on buildings, sidewalks, and bus stops. One of the most common tags reads “Amazno” with the classic red circle and slash over the “no.” Ingenious taggers have even pried open the ad displays on the sides of a few bike shelters, covering over ads with large “Amazno” posters.

There are also reports of anti-Amazon graffiti at train platforms in Manhattan, reading “Alexa, refund me $1.2 billion.”

While some residents resent the graffiti and don’t think it’ll have much impact, others, like long-time Queens resident Raymond Normandeau “support a little mischief that voices opposition.”

Said another resident, Chris Borodin, “Compared to the damage Amazon will do to our neighborhood – making rents go up and congesting the streets and everything else – a little graffiti on the sidewalk is nothing. I think these acts of protest are a great way to show what the little guy thinks of Amazon coming here, and I hope to see more of it.” 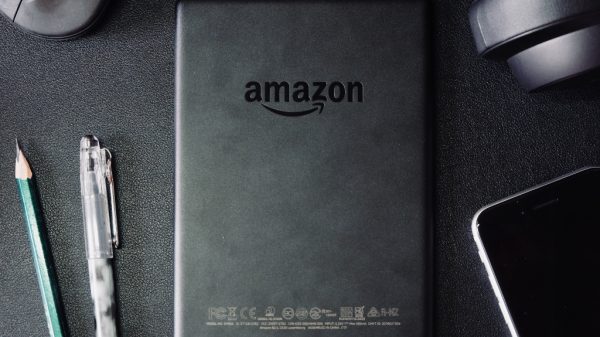