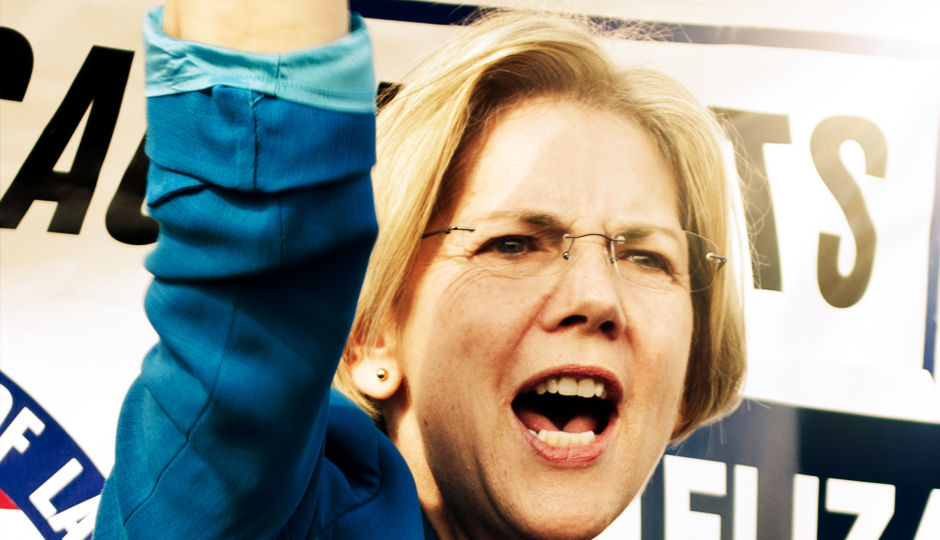 “They protected Wall Street. Not families who were losing their homes. Not people who lost their jobs. And it happened over and over and over,” Sen. Elizabeth Warren tells Salon in an exclusive interview. Although she continues to deny an interest in running for president in 2016, the attack on Obama indicates otherwise.

The Massachusetts Democrat is popular for helping to form the Consumer Finance Protection Bureau (CFPB), which was born from a proposal she created while teaching at Harvard University, later to become instituted through the Dodd-Frank bill. She has again come to the defense of the common American, making it clear that she believes President Barack Obama consistently chose Wall Street after the 2008 financial crisis.

Warren has expressed some of these opinions in her memoir published this year, in fact, the “he chose Wall Street” refrain is repeated in the book. This Salon interview appears to be an expansion of those comments, designed to grab headlines to reach the general public more than any printed book ever could.

Although Warren continues to applaud Obama for protecting the CFPB, her book calls Obama out for failing to take more action on financial regulatory reform. “If Barack Obama had not been president of the United States we would not have a Consumer Financial Protection Bureau. Period. I’m completely convinced of that.”

Conversely, she tells Salon, “There has not been nearly enough change.” Warren continues to urge the Department of Justice to bring up criminal charges against the guilty banking regulators, and says that the system is rigged.

So why the anti-Wall Street drum beat? Easy – Hillary Clinton. Warren may end up being a viable Clinton alternative, given the direct ties Clinton has to Wall Street, so watch for more headlines like this as many seek to distance themselves from Obama to increase their chances in 2016.