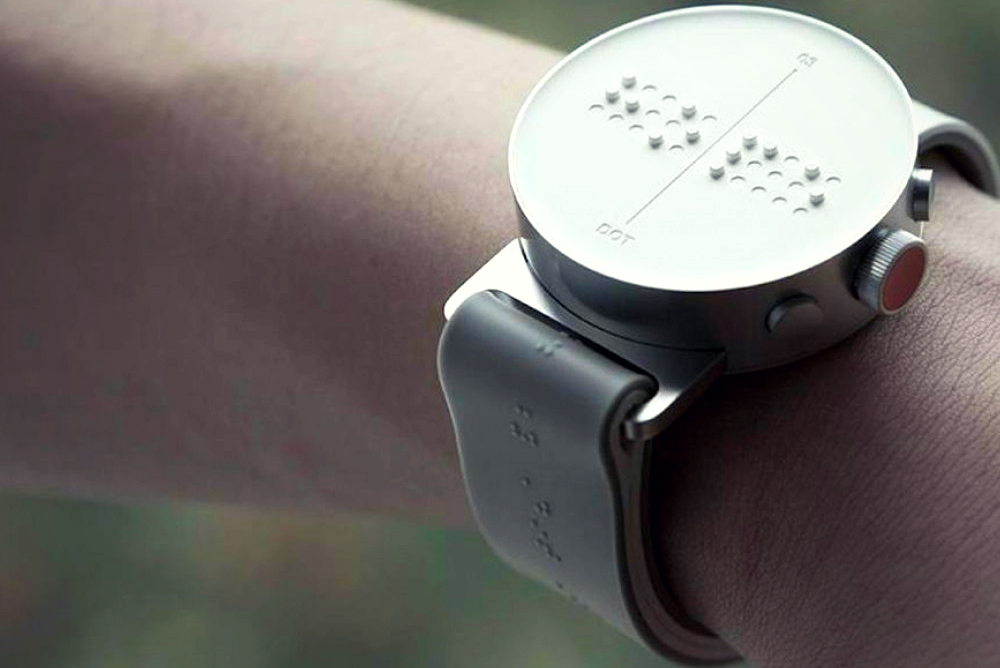 The benefits of technology

Technology exists to help make tasks easier and more accessible. While it can be difficult staying up to date with the latest technological trends, most would agree that technology serves some beneficial purpose in their life.

Read also: Microsoft is innovating by designing for the disabled first

Technology can also help serve those with physical or learning disabilities. One of the more recent examples of this was the release of The Dot, which is a smartwatch developed for blind and visually impaired individuals.

What’s out there now

Currently there are no smart watches for seeing-impaired people. There are over 285 million people who are visually impaired.

This watch has the potential to empower an entire people group.

There are a few companies making watches that tell time using similar braille features but they are no where near the advancement that a smart braille watch can and will be.

Created by South Korean developer, Dot, this piece is the world’s first smartwatch equip with Braille.

It uses four active dynamic Braille cells, which allows its user to choose the speed at which its characters update.

The Dot has the capability to receive any text from any type of app and can send messages by use of buttons on the side of the watch. Like other smartwatches, it connects to a smartphone via Bluetooth. An Open API allows anyone to develop apps for Dot utilization.

The future is near

In March of this year, The Dot will be delivered to around 140,000 people, including Stevie Wonder. “We strive to be a pioneer in accessible and affordable innovations for the vision-impaired and the deafblind, to lead independent lives,” their website reads.

The watch is made of 6000 series aluminum and is powered by a li-polymer 400mAh battery. It has a wireless MCU platform, Bluetooth LE 4.2, gyroscope, and a touch sensor.

It is currently available for preorder on The Dot’s website.

(TECH NEWS) In a society where we turn on the daily news and see devastating loss of life, anything that could potentially keep you...

Could the Internet of Things actually save your life? #IoT

The Internet of Things is revolutionizing our lives, particularly in the last year. From smart homes to smart vehicles and everything in between, the...

Cool wearable controls stuff around you with simple gestures

Gest, the digital toolkit, was created by engineers and developers who were sick and tired of typing on those tiny touchscreen keyboards we’ve all...