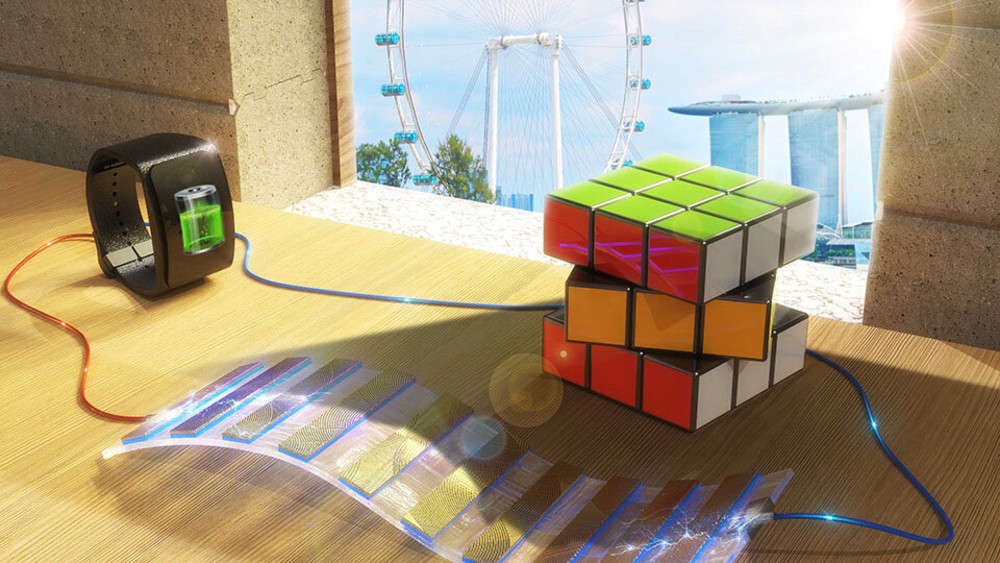 A new device was revealed to the world this month, and it is set to potentially reinvent the renewable energy sector. The Shadow Effect Energy Generator (SEG) is a real and unique prototype that generates energy from the play of shadows and light. Pushing us fully into the realm of sci-fi this device opens so many doors we probably can’t even see them all yet.

The device is composed of a silicon wafer with thin strips of gold film interspersed evenly along the surface of a flexible plastic base. Scientists at the National University of Singapore (NUS) capitalized on the illumination contrast between the shadows on the device to induce a voltage difference between the films, which results in an electric current.

The researchers “found that the optimum surface area of electricity generation is when half of the SEG cell is illuminated and the other half in shadow” as it creates the best ratio between charge generation and collection respectively. When the device is placed in pools of complete sunlight or complete shadow the efficacy significantly decreases.

When the researchers say that things need to be in shadow however they do not mean complete darkness. They are referring to the passing of clouds or shady tree branches. The every day movement of the weather could produce more power than a current day solar panel. This small amount of difference has been demonstrated to produce enough power, about 1.2V, to run a digital watch. The ability that creates this effect of voltage creation also double as a sensor device that can show the log of shadows passing overhead. This can create cyclical train of logic that could possess self-powered sensors.

Now there is plenty of more work to do the inventors say. Currently the researchers believe that this device could be good for mobile devices, and that would be about it from the implications. They want to decrease the cost of the device and get away from using gold for one. While it is one of the most conductive metals, and produces charge more easily than most, it is still very expensive. They also want to make the charger portable for use on the run or just on the move in general, which would help create the alternating forms of illumination that they are looking for to begin with.

This is an exciting leap forward in the renewable energy industry. A great deal of potential has been unlocked here, and many possibilities await to be discovered.