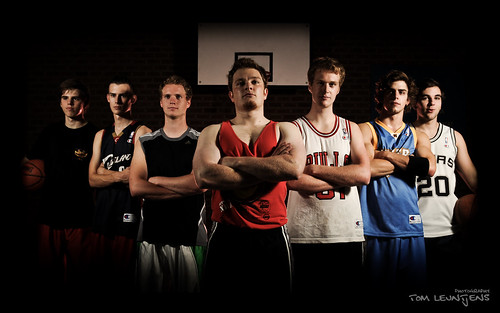 But it Seems There is a “Me”

The concept of teams in real estate is not a new one, but it is open to lots of interpretation. Some teams are agents working together under a single names. Some teams are comprised of an agent who employs some “buyer agents” under their employment contract with their Broker In Charge. And still other teams are lose confederations of agents who share a name and have little economic interplay.

Some of the teams are informal arrangements and yet some are defined by contractual agreements in their brokerages. But they all have one thing in common – they are often viewed less than positively by the single agent practitioner.

Part of the reason for this contention is the way we market services in the real estate community or achieve recognition. Our fascination with awards, and sales volume, and being number one in our marketplaces causes some friction when a team advertises as if they were a single individual. or when the team leader claims the total production for themselves and applies those numbers to advertising, marketing, and awards programs.

Since teams come in a wide variety of sizes and flavors, the idea of there being a comparison between them as teams , or comparing them with a single agent can obviously cause some confusion for the consumer.

Should a husband-wife team be measured by the same yard stick we use to measure the agent who works with a team of three listing agents and 5 buyer agents? Should any of them be compared with a single agent? In many instances the only thing some of these groups have in common is the use of the word ‘team’. So if  they claim to be number one without qualifying that they are a team or explaining the group in which they are number one, are they meeting the “true picture” requirement of our Code of Ethics? Obviously it would be a little silly to list the type of team in every ad . You would have to have ads that read “The Number One 5 person Team”  or “The Number One Left Handed Sales Agent Team”, and yet it is easy to understand how a single top producing agent, might feel perturbed about a 4 person team that has only the name of the Team leader in its ad where he claims to be the Number One salesperson in their market.

So What Can We do?

I realize that this brings to mind a lot of questions, and I wish I had an easy answer for them. To me , nominally there should to be the disclaimed that there is a team in any advertising to begin to reach a true picture. And I’m the type of person who would probably want to advertise the size of my team (though maybe that’s just a guy thing). But what do you think as an active practitioner?

So I would ask your help in answering some questions starting with the first and most obvious question – is this an issue for you or in your marketplace? Do you think its OK for an agent who operates a team to advertise under their name without the word “team”?  Do you have a team? How do you advertise?What kind of disclaimers do you think are appropriate? Is there team in your area that advertises in a manner you think is inaccurate?  What do you think is the right way to inform the consumer?

I look forward to hearing your answers…