With the launch of Google’s new social network, Google+, the ecosystem at Google has changed to integrate and streamline all of their services so that they function together rather than separately. In this spirit, Google has announced a faster, sleeker, more minimalistic design for Google Reader. Several features have changed, most notably with now RSS items can be shared, as “sharing” has gone away yet is substituted with Google+ integration. Now, from the feed reader, a user can +1 and prepare a status update about their chosen item they wish to share and it is visible to their Google+ network rather than just fellow RSS subscribers.

Some will miss seeing their chosen few contacts’ shared items, while others will find it nice to have fewer places to seek out status updates and activities. Google Software Engineer, Alan Green said in a statement, “Integrating with Google+ also helps us streamline Reader overall,” adding that “Google+ is still in its early days, after all, and we’re constantly working on improvements.”

For users that dislike the changes, Google Reader has a subscription export feature because “regardless where you go, we want to make sure you can take your data with you,” Green said. The new features and changes to Google Reader will be rolling out gradually to all users and they note that a new Android application will be released with the new features soon but that it is not ready for release yet.

Photo tour of the revamped Reader

The new Google Reader matches their new look on Gmail, is simple and streamlined like Google+ and they’ve removed all of the lines, moved navigation to the top. As publishers, we like that all of the clutter and blues, oranges, grays and black have been minimized so that content is easier to read, and the artwork published with stories is more visible. Below is a photo tour of the new look and features (click any image to enlarge): 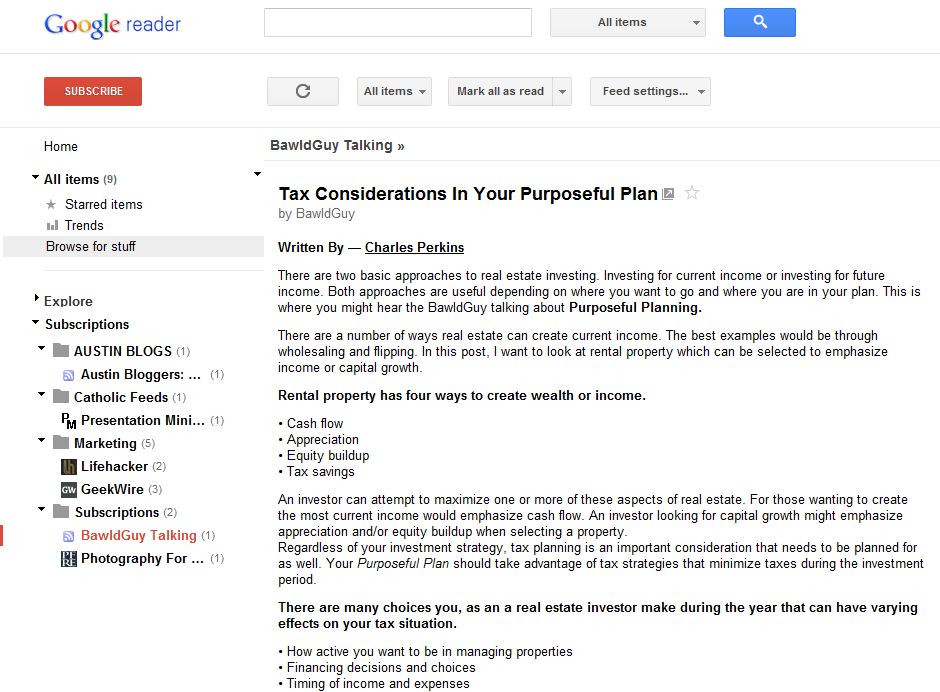 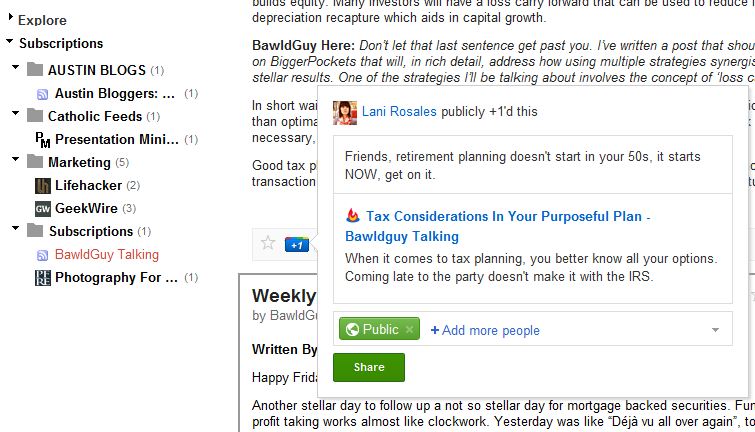 In this article:google, google reader, News