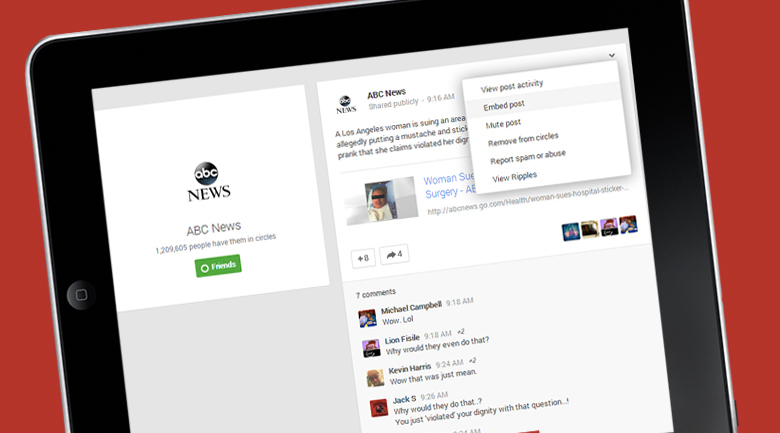 You’ve long been able to embed a Twitter post in your blog or website by copying and pasting a simple line of code, and last month, Facebook announced they’d be rolling out embeddable posts as well. This week, Google+ has caught up, and Google’s growing social network offers users a very simple embed option for any public update. Here’s how to embed a Google+ post in your website or blog: 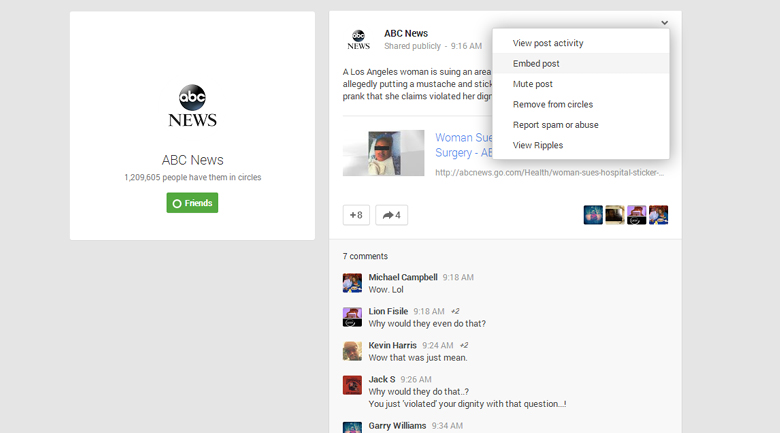 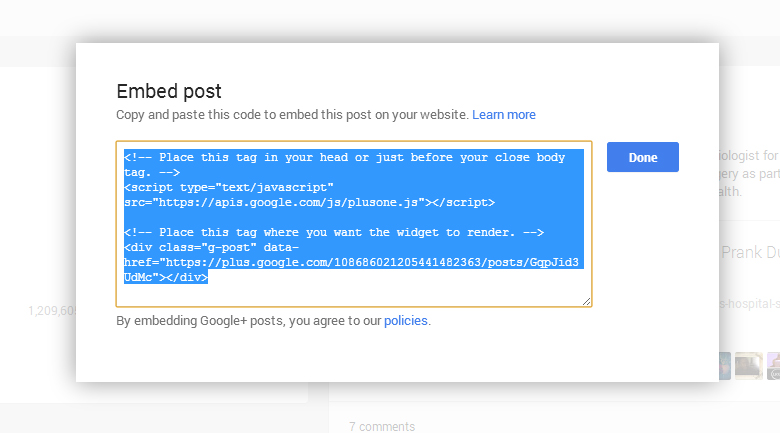 Then, simply paste that code into a blog post on your site, or on your website. Those two simple steps and some pasted code later and you’ve got a fully interactive post on your site (as seen below, scroll down).

How you can benefit

In the embedded Google+ post, site visitors can +1 a post, comment on it, add the post’s author to their circles, and even report the post as abusive if it violates Google’s rules. This interactivity is important not only because embedding your own posts on your own blog can help expand your social network, but to please the Google Gods.

Yes, I said it – the Google Gods. I’m no SEO expert, but it makes sense that Google is already rewarding Google+ users with favorable search results by adding their photo and profile next to authored posts, so tying your site to G+ more closely should make the Google deities even more happy, and why wouldn’t it?

By embedding Google+ posts on your website, whether they are your posts or someone else’s, you’re pointing people to the social network, reinforcing its relevance, and essentially branding for Google for free – they’ll likely never say that it has any impact on search results, but I have observed that pleasing the Google Gods is good for business, especially if you rely on search traffic in any way, shape, or form on your website.

Now, if Google+ will begin playing nicely with third party sites (and vice versa) like Storify, Buffer, Klout, and the like, Google’s social network will actually rise in relevance. There are users, but it still isn’t exactly a Twitter or Facebook in the world’s mind. But because the Google Gods still reign, it will be.

In this article:embed google+ posts, google, google plus