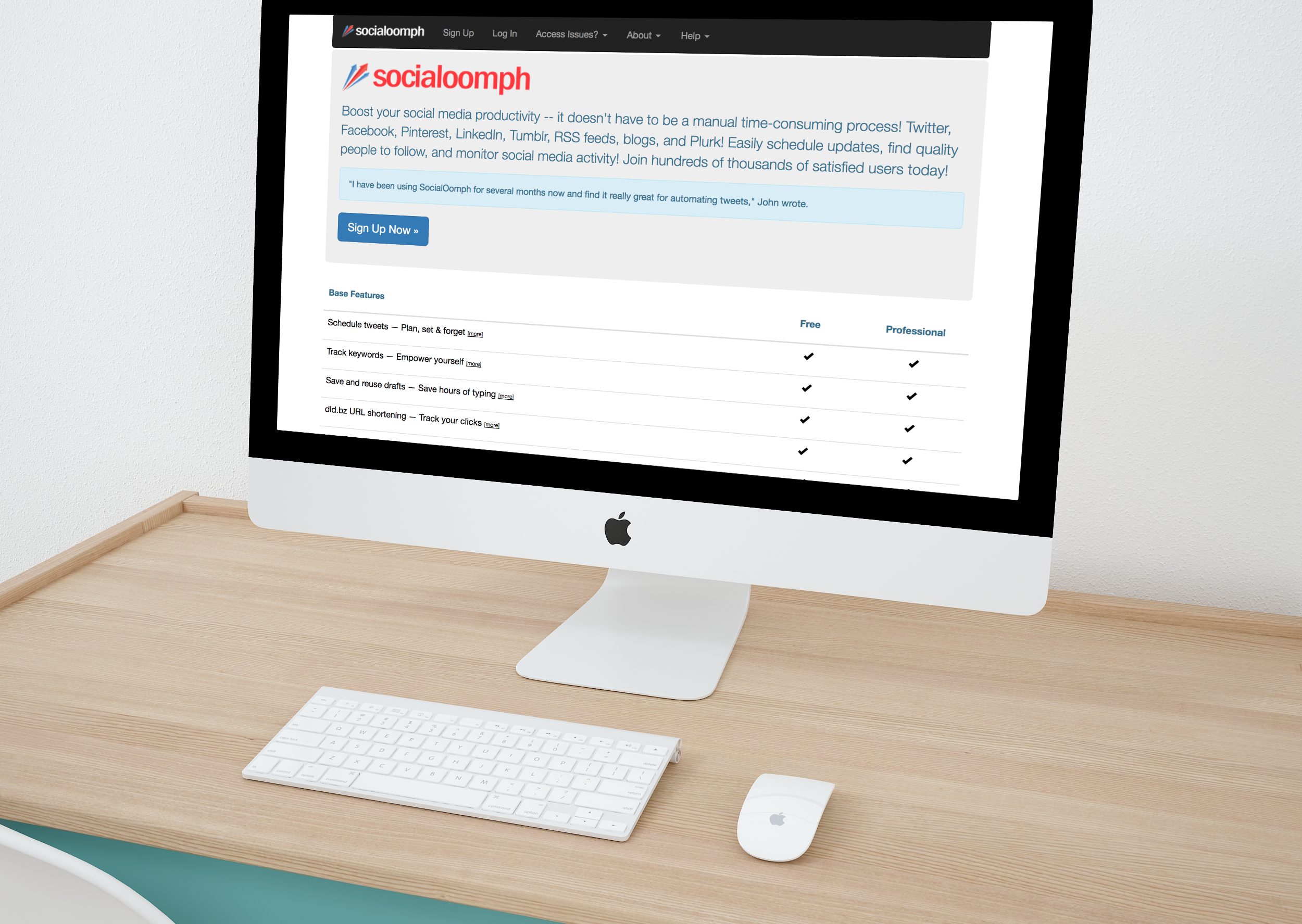 The you that exists online

On the whole, I do not social media. I mean, I do in my professional life. I’ve gotten paid for that specifically. I’ve managed the online presence of nonprofits, for-profits… you name it, I’ve Tweeted, blogged and/or flame warred it.

Read also: What would you say if we found a mute button for social media?

Personally, however, not so much. I exist on LinkedIn, which I’m pretty sure is now a legal requirement. I use Pinterest as an occasional brain dump for things I think are neat, mostly recipes, antique weapons and horror stories, which I enjoy separately, thank you. I promise I’m not a serial killer. That you know of. I suppose I have a Facebook account, but I will never, ever link it here. There’s still college in there. We do not speak of what theatre students get up to in college. Personal branding plainly isn’t my jam.

That said, if Socialoomph does what it says on the digital box, I may change my mind.

Obvs social media management tools aren’t new. Any number of solutions for managing your brand presence on multiple services are yours for the Googling. Socialoomph distinguishes itself in two vital respects, both of which make it an interesting option for entrepreneurs in particular.

First, it’s comprehensive. Its professional tier goes beyond the usual suspects (though it handles those as well, listing support for (Twitter, Facebook, Pinterest, LinkedIn, Tumblr, RSS feeds, blogs, and Plurk”) and allows users to schedule posts and track traffic not only from the listed social media sites but individual blogs.

That’s a great match for freelancers like your humble narrator who may have multiple digital pots boiling.

Second, it’s feature-rich. Socialoomph provides some clever add-ons absent from other services, like an inbuilt URL shortener, self-destruct updates that vanish after a time limit, and a WYSIWYG (what you see is what you get) text editor for blog posts. It also allows for unlimited accounts on most of the services it supports.

The major downside to Socialoomph is price. There is a free tier but, bluntly, it’s not the service. Free Socialoomph is a glorified Twitter extension: it does nothing for any other service. For everything else you’ll need professional tier, and that’s going to cost you $38.94 per month.

That said, Socialoomph is more feature-rich than several cheaper competitors, and for blogging in particular it makes a unique and useful offer. Assuming you’d like to build a brand slightly more reasonable than my current mix of creme brulee and creepypasta (though really, tell me you wouldn’t go to that restaurant) Socialoomph may be worth a look.

In this article:Management, Social Media, The News