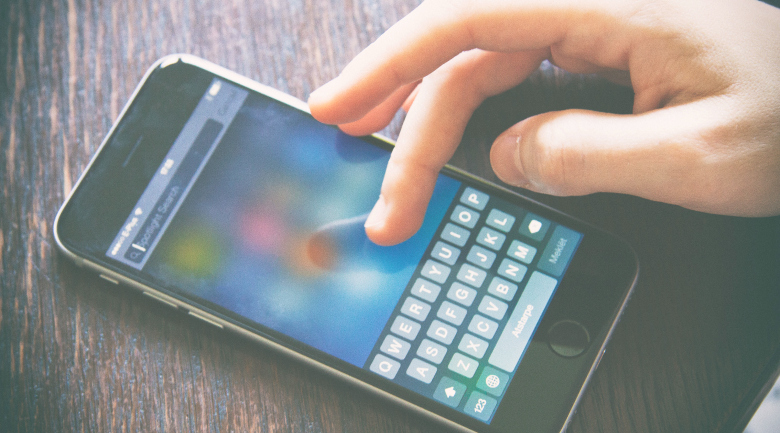 I think it’s kind of neat that some of our most renowned, famous, rich (continue with any other superlatives you want to add) CEOs have fan pages and tons of followers. I mean check this out: Facebook’s Mark Zuckerberg has over 33 million followers. Netflix’s Reed Hastings logs in with over 300,000. Even Hewlett-Packard’s Meg Whitman has over 200,000 followers. Ok maybe we’re not talking popularity on par with the Kardashian’s (Mark Zuckerberg excluded) but this is proof positive that many of the top CEO’s are embracing social media.

Read also: Where CEOs are spending their advertising dollars

Oddly enough, it wasn’t always so. According a recent report from CEO.com, some 61% of Fortune 500 CEOs had no social media presence at all in 2015, which is actually an improvement from the 68% of CEOs with no social presence the year before.

Social impact, explains forbes.com, “doesn’t warrant tweeting every meeting, trip or thought. It does require that CEOs use a new content playbook for their own accounts and organizations they represent.”

The CEO.com study discovered also that LinkedIn is the dominant social media platform for Fortune 500 CEOs, with 32% of executives connecting to other users on the platform. 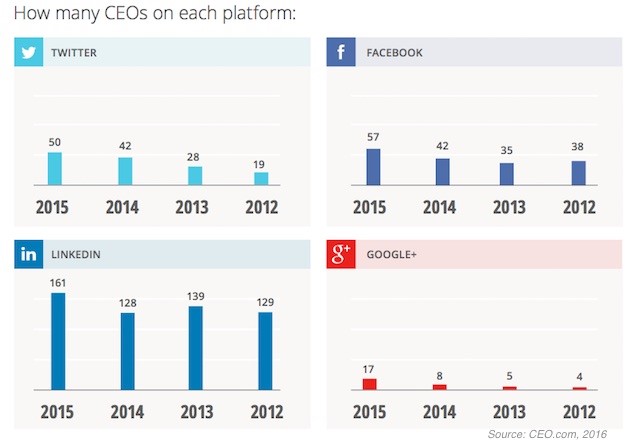 Meanwhile, a forbes.com article points out that “while new media norms suggest that CEOs make social content and engagement core to their leadership communications, widespread adoption in the C-Suite remains slow.” Top perceived barriers we see consistently see include time commitment, return on time invested and risks involved as a public figure.

The Harvard Business Review coins the term “Social CEO” as one who has successfully embraced social media. Says HBR, CEO’s are building their personal brand whenever they engage on social media, and when they do it in an authentic and generous way, they’re also improving the company brand.