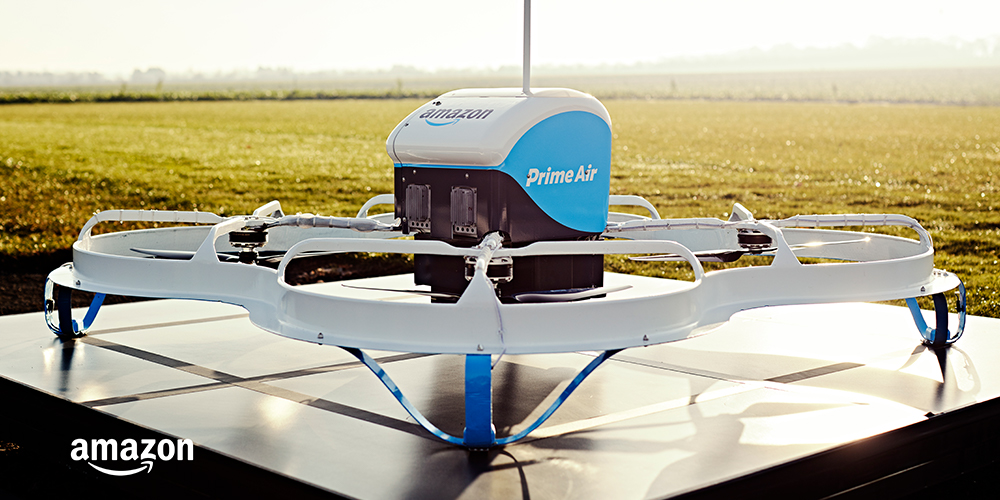 Amazon has finally received the stamp of approval from the Federal Aviation Administration (FAA) to deliver packages by drones. This pivotal step brings the online retailer closer to their promise of delivering packages to customers in 30 minutes or less.

In 2013, during CBS’s “60 Minutes” interview, Amazon CEO and Founder, Jeff Bezos, said drones would be delivering customers’ packages within five years. Although the estimate is a couple of years off, it seems like that day might be right around the corner.

Personally, I’m looking forward to the day when little floating presents are sailing through the sky (Animal Crossing balloons, anyone?). Despite our excitement to see our latest Amazon impulse purchase land on our doorstep, it isn’t going to happen overnight.

The Part 135 Air Carrier Certificate Amazon obtained for its fleet of Prime Air drones will allow the company to use unmanned aircraft systems (UAS) “to carry the property of another for compensation beyond visual line of sight.” Although the FAA certification is allowing Amazon to begin test trials, Bloomberg reports that the retail giant still has “regulatory and technical hurdles” to overcome.

In addition, the FAA has yet to set regulations that will “serve as a framework to expand drone flights over crowds, a building block necessary for deliveries.” Amazon hasn’t said when and where it will start testing the delivery service either.

David Carbon, Amazon Vice President who oversees Prime Air, made this statement: “This certification is an important step forward for Prime Air and indicates the FAA’s confidence in Amazon’s operating and safety procedures for an autonomous drone delivery service that will one day deliver packages to our customers around the world.”

This approval is definitely a step forward, but Amazon has been working on the drone delivery service for years. Early last year, the giant retailer revealed they would start offering one-day shipping. They have followed through on this, at least. And during a Las Vegas Conference in June 2019, they revealed their “fully electric drones that can fly up to 15 miles and deliver packages under five pounds to customers in less than 30 minutes.” But it still doesn’t answer when we can expect to see whizzing drones overhead.

I’m not sure when Amazon will fulfill their last promise. But it is getting closer. What I do know is that I look forward to the Amazon drones taking flight. I can’t wait to place my orders knowing that I will get that last-minute present I ordered just in time.

In this article:amazon, drone delivery, drones, The News