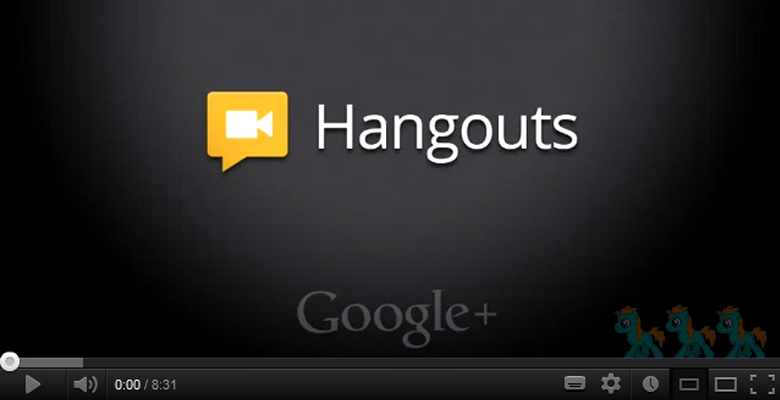 There comes a time in everyone’s lives when they become too old to do the things that they used to do as children. Searching for eggs around Easter is one of those things. It happens around the age of 11 or 12 where you just look silly searching amongst young children for plastic eggs filled with candy. However, modern technology has been kind enough to cater to us adults that are still kids at heart and the concept of a virtual Easter Egg now exists.

These “eggs” have nothing to do with the holiday but come from the concept of searching for a hidden treasure in plain sight. They are described as features that are not documented or not expected and they appear in computer software or on a DVD, usually included as a bonus. Google has adopted this idea for their Hangout feature and have done so to really bring back the feeling of being a kid.

Due to user complaints of Google+ Hangouts being too heavy with text, they have implemented Easter Eggs that allow animations to appear on your screen. Google announced this addition to their computer-mediated-communication platform recently at the I/O conference. In order to access these animations, you must be using the most updated Chrome Extension with Google+ Hangouts. The animations will not work on a mobile device or within video calls. They are also not compatible with other browsers such as Safari or Firefox.

The animations include ponies (/ponies or /ponystream), angry mobs (/pitchforks), and dinosaurs (/shydino). By typing in one of the codes (ex: /ponies) into the chat window on the web interface and hitting “enter”, you will be able to enjoy seeing these animations run across your screen.

Although this is something that may not enhance your Hangout experience, and it may not be something for everyone, it is an amusing stimulation for the brain and something that can make you feel like a kid again. 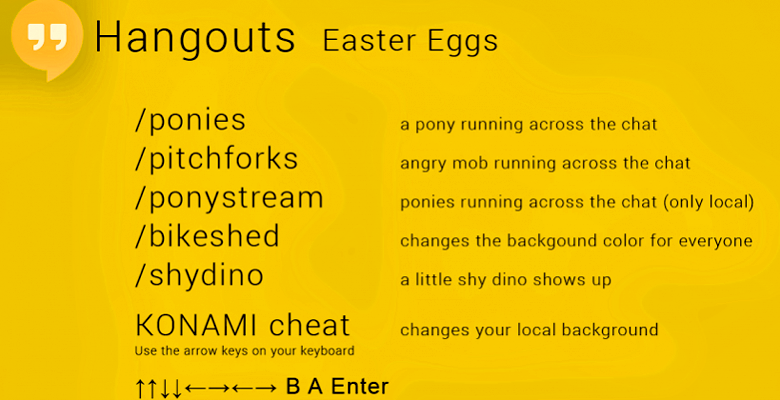 In this article:google, google+ hangouts, Technology