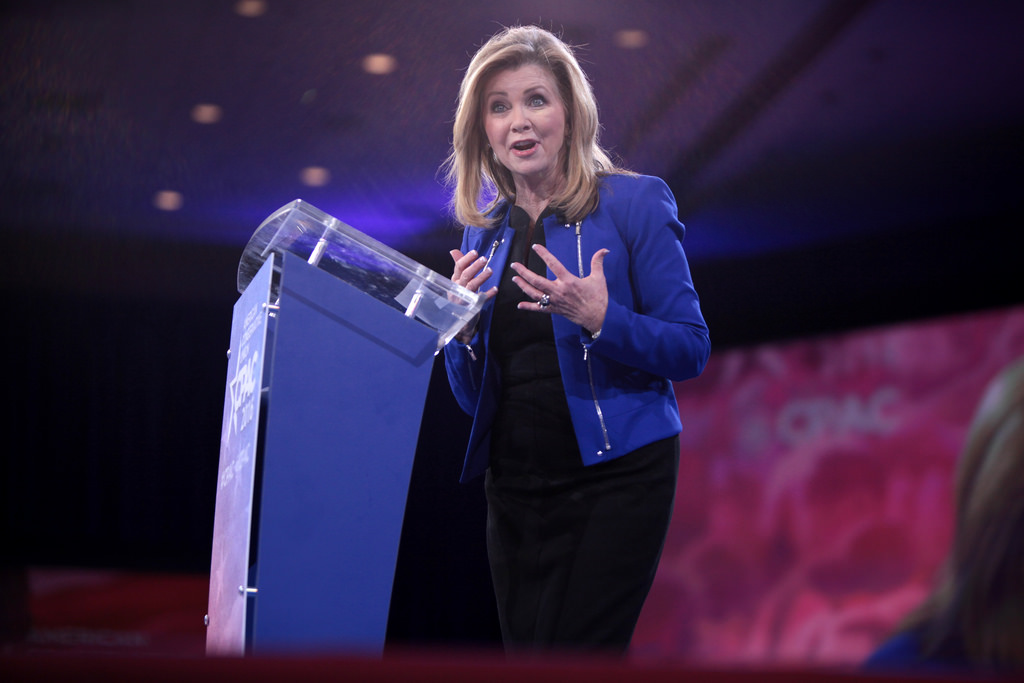 The fight for net neutrality has a new contender: Rep. Marsha Blackburn (R-TN).

Blackburn has proposed the “Open Internet Preservation Act,” a law that would ban blocking and throttling, and prohibit state governments from enacting their own net neutrality laws, but still allow ISPs to create paid fast lanes.

This bill would also bar the FCC from imposing common carrier regulations on broadband providers.

The Open Internet Preservation Act (which can be viewed in full here) defines Internet access as an “information service,” which means the FCC would not be able to regulate home and mobile Internet providers as common carriers.

Unlike the FCC’s repeal order, which allows ISPs to block, throttle, and prioritize Internet traffic as long as they disclose such actions publicly, Blackburn’s bill would enforce the no-blocking and no-throttling rules, but forbid the FCC from adding any new requirements to the rules. The FCC would be required to adopt formal complaint procedures to address alleged violations.

A Twitter statement made by Blackburn on December 19 indicates this new bill is an attempt to restore some of the provisions once supported by net neutrality. She insists the Open Internet Preservation Act is a “light touch” regulation.

FCC Commissioner Michael O’Rielly is a fan of Blackburn’s bill. He said it “Offers a realistic opportunity for compromise and finality on this much-debated issue.”

However, many of those already disturbed by the FCC’s net neutrality repeal insist this GOP bill isn’t really middle ground and doesn’t protect consumers enough.

“This is not real net neutrality legislation,” Fight for the Future Campaign Director Evan Greer wrote in a blog post responding to Blackburn’s announcement. “It’s a poorly disguised slap in the face to Internet users from across the political spectrum. Blackburn’s bill would explicitly allow Internet providers to demand new fees from small businesses and Internet users, carving up the Web into fast lanes and slow lanes.”

The Internet Association, a lobby group for websites such as Amazon, Facebook, Google, and Netflix, agrees. “The proposal circulated today does not meet the criteria for basic net neutrality protections—including bright-line rules and a ban on paid prioritization—and will not provide consumers the protections they need to have guaranteed access to the entire Internet,” the group said in its own December 19 statement.

As of now, Blackburn’s proposal isn’t likely to get very far with Democrats. They’re already trying to force a vote to reinstate the previous net neutrality rules in full.

The battle for open Internet rages on. Be sure to check back for new announcements and legal actions as they develop.

(TECHNOLOGY) Microsoft will not be left behind in the Metaverse. The tech giant plans to fully acquire Activision Blizzard by 2023 for $68.7 billion cash.