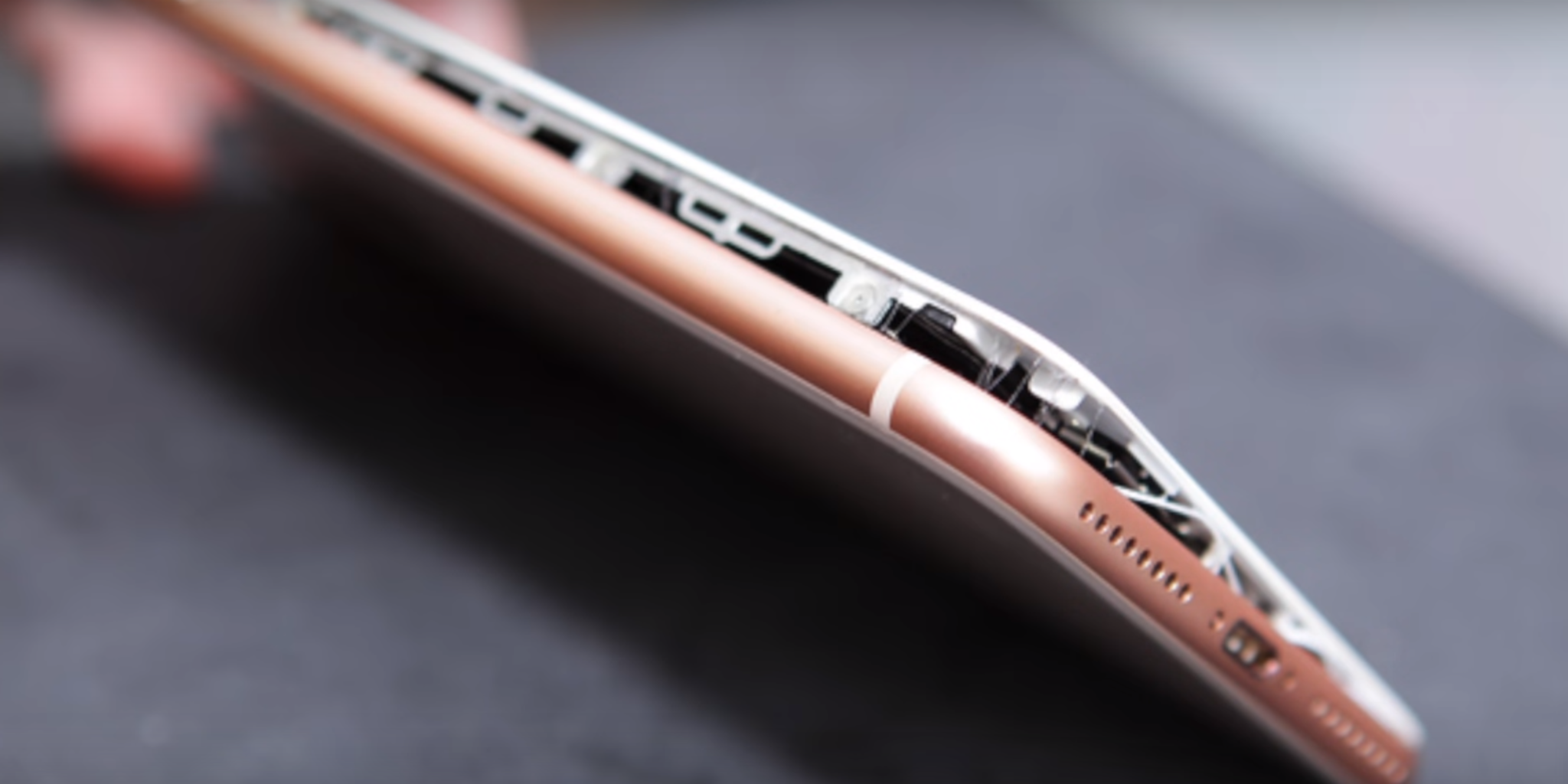 Apple’s iPhone is no stranger to controversy and the newest release is no exception. The iPhone 4 faced “antennagate” whereby Apple tried to tell users they weren’t holding their phones correctly in order to get an adequate signal; iPhone 5 was plagued by “scratchgate” as the shiny surface was easily scratched – coupled with the now infamous “purplegate” as some users’ photos had a purple flare or cast to them; iPhone 6 was confronted by an alarming design flaw, termed “bendgate,” bending as easily as (some really old) putty.

Now, the newest kid on the iPhone block faces an even larger design flaw called, “splitgate.” Apple is currently investigating several reports of problems surrounding the charging of the iPhone 8 Plus.

According to several users, the iPhone is splitting completely open and/or swelling when charging while being connected to the approved Apple charger. While this flaw is being called “splitgate,” some phones are said to be swelling, bulging, and becoming excessively warm to the touch. This is rather alarming given that other manufacturers have had problems with their devices exploding. Pictures of “splitgate” have been appearing in social media, especially Twitter.

So it seems some people are opening there iPhone8 to find that its split wide open ? #SplitGate pic.twitter.com/gCiPO1HYu4

It’s important to note that the iPhone 8 Plus’ battery is made by Amperex Technology Limited (ATL), which is he same company which manufactured the batteries for Samsung’s exploding Galaxy Note 7.

After several issues with their devices, Samsung wound up recalling the Note 7 due to the same lithium ion batteries that Apple has implemented. Apple’s newest iPhone is also having an issues with overall quality, with many users reporting a crackling or static noise when making calls. Apple says that issue will be corrected in a future update, but at this point, they could already be headed down the same road as Samsung.

Apple has stated that they are “aware (of the issue) and are looking into it.” They haven’t made it clear as to what might be causing the issue, but many users are speculating it could be due to the battery swelling. Whether this is due to a manufacturer it defect or an overheating/overcharging issue, remains to be decided, as Apple it not making any further comments at this time.

If you think your phone might be swelling, or feels warm, unplug it immediately and turn it off. While these incidents are certainly cause for concern, they are still isolated incidents. Use caution while charging your phone and never leave your phone to charge on your bed, sofa, or any other soft/flammable surface.

In this article:apple, iPhone, splitgate, Tech, The News