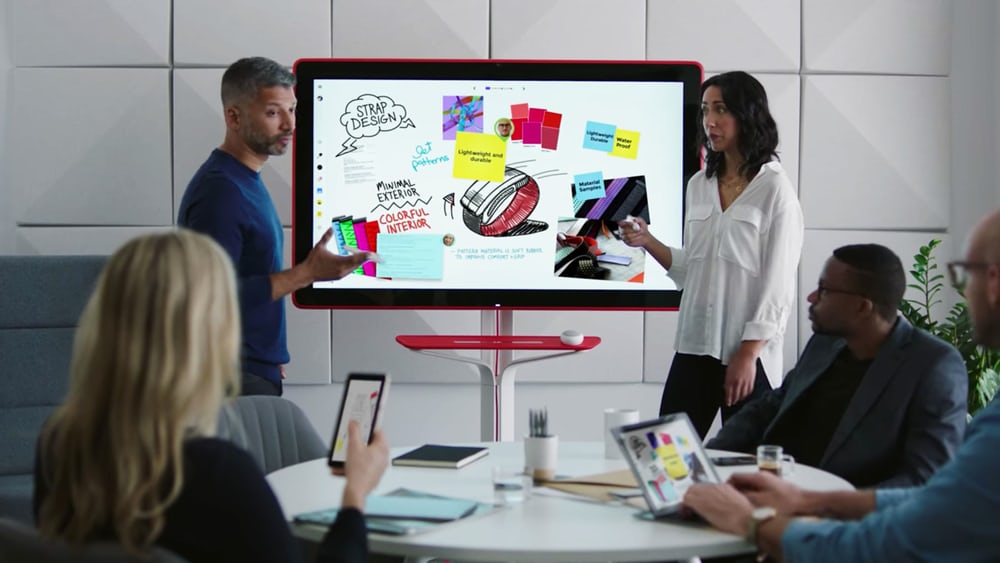 Google is well on its way to ruling the tech world with yet another technological innovation just weeks after launching a pair of handsets, a smart home hub, and virtual reality headset: their 4K whiteboard.

Read also: How Google’s new Allo app is different (but kinda the same)

This whiteboard dubbed Jamboard is the company’s newest, as well as most unlikely, innovation focused on workplace tools.

How cool can a whiteboard be?

Inspired by their desire to build a new collaborative tablet interface for G Suite (what used to be Google Apps For Work), it seems Google has found the answer.

The Jamboard is 55 inches of captivating 4K visuals with touchscreen capability built for workplace collaborations.

Users can draw and erase with the included stylus and microfiber eraser, or simply use their fingers. The board also has Google Cast built in, making video display possible.

Although there has been no mention of any hardware partners, the memory output lives on Google Drive and connects to users in person or from their smartphone or tablet with the iOS and Android operating systems. The system itself runs on a highly specialized version of Android, and features a built-in browser, along with other features like Google Maps.

4K screen, why so fancy Google?

The short answer is: because Google is Google.

Long answer: Google says 4K is necessary to provide high resolution video watching and avoid pixilation when users are close to the board. There’s even a built-in 2K camera that records telepresence at 60 frames per second. Once a project is finished, it can be shared as PNG or PDF.

For the detail oriented, the back is just as fancy as the front with standard USB ports, USB C, HDMI, and ethernet. It can even be mounted to the wall or supported on the included stand with wheels.

So far, Google has tested the hardware in Netflix and Spotify’s corporate boardroom, along with various other high profile partners and have received impressive results. It will launch for us non-high-profilers next year and run for approximately $6,000. So, to answer the question of “how cool can a whiteboard be?” – pretty dang cool we think!

For all the basic whiteboard users, would you replace your old with this new? Let us know in the comments below.

In this article:google, Jamboard, smartboard, The News, whiteboard