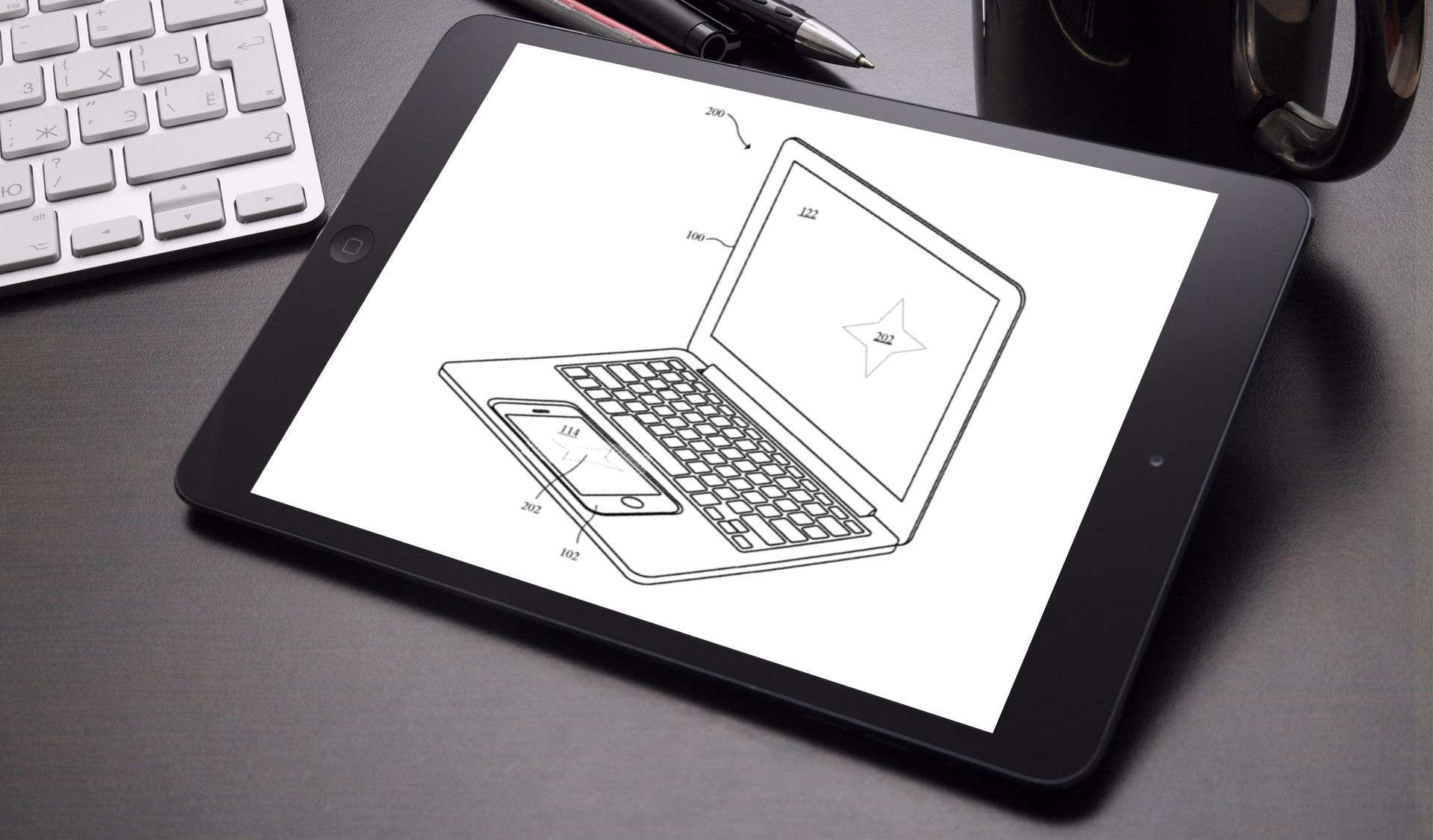 Anytime we upgrade to the newest iPhone, or prettiest MacBook air, Apple trumps us with a new product that’s even cooler than what we have.

Such is the case after the recent iPhone 7 and MacBook Air’s, as there is already talk of a redesigned product that will utilize both the iPhone and the MacBook simultaneously.

According to a patent secured by the innovative technology giant, it is considering various ways to merge the iPhone and iPad with the MacBook.

One blueprint shows an iPhone that docks into the laptop, in place of the traditional trackpad.

Here, the laptop is only for display, while all of the computational operations take place within the iPhone.

In another blueprint, the iPad acts as the screen for a MacBook, while the keyboard and trackpad keep their traditional laptop location and look.

Because no two Apple products are alike though, I’m sure there’s a reason for the trackpad that differentiates this from the keyboard case design.

While Apple is known for it’s innovation, the “lapdock” combo has been tried before without success and offers a lesson to Apple.

Motorola first tried with their Motorola Atrix 4G Lapdock, with an eleven-inch screen, and the ability to connect the phone to the back of the laptop.

Although voted “Best of Show CES 2011” Motorola didn’t sell many units and ended up offering it to their customers for a lowered price of only $50.

Another hurdle for Apple, is how differently laptops and phones age and are consumed.

Phones are upgraded every one or two years, while laptops are kept for a lot longer.

My mom for example, is content with her MacBook circa 2000’s, but updates her iPhone every single time a new one is released. Most people are like her, and don’t consume laptops at the same rate as phones.

Patent’s don’t always mean the product will come to fruition though, and even if it does, it could be years before we see it on the shelf.

As we move towards making our tech devices more compatible and connectable though, I’m interested to see if Apple will spark a trend for other tech companies, and bring back a wave of morphed products.