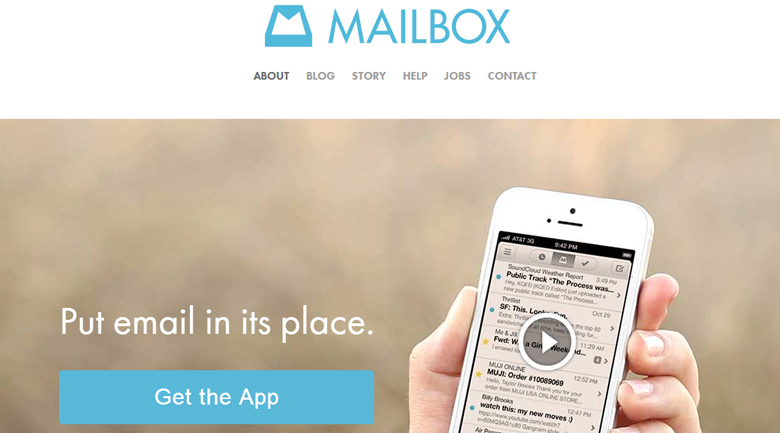 In March 2013, Dropbox became the owner of an app called Mailbox. Available for the iPhone, iPad and Gmail users, quite simply, this app is meant to simplify your device’s email capabilities. Of course, there’s only so much you can ask for from a simple app and at its best, the Mailbox app is useful in a couple ways but still can’t compete with other more robust offerings like Mailstrom, for dealing with emails in bulk.

Easy use with minimal effort

Simple interface and swiping capabilities make it easy to deal with your emails albeit only one at a time. When compared with Gmail’s iPhone app, Mailbox is easier for dealing with individual emails but not so much when dealing with existing folders.

Mailbox doesn’t automatically carry your existing folders into its application but simply offers the ability to archive, delete and set reminders or put into a list with simple swipes.

The ability required is minimal and anyone comfortable using a smartphone or tablet will immediately understand the capabilities after the 30 second tutorial. Mailbox also allows you the option to manage multiple Gmail accounts within the app.

Mailbox is limited to dealing with individual emails at one time, which is a major drawback for users with a large volume of emails to go through each day (for example, almost any business person in the world). The interface isn’t necessarily better than any of the other email management apps out there, in particular Gmail’s.

Overall, because of the folder limitations, there is less functionality even though Mailbox looks very similar. Simply put, if you combined the swipe capabilities and snooze function into Gmail, you’d have almost the same app.

Most importantly; however, are the search limitations. When searching for an email in the Mailbox app using a name, search results are much more limited than those within the native application for Gmail. In a test on both Gmail and Mailbox, results in Gmail showed 20 results (including 4 from the sent folder) but Mailbox only showed 11 results and none of the more recent emails that were unfiled.

So, hype or revolution?

Interesting concept but a bit underwhelming overall when you dive below the fanfare. For some users, who use email recreationally this app will be great, for other, more sophisticated users and those using for business, less so. While Mailbox’s aim is to “change how we interact with email… and put email in its place,” it’s relatively minor changes overall.